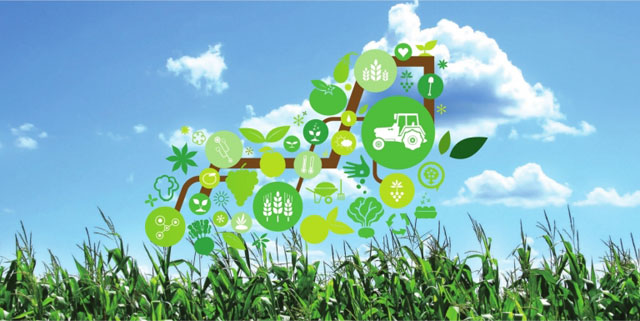 For centuries, new technologies and creative innovation have been pivotal for agricultural progress. Without the advances of scientists, inventors and geneticists, we’d be in a woeful state if we were still farming the 10,500-year old ancestors of our current breeds; or were still growing the ancient wheat cultivars dating back to 10000BC.

Agricultural progress has been staggeringly clever and rapid over the last 100 years, benefiting the whole of society and the food supply chain.

As food producers and environmental managers, farmers have some mighty challenges ahead, so, what’s the innovation horizon looking like for the coming decades? Could post-Brexit policy changes improve technological access for UK farmers?

I have a visceral objection to leaving the EU. But, having made the decision to leave, we now have to move forward decisively to make sure that UK farming can operate within a pro-innovation political environment.

I think there are two points we should be pressing our Governments for. The first is that new technology approvals should be based on science. Many of the EU’s revocation decisions, e.g. on agrochemicals, have been driven by emotion and public sentiment, not fact.

The second is that we cannot approve new technologies that could create barriers to trade, nor harm our strong Scottish food and drink brands, given our need to trade with Europe and new global markets.

For this reason, traditional biotechnology may be permanently unacceptable for the UK, which may not be a bad thing, given the advances being made in other areas. Here’s a few contenders for our future.

Monsanto has been researching RNA Interference (RNAi) biotechnology. It is a technique that was founded 15 years ago for medicinal targeting of cancer genes. Put simply, the RNAi works by silencing genes that cause disease. And unlike the cell-level manipulation of GM, RNAi could be sprayed onto a crop to control a pest or weed.

CRISPR is another recent innovation with the capability to replace undesirable DNA sequences with desirable ones by specific gene-editing in any species of animal or plant. CRISPR has a couple of winning arguments when it comes to regulation; one, it could be hugely beneficial for treating human diseases and, two, it avoids the controversial inclusion of foreign species DNA so widely detested in anti-GM campaigners.

Nanotechnology could be another fascinating tool for farming. Nano ‘sensors’ are particularly intriguing. These ‘micro-recorders’ could monitor soil moisture deficit to automatically control irrigation systems, or could be used in food packaging to indicate food contamination.

Finally, 3D printing could both help and compete with conventional farming. On the plus side, we can already print spare parts for machinery. But, a threat could come from the 3D printing of foods…in addition to the successful printing of fruit, there is even a company called BeeHex that has installed a 3D pizza printer in a New York restaurant chain. Food for thought… excuse the pun!