The polarity of American dairy farming 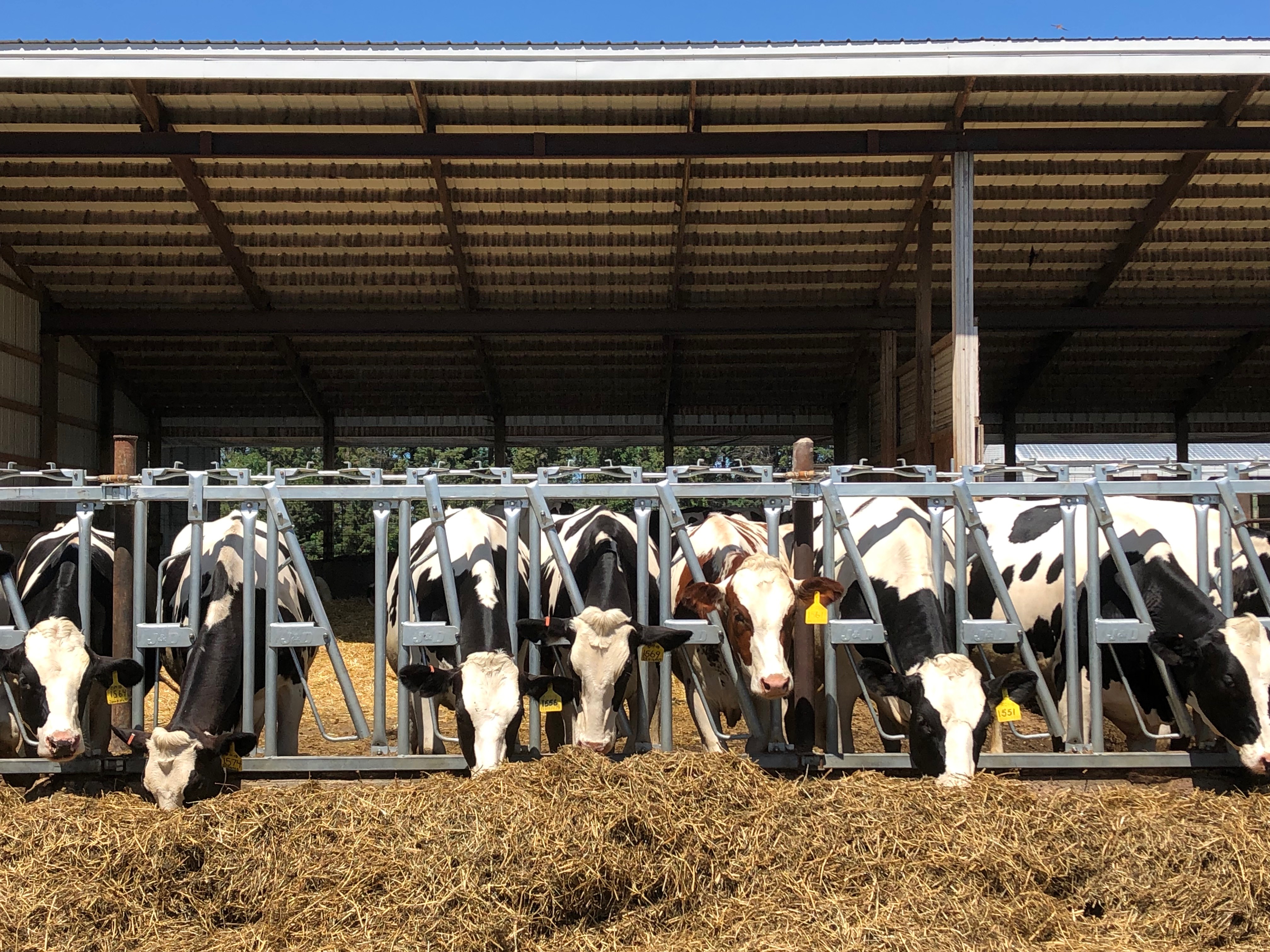 Minnesota is one of the most northerly states in the USA, it borders Canada and temperatures plummet to as low as -50oC in the winter blizzards and rise to as high as 46oC with tornado threats in the summer months. Historically, this mid-west state came to be known as the ‘Bread and Butter State’ because of its numerous flourmills and butter-making plants.

Today agriculture in Minnesota is still very important, it contributes a turnover of $17.1 billion (£14.2 billion) to the economy, of which $7.6 billion (£6.3 billion) comes from livestock production. Dairy farming is a big part of the state’s animal farming, with a large proportion of the liquid milk volume going into producing cheese, positioning it as the sixth largest cheese state.

Dairy farming in the United States has become a tough place to farm according to Jennison Davies of the Minnesota Milk Board.

She explained that, over the past five years, milk prices have dropped from $24.8/100lb* of milk (46p/litre) to $15.5/100lb (29p/litre) as a result of Russian trade sanctions following the Ukraine invasion and the trade wars with China.

“At the time, 14-15% of our dairy production was going to Russia and we’ve also lost about 1% of our market to milk alternatives,” she says. The result is that over 1,000 dairy herds have gone out of business over the past few years.”

Dairying systems
In terms of dairy farming systems, the extremes of scale are nowhere starker than in Minnesota. The state has 2,700 dairy farms milking 460,000 cows. The average herd size is 150 cows, mainly on family farms. But that does not tell the whole story as there are some colossal herds too.

Jer-Lindy Farms, St Cloud, is a family farm that has diversified into award-winning on-site cheese-making and farm tours. The business started with just 40-acres (16.2 ha) and 50 cows.

“It was financially tough then and It’s still very hard work to make a living,” said Jerry Jennissen.

In 2002 the Jennisens bought more land and expanded to 265 acres (107.3 ha), growing corn (maize) and alfalfa to feed their 200 Holstein x Brown Swiss cows. In 2013, their third of four red-haired daughters, Alise, came home to set up Redhead Creamery. Her business now produces 50,000lbs (20.6 tonnes) of eight artisan cheeses; the most award-recognised of which are their Whiskey-washed Munster and their Clothbound Cheddar.
The farm earns its income from direct cheese sales and the 50,000+ visitors annually who come to their shop, simple restaurant and to hear the farm story by way of a walking tour of the farm, milking parlour and cheese-making room.

Mr Jennissen added that, despite their success with agritourism and cheese-making, that It is really hard to survive.

Large-scale farming
Ninety minutes south west of the Jennissen’s is Louriston Farm at Murdock. It is the polar opposite to the family farm as it is home to a 9,600 Jersey cross herd all housed in one gigantic, purpose-built, highly mechanised shed.

This farm is part of a wider colossus – the 14-farm, 106,000 cow Riverview farming business which is run as a limited liability partnership (LLP) and majority employee-owned. The business has 1,000 ‘sharemen’ and 1,200 employees.

The cows in the Riverview system move between the farms in the group, 10 of which are in Minnesota, one in New Mexico (where the cows are all calved), and the others in Nebraska, Arizona and South Dakota.

Our guide, Erin Larson explained how Louriston Farm works. “It is 106 acres (43 ha), it has a 106-cow rotary parlour, the cows are milked every 12-hours and milking – with a team of three per shift – is continuous for 22-hours of the day.”

The Jersey-cross cow is favoured because it is small and has good hybrid vigour, explained Ms Larson. “She produces an average of 2,500 US gallons per 300-day lactation (9463 litres) and lasts around four to six lactations and our oldest cows are 12 years old.”

“We fill a 6,200 [US] gallon (23,470 litres) wagon every three hours, eight to nine of these leave every day,” she added. Which puts Louriston Farm’s annual milk production at close to 91 million litres and Riverview’s business output over one billion litres.

The cows are artificially inseminated using both beef and sexed dairy genetics. “Sire selection is based on phenotype, if a cow is very strongly Jersey, we’ll put her to a Holstein and vice versa; the lower genetic merit cows are put to a beef sire and younger cows are in calf to dairy sires.”

The milking cows are fed a 60% forage diet of maize haylage and alfalfa feed stored on vast pads of concrete under plastic; this is all grown by local farmers within a 30-mile radius who are paid by the ton.

The farm runs like clockwork, and there is no doubt that the animals are all healthy, with routine tasks like foot-trimming and drying-off all carefully planned and choreographed.

Riverview is clearly a meticulously run business overtly geared for profit. But when cows display unusual behaviours like tongue-rolling, thought by some vets to indicate boredom and lack of exercise, as well as grazing, one has to ask whether this system is right for the future of farming.

Jane Craigie visited Minnesota as part of the International Federation of Agricultural Journalists’ Congress in July.

Jane is a Chartered Marketer with over 25 years’ experience in marketing within the agri-food sector. She is a member of the executive board of the International Federation of Agricultural Journalists and the council of the British Guild of Agricultural Journalists. Jane is a graduate of the IAgrM and Scottish Enterprise Rural Leadership Programmes, is a Windsor Leadership Alumna and a Waitangi Scholar. Board member for Lantra and a Professional Agriculturalist (P.Agric).