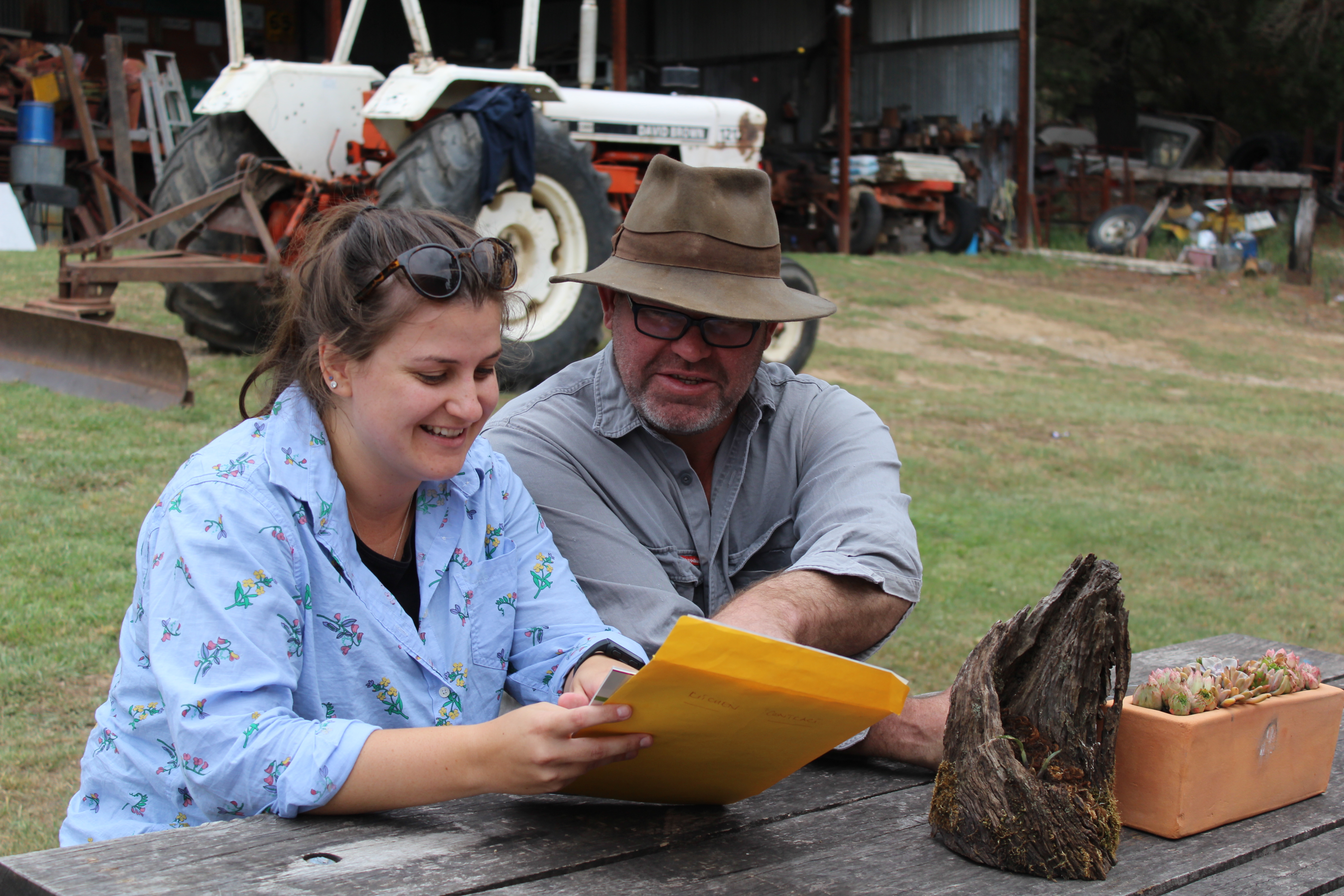 From father to son
My life changed after asking my mother the simple question, “why are we not on the farm anymore?”

Like most families, it’s difficult to explain our experience with succession. My ancestors, the Applebees, migrated to Australia from Yorkshire in the 1800s and settled on a little hill atop the Great Dividing Range. And we’ve never left – the original farm is still in the family today, just not within my direct line.

My grandfather, Jack, grew up on the farm. Jack left school at age 12 to contribute to the family business and spent his time picking apples and cherries and tending to livestock. It was an idyllic albeit modest life, though with two brothers and six sisters the farm couldn’t realistically support them all. When Jack’s father died, the farm was left to his two other brothers and not another word was said about it. I have no doubt that my grandfather suffered a lot of self-doubt from missing out on the farm and his sisters were expected to marry farmers – not become one.

The fact that only the sons were considered for succession is not lost on me. In Australia it is estimated that only 10 per cent of farm successors are daughters, and statistics aren’t much better in other countries. Jack and his sisters lost an important part of their identity when they lost the farm and it’s something I’m still trying to understand.

My cousin Colin now runs the farm and generations later we’re healing old wounds. In comparison to other local families who have experienced a messy succession, we’re lucky that all brothers stayed close until their deaths and Colin is an incredibly close part of our family. Because of this closeness, Colin told me he always felt a sense of guilt from Jack missing out which led him to sell some of the property to my brother to, in Colin’s words, “right a past wrong”.

You could go into any pub, mention succession planning, and hear a similar story of broken families and broken dreams. But why, after years of succession being in the spotlight, are we still getting it so wrong?

Sowing the seeds of succession

Barclay, Foskey & Reeve (2007) reported “close to 50 per cent of farmers (in Australia) had not identified a successor”, indicating that succession is not extensively discussed by farming families, resulting in a lack of preparedness.

I’ve been told that to be successful in business there’s a lot of room for passion, but no room for emotion. But for farmers, their home, family and work are so intimately woven that it makes generational transitions difficult. And this can ultimately result in issues with farm productivity, ownership and income.

On the simplest level, farming families need to learn how to communicate better with each other. I know that sounds like an incredibly basic answer to an extremely complex topic, but how many of us can put our hand up and say that we’re a truly effective communicator? The statistics regarding rural mental health speaks volumes about the communication deficit in rural areas.

How to be a better communicator in family businesses

Every family is different, with unique systems of management that inform their rules or “norms” of communication

These gatherings (frequency can vary between families, but it is widely recommended at least twice a year) are an opportunity to discuss the progress of the business with the family and will create an environment where family members feel comfortable to ask questions. This is also the right communication venue for family members who are not involved in the day-to-day running of a business to get their concerns heard.

Each meeting provides stakeholders with a forum to be heard with open and honest communication that is understood and respected by all.

Active listening is hard. We’re often so keen to get our side of the story across that we forget to listen to what our colleagues and family members are trying to say.

The key to becoming a better listener is to stay quiet and hear the other person out fully, without interrupting, and to keep an open mind when disagreements arise. It’s a lot harder than it seems!

3. Give it time
It’s going to take time and a great deal of dedication and effort to build an environment of open and transparent communication within your family and business. But the rewards far outweigh the sacrifices, as effective communication not only improves the family business dynamics but helps ensure the proud continuation of family farming in Australia.

Alana has a Bachelor of Communication – Public Relations from Charles Sturt University and in 2018 was announced as an Australian Broadcasting Corporation (ABC) Trailblazer for her work on communication and succession planning in family farming businesses. Alana, who recently moved from Australia to Aberdeenshire, is a freelance agricultural communicator, a Rural Youth Project vlogger, cricket tragic and amateur runner who is determined to “bag” a Munro this summer.