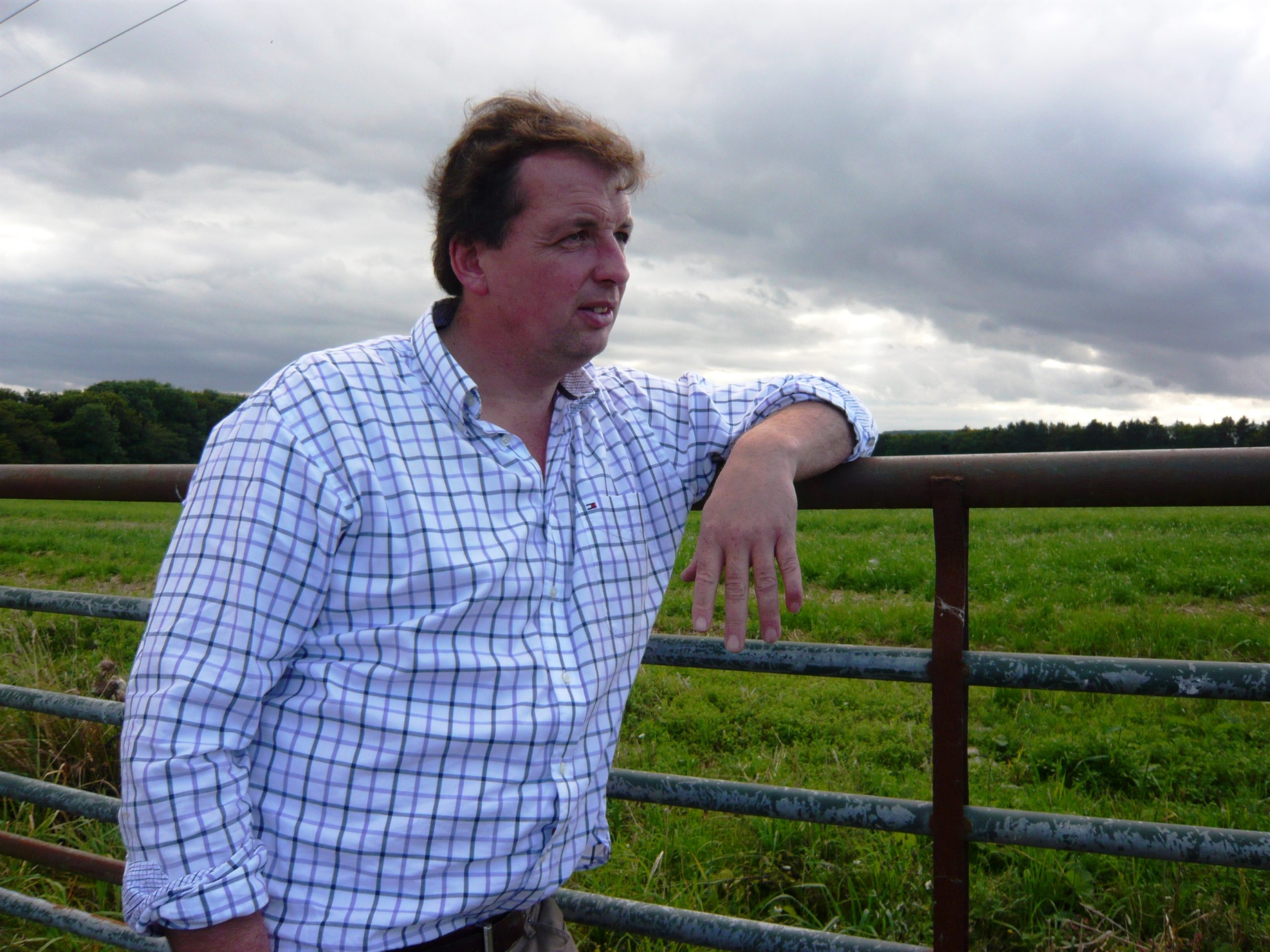 Soil sampling and analysis has proved a key ingredient for success at Nether Aden Farm in the northeast of Scotland, leading to better input management and fertiliser savings.
Nether Aden, run by husband-and-wife team David and Nicola Barron, is a mixed arable and beef farm situated close to the town of Mintlaw, extending to approximately 200 hectares.

Together they grow spring barley, winter barley, grass for grazing and silage, and run a herd of 165 spring calving suckler cows, with all the progeny being finished on the farm.

As previous ‘Climate Change Focus Farmers’, the Barrons are no strangers to implementing new efficiency measures on farm, from investing in renewables and better grassland utilisation, to improving cow nutrition and fertility. As part of the CCFF programme, they quickly realised the importance of their soil on the farm and the need to maintain and improve it.

In spring 2022, Nether Aden was revisited by the Farming for a Better Climate team, run by SRUC on behalf of the Sottish Government, and soil samples were taken from a 41ha block of arable land using GPS analysis. This land was chosen for analysis as it is some miles from Nether Aden itself and it was thought that the fertility would very likely be lower than other parts of the farm.

David Barron said: “Everyone was quite pleasantly surprised by the results that came back. Firstly, the pH’s were not as low as had been feared and the majority of the fields analysed were found to have moderate levels of phosphate and high levels of potash.”

Following the results, David applied only 34 tonnes of lime to two of his fields which were to be sown into spring barley, a much lesser volume than he had anticipated. He discovered that given the large variation in pH across the fields, if he had applied a routine, blanket application across the whole field, it may have led to some trace elements being less available for the growing crop.

More lime was then applied in the autumn of 2022 to another of the two sampled fields prior to being sown into winter barley and only 22.3 tonnes of lime was needed for 22.8 hectares – an average of only one tonne per hectare. Again, there was a large variation in the pH’s found within the fields.

David continued: “If I had applied a routine blanket application of lime to these fields, I would have been applying a total of approximately 150 tonnes of lime, when the results found I only needed 56 tonnes. Historically, I have used a compound fertiliser with an analysis of either 0:26:26 or 5:24:24. Based on the soil analysis, for these fields I will now be able to use a fertiliser with a lower level of potash, for example for the spring barley, I’ll use a fertiliser with an analysis of 5:26:13, which will deliver cost savings of approximately £100 per tonne of fertiliser. For all the fields analysed during this exercise, this equates to a fertiliser saving of over £1,100 per year.”

All sampling and reporting was carried out by Soil Essentials, with the samples being analysed through the SAC Consulting soils laboratory.

SAC Consultant Alan Bruce commented: “Knowing the health and the fertility of your soils is essential to run a productive farm and to farm sustainably. If you do not know the lime status and the nutrient status of your soil, it is impossible to manage your inputs in order to maximise your outputs.”
Scottish farmers, crofters, and agricultural contractors can claim funding for soil sampling and analysis as part of the first phase of the ‘Preparing for Sustainable Farming’ programme, which was announced by the Scottish Government in spring 2022. For more information and advice, visit the Farming for a Better Climate website at www.farmingforabetterclimate.org.