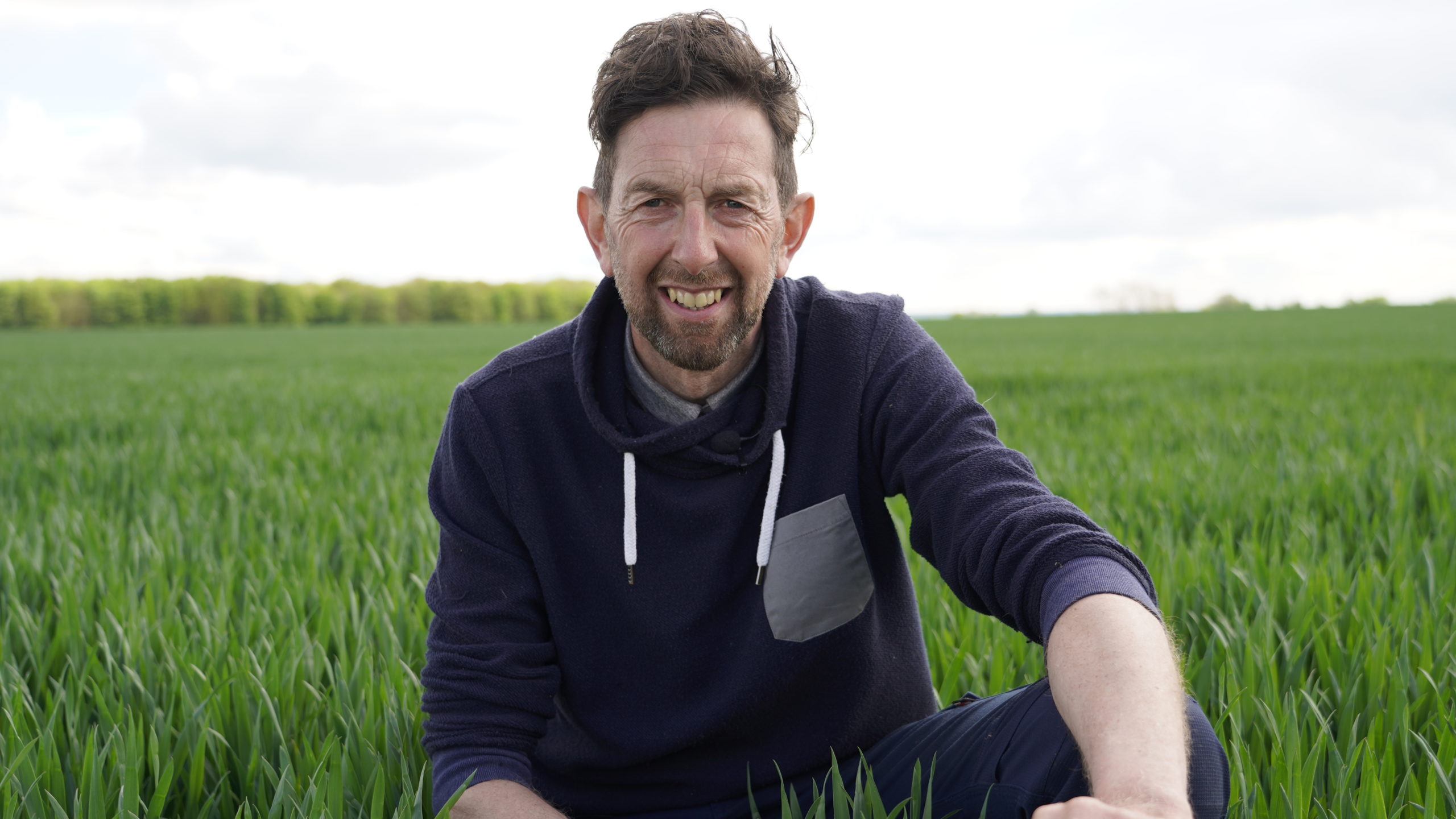 This season is looking promising with prices buoyant and recent rain giving crops potential for growers to invest in. However, ripples from the horrendously wet autumn of 2019 are still being felt, with cash flow on farms depleted leading to economic pressures.

In Lincolnshire Pat Thornton of Low Melwood Farm said, “We are growing varieties this year which we’d bought but didn’t get planted last year. They perhaps wouldn’t have been the varieties of choice, as with time varieties move on, but that’s what we had and that’s what we have used. Last season 80% of the farm ended up in spring barley which left us with quite a quantity of seed wheat in storage.”

The wheat was mainly drilled in early October and up until about three weeks ago disease pressure was particularly low. Mr Thornton said, “We didn’t apply a T0 to any of our wheats and our T1 was all about keeping an eye on Yellow rust. I don’t really go by the calendar, I understand the yield potential of all the leaf levels and because of the size of the farm and the capacity of the sprayer if there is an issue I’d sooner just tidy the crop up, if you can do it economically. We used tebuconazole which only cost in the single figures per hectare, so it was pretty economical.

Obviously now, with some pretty significant rainfall events we are keen to get back in and get on top of the Septoria coming into the crop.”

Mr Thornton plans to use Revystar® XE at T2 in his BASF Real Results trial and in the adjacent crop, all the variety Sundance. He said, “In terms of bang for your buck; when you look at the AHDB dose response curves, Revystar® XE is as good as anything out there, in terms of what you are getting and return on investment. Although Sundance is one of the less responsive varieties, the crop looks to have potential, the market looks pretty good and so for me that’s where I’m going to put my money. The weather is catchy and so if you are investing that amount, when you wrap those booms up you want to know that the fungicide is on that leaf and it is there to stay, and all is safe. That’s what you get with Revystar® XE.”

Further east in Lincolnshire, Alex Borthwick farms 880ha near Market Rasen where he too is planning to invest in his winter wheat crops at T2, applying Revystar® XE. Mr Borthwick said, “With the showery weather we are looking at the T2 timing to give a kickback on latent Septoria on leaf 2 and hopefully a really strong protection on the flag leaf.

We have tried to grow varieties that don’t have Yellow rust issues and have been able to skip T0 this season because of that.”

All the wheats had Adexar® at T1 which Mr Borthwick bought forward last autumn. He said, “Just prior to T1 it was looking very dry and then the heavens have opened and not really stopped since. We were fortunate in that we got the T1 on at the perfect timing, onto leaf 3 when it was fully emerged.”

The late spring has brought challenges in terms of growth regulation- with crops very short in the dry weather, but Mr Borthwick cautioned, “You have to be mindful that they have 140 kg/ha nitrogen underneath them, ready to be taken up as soon as moisture becomes available.”

Across the UK BASF Agronomy Managers have been out and about crop walking. In the west Midlands, Colin Mountford-Smith said, “Winter wheat is approaching flag leaf, and T2 applications will start this week. We have had a lot of rain, more rain this month than the rest of the year put together, so growers may have to wait before they are able to travel. There is, however, a range of growth stages, which is probably more due to the cold weather which held crops back, than the dry. That said, crops look really good and there is plenty of potential now.

Disease wise there is Septoria at the base of plants and we have had some very heavy rain events so rainsplash is likely to play a part especially as crops are very short this year due to the cold and dry conditions. A lot of the wheat is a good 10cm shorter than we would expect at this time of year so the distance for Septoria to get splashed up is reduced.”

In the north of Mr Mountford-Smith’s area, in Lancashire, crops are a week ahead. He said, “Crops have really taken up moisture and nitrogen and growers are just waiting for suitable spray days to get T2 on.”

In Kent and East Sussex, Jonnie Dennis said, “T2s are starting now, delayed slightly because of the wet and windy weather last weekend.”

As in Mr Mountford-Smith’s area spraying of T2s is likely to be protracted. Mr Dennis said, “Because so much of the crop was drilled later down here I think there will be about a 2 week period over which T2s will be going on. Septoria is the main focus, and it is moving up the plant, so the threat is live and a robust T2 is on the cards everywhere.”

In Scotland, Scott Milne agreed, “Given the amount of rain we have had the Septoria pressure will be high. With the current value of the crop £190/t and crops full of potential it is worth investing in the T2 spray as it contributes so much to yield and allows that potential to be fulfilled.” He added, “The other thing to consider is a final Plant Growth Regulator (PGR) application of either Terpal® or Canopy® as some crops are quite lush.”

Oilseed rape crops across the country have improved greatly over the last few weeks. Crops are, however, very short and often uneven which has resulted in prolonged flowering. Because of this and the amount of rainfall all areas have experienced during petal fall, many growers are opting to spray twice for Sclerotinia.

Mr Milne said, “The oilseed rape crop took a serious pounding given the weather, but it is really amazing how it has perked up. There is potential there and with buoyant prices crops are well worth looking after.”

In Scotland, the winter barley crops have received their T2 spray applications. There are bits of Rhynchosporium in crops and cold weather has added to crop stress. Mr Milne said, “In April there were 22 nights that we had a frost making it a cold, wet difficult season for the crop. There are still small pockets, mainly in high ground areas, where spring barley has yet to be drilled. Crops in the ground will be looking to get the herbicide on as quickly as possible. In the south of England Mr Dennis said, “Spring barley crops look well, they have just finished tillering and have received their first fungicide and herbicide.”

Winter beans in the south and in the Midlands are mixed, with those crops which established well in the autumn looking good. In the south, the first fungicide has been applied and crops are just starting to flower.