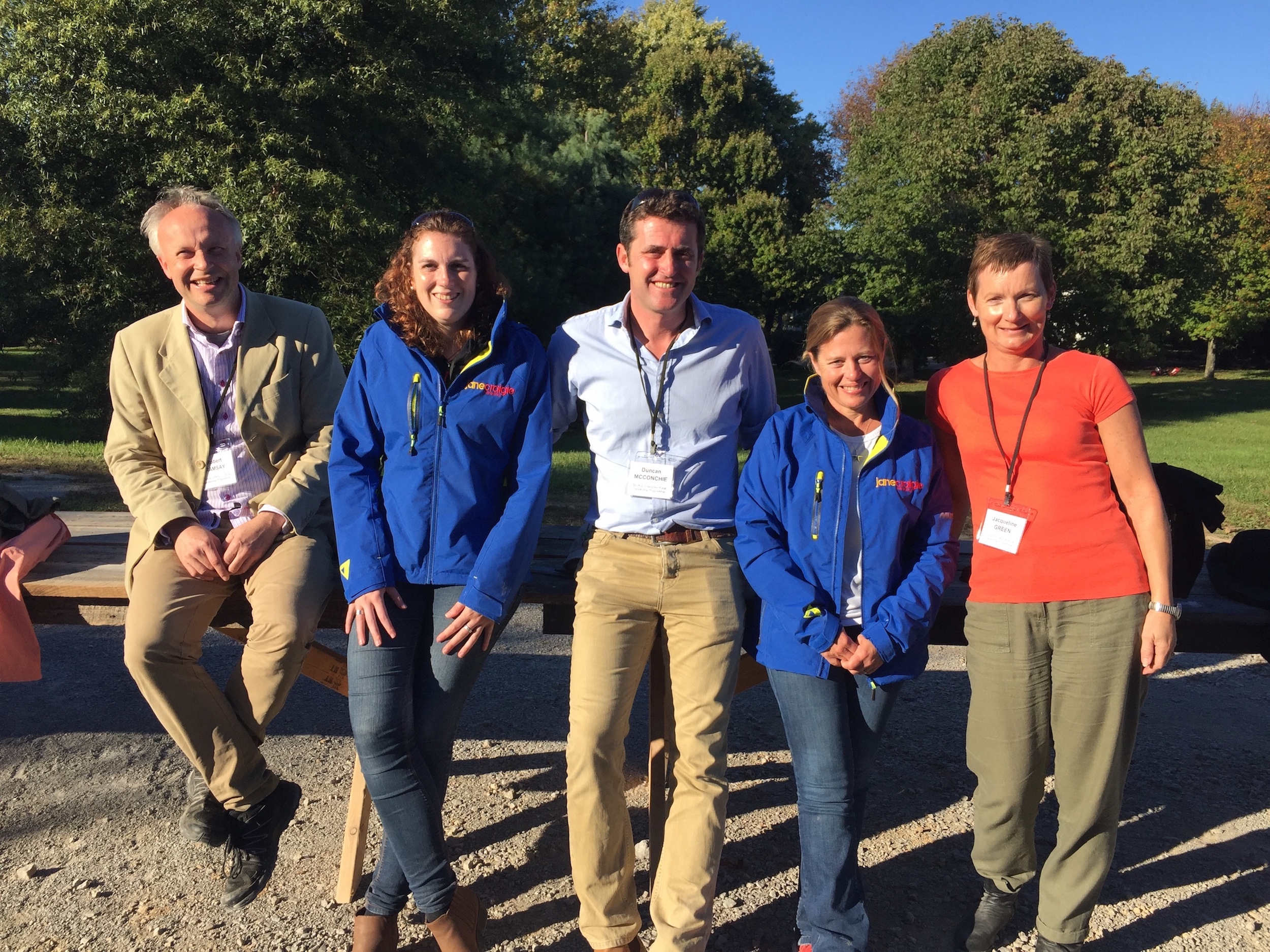 Four Scottish Enterprise Rural Leaders recently spoke at the International Leadership Alumni Conference (ILAC) in Kentucky. The event was run over four days, bringing together agricultural and rural leaders from the USA, Canada, Australia and Scotland.

The Scots spoke as part of the Ideas Festival organised by Jane Craigie, and her colleague Rebecca Dawes, as part of the wider event following the success of a similar event in Scotland in the summer of 2016 at Loch Leven’s Larder.

“The concept of an Ideas Festival is to stimulate creativity, ideas and action by disrupting the conventional idea of a conference, held in an identikit hotel, with identikit food,” says Jane. “The basic elements are great speakers, fabulous local food, drink and entertainment, such as live music, in an informal and beautiful rural setting.

“Their purpose is to get the audience listening to inspiring people telling their stories, to encourage conversation and to collective solve often identical rural challenges, such as skills and labour shortages, the need to diversify income streams and succession planning.”

The other delegates were made up of graduates of the US and Canadian agricultural leadership programmes, from a range of very different States and farming regions.

“Attending was a woman dairy farmer milking 1,500 cows from Arizona, a first-generation cattle farmer from Alabama and a tobacco grower from Pennsylvania, yet despite the differences in where we all live or farm, the challenges for rural leaders are almost identical.”

She expands on her point using two of the speakers as examples.

“Duncan McConchie farms wet, challenging land, with his four-generation family, in Dumfries & Galloway; in sharp contrast, John Elliott lives in an arid, hot, drought-ridden region of western Queensland. Both live in remote farming-dominated areas that need to diversify into other income streams to sustain their businesses and communities.

“The Scottish McConchies have diversified into adventure tourism and weddings benefiting from their stunning coastal location, whilst Winton, Australia has capitalised on what it has by using its craggy, red landscape to become a destination for the film industry, drawing on its heritage links to the Waltzing Mathilda song with a music festival and becoming a region for dinosaur fans after discovering lots of dinosaur bones.

“At a time when American and Canadian farmers also recognise the need to diversify into tourism, niche food and other enterprises in the face of dwindling returns form conventional farming production, the speakers and ideas were received very warmly,” Jane adds.

“We held the Ideas Festival in a wooden barn with drying tobacco and medical hemp drying over our heads and ended the day with an informal farm walk and talk and Kentucky Bourbon tasting.”

Julia Latto, commenting from Scottish Enterprise, said: “We believe that by encouraging people from Scotland to go across the globe is vital to build trade networks, to shift mindset and raise ambition amongst rural businesses. We’ve been delighted to support these four rural leaders to visit Kentucky to explore how other leaders in other countries are leading the way and overcoming their different challenges, as well as how they undertake trade and grow their businesses within their markets.”

Jane adds: “Scottish Enterprise is very supportive of international connections made at events like this because it creates networks and trade links for Scotland. As a country, our exports are declining, with 60% dominated by just 100 companies, which as we approach Brexit needs to be reversed.

ILAC is part of the wider International Association of Programs for Agricultural Leadership (IAPAL) network. This year’s IAPAL Conference was held in the Northern Territory of Australia, next year’s ILAC Conference will be held in Louisiana.

“These events give us a great opportunity to tell our country’s story and to take our leaders out of the comfort zone of what they know, which is vital for leaders to develop and think differently,” Jane concludes.

Jane Craigie Marketing will be running two further Ideas Festivals in Scotland in 2018 – one focused on rural youth, the other for a travelling delegation of American Rural Leaders.