Resilience lies at the heart of rural places 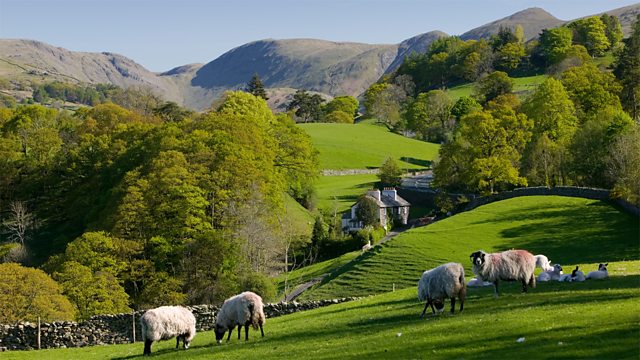 Living and working in rural areas can be challenging. Severe weather can isolate communities from the outside world, inadequate infrastructure can take its toll practically and economically on businesses operating in the countryside, and a lack of funds – public or private – can make survival at best difficult, or at worst impossible for some.

Yet, in so many parts of Scotland and the wider world, adversity doesn’t deter people from building their lives in remote places – whether that’s Fair Isle, Mongolia or Outback Australia. I’ve been very fortunate to visit some such communities all over the world through my role within the International Federation of Agricultural Journalists.

My travels have fostered an important learning for me, which is that at the heart of surviving – or thriving – rural communities need three important pillars – resilience, leadership and political support. A visit to Outback Australia last October brought home just how vital these pillars are.

The farmers I visited in the far west of Queensland were four years into a fierce drought – literally no rain had fallen. When I arrived, on the surface, I saw a desperate rural community in a region reliant on agriculture. The usually semi-arid land, by then parched, is suited to sheep; however, the scourge of wild dogs (feral domesticated dogs crossed with dingoes) and powerful kangaroos that quickly destroy any fences erected, mean that farmers have had no option but to switch to cattle for their livelihoods.

The cattle are hard on the fragile land that had rapidly become unable to sustain even a small number of breeding females saved for better times ahead. By the time I visited just over a year ago, 80-90% of the farms in the region were destocked, farms had ceased trading, yet the farmers and their wider community – retailers, electricians, schools, hospitals – had to survive and think to the future.

Amidst the many harrowing stories I’d heard of desperate times, dead animals and suicides, there were people who demonstrated tear-jerking resilience, leadership and fostered political support which have been fundamental to carrying these incredibly stoic rural communities through.

In Longreach, leaders of the local community – including a farmer, James Walker – looked to both the immediate and long-term future. They organised a fund-raising drought-relief concert and they successfully lobbied the federal and national Government for emergency funding – via a public summit called the Bush Forum. Whilst they were lobbying they insisted on the installation of superfast broadband to allow new industries to develop, to make the region less reliant on just farming. The Walkers are also working with others in the community to build Longreach as a destination for Outback tourism.

Two hours’ drive away in the Winton region, resilience and leadership is behind the energy in this prosperous little town. The four regional mayors – some of who are farmers – are united, strategic and have made some bold and creative decisions on how to use their funds – private and public – to develop Winton as a multi-faceted destination.

Winton has made something of everything it has – rugged scenery where the sun rises and sets in cloudless skies, day in and day out, has become the location of many film sets and the newly-formed Outback Film Festival. It has a hugely popular annual music festival; and a local farmer with an interest in palaeontology has discovered a rich heritage in dinosaurs in the area spawning a host of related tourist attractions. Even the small, local racetrack is being developed to include overnight accommodation to serve as a lairage stop for the hundreds of livestock and good-carrying road-trains travelling through the Outback.

Australia may be on the other side of the world, but I saw so many parallels to Scotland, and just like their rural communities, we too need resilience, leadership and political support to survive and thrive. I believe that we are lucky in that we have the ear and the support of the Scottish Government – unlike many rural communities – including our southern neighbours.