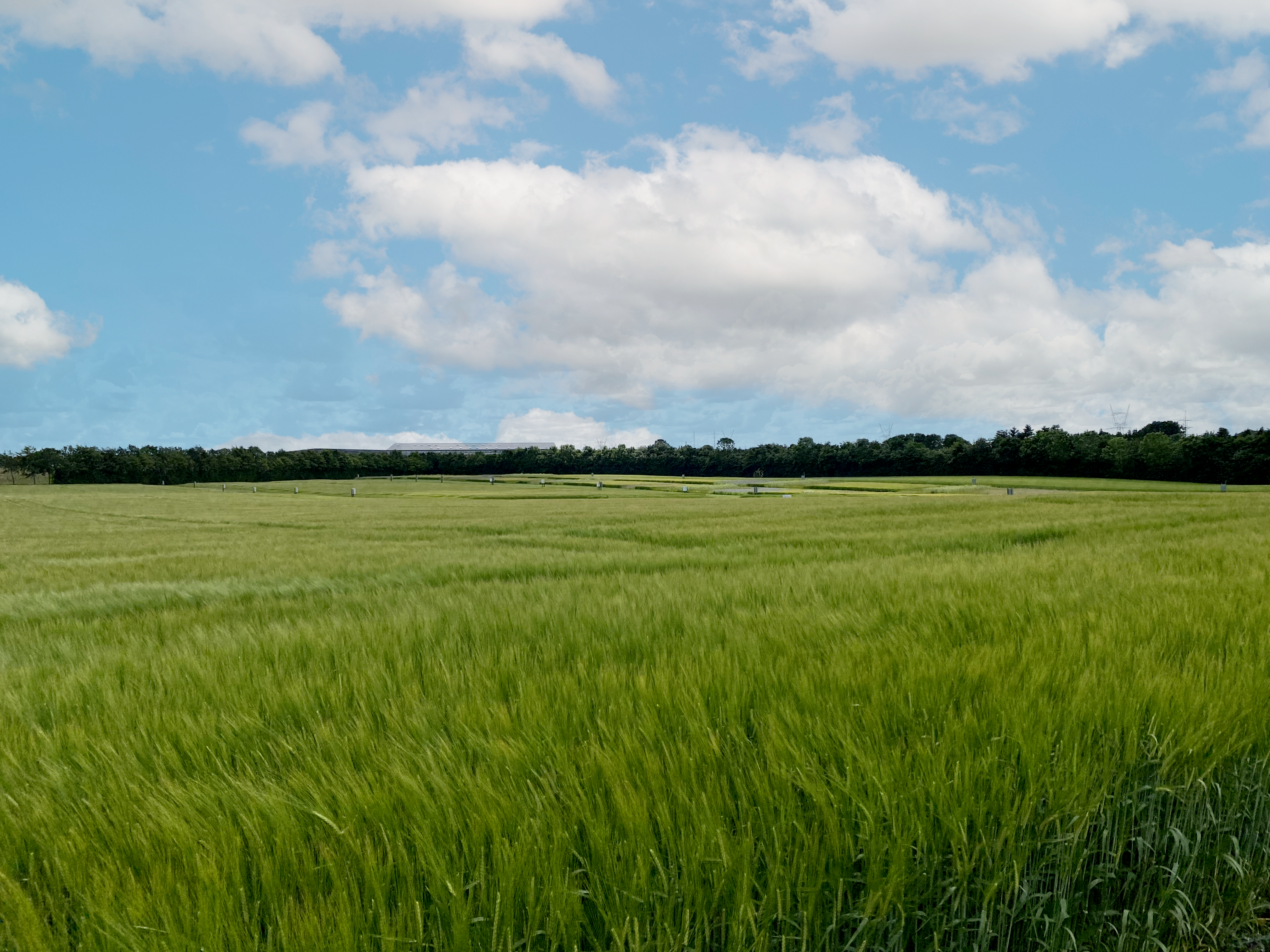 As I write this, I’m sitting in rural Denmark at the International Federation of Agricultural Journalists’ Congress. In many ways the Danish landscape is similar to much of Scotland; farmers are dominantly growing spring barley, oats, as well as lots of grass and clover and there, are a lot of natural features, like hedges and pockets of woodland, field margins and riverside tree planting.

However, as you drive through Jutland, you start to see the differences in our nation’s approach to farming, such as the lack of outdoor grazed livestock and dairy cows. The agricultural buildings are spatially distant, and those that we’ve visited are highly specialised, intensively managed, pig or dairy units. And, the domes, spheres and wigwam-shaped infrastructure of biogas plants are prevalent in all rural landscapes.

Like anyone interested in agriculture, looking over hedges informs you about how people farm, where they earn their income and what their restrictions are.

Denmark is firmly on the path to green food and energy production and the country’s farmers and food companies operate in one of the world’s most stringent climate-conscious economies.

Pesticide taxes have existed since 1996 – fungicides are charged at 25% and insecticides at 35% – there are uncultivated, unfertilised and non-spray buffer margin restrictions on land 10m for watercourses and 25m around drinking water wells. In a controversial move last week, the Danish Government announced the introduction of a carbon tax of 750 Danish Krone(DDK)/tonne of carbon emitted (£87/tonne) by 2025. New Zealand has already made the same move, however, their taxation level is far less punitive for farming at 18DDK (£2/tonne).

Denmark’s countryside reflects this drive towards net zero, as does the research its universities and private sectors undertake. Importantly, the Danes’ innate ability to cooperate and co-invest has – and will – be important in building the infrastructure needed to reduce the country’s reliance on carbon and synthetic inputs. Denmark’s food and energy organisations are dominantly coops, Danish Crown is owned by its farmer suppliers, it slaughters 30 million pigs/year, Arla has 8,956 farmer members responsible for 1.5 million cows in seven countries, it processes 13.6 billion litres of milk/year. Both of these businesses are investing heavily in reaching net-zero by between 2030-2050.

Biogas plants are aplenty and closely linked to farming communities, many are coops; the biogas network now produces close to 30% of Denmark’s natural gas supply, much-needed natural fertiliser for the burgeoning number of ecological and organic acres and carbon dioxide for the food and drink sector. One plant we visited processes 600k tonnes of biomass annually – farm-yard manure and litter, food and municipal waste. When natural gas prices are low, the Danish government subsidises the biogas sector, however current prices of 10-12DDK/m3 (£1.16-1.39/m3) mean that it is a prosperous time for these businesses.

Research and development is firmly focused on the future. At Aarhus University, there are trials on many systems and crops, as well as a large farm biorefinery which extracts base ingredients from plants – for example, protein is being extracted from grass to feed, in powered form, to pigs, poultry and humans – apparently grass contains 20% protein of a very high quality – including all important methionine needed by pigs.

Travelling to Denmark’s farms makes me and my fellow journalists feel like we are seeing a true picture of the future of farming – highly specialised, highly efficient, wholly cooperative and fully integrated with the nation’s energy and food infrastructure. Our own UK governments are watching the Danes closely to learn from their policy and practices; so I would urge anyone committed to farming for the long term to visit this hugely progressive and inspiring nation.