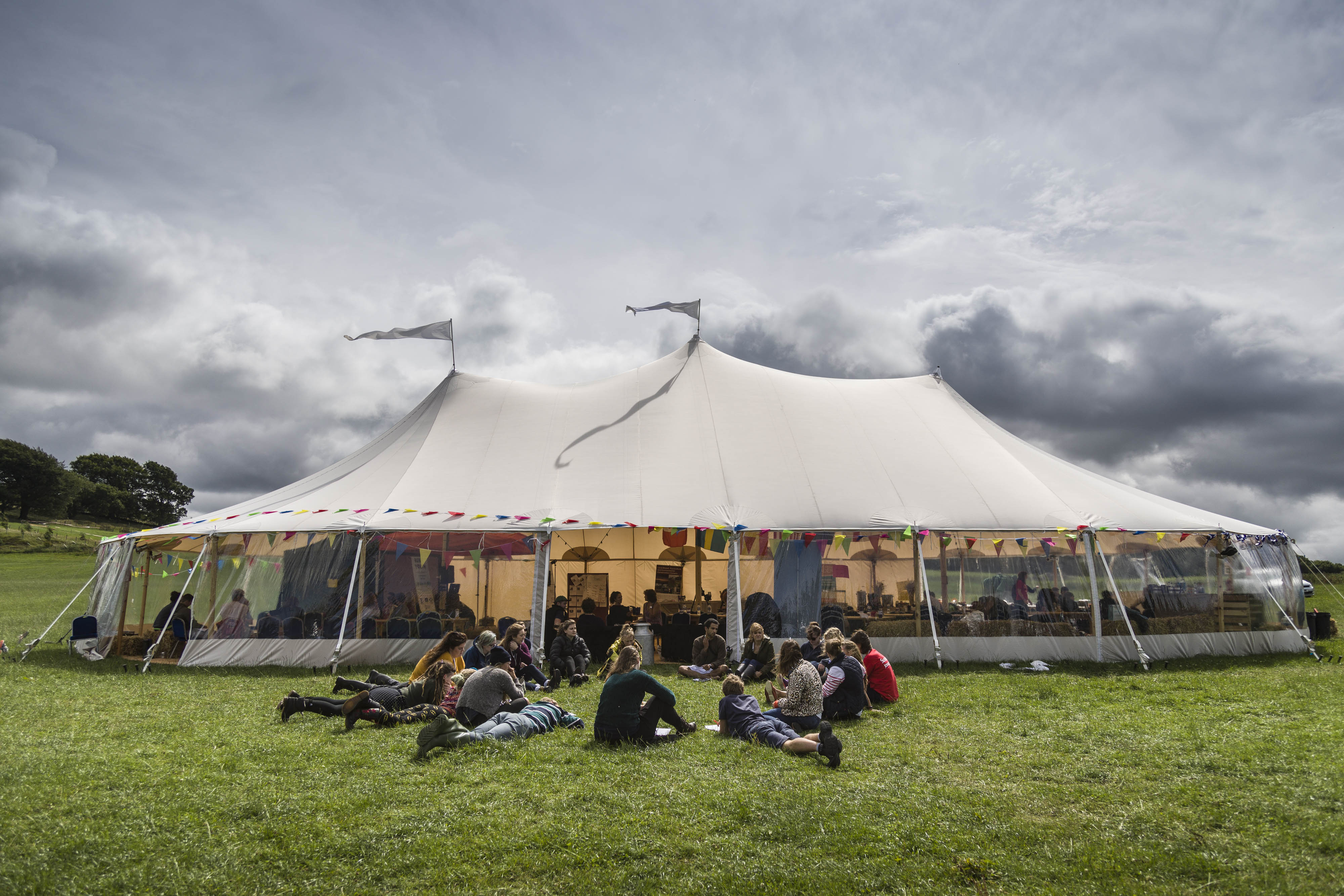 We hosted the first-ever Rural Youth Ideas Festival on Rebecca’s farm near Kinross last week. Against a backdrop of glamping, live music and local food, over 80 young people enjoyed a line-up of inspiring speakers from rural businesses – from Jamie’s Farm to Bruachladdich Distillery to a paralympian farm girl from Indiana – and interactive workshops to encourage young people to have the confidence to use their voice and take the lead to make positive change in their local communities.

A huge shout out to Rural Perth & Kinross Leader who fully funded the festival and allowed us to turn our crazy, ambitious ideas into a reality. There was a great buzz throughout, and testament to the festival and the confidence and skills it had already started to instil, was seeing delegates speaking out and sharing their own stories and ideas during the open mic session on the last day. Many of those who spoke out had said only the day before that they couldn’t do that.

The festival is part of the Rural Youth Project (www.ruralyouthproject.com) which we initiated earlier this year. A survey was launched in January to find out what the challenges and opportunities are for young people living rurally, and the findings from the 755 responses were announced at the festival to an audience including Mairi Gougeon, Minister for Rural Affairs and the Natural Environment. We were utterly impressed that Ms Gougeon was out for a farm run with some of our delegates at 7am. A triathlete herself, those accompanying her certainly felt they had been put through their paces! It also illustrated perfectly that politicians are accessible and open to talking and communicating.

The workshops included the serious business of leadership, networking, entrepreneurship and telling your story effectively, as well as some fun ones with sausage-making with Farmer Dawes, mixology with Jack Adair Bevan, making surf-boards from wood with Frazer Reid, a Mudder Lite, clever and cool designs from a farmer-designer Dewi Uridge and finding out more about thermal imaging on CAT smart phones.

It has been an immensely positive and informative event for everyone. Young people are the life-blood and future of rural communities, and if we can unite young exuberance with the assets older people can offer – experience, networks and the ability to mobilise resources to help – we can empower young people to enact change themselves and shape their own future as well as that of the rural economy. This festival was an inspiring first step of this rural youth movement, with over 80 enthusiastic, focused young people keen to make a difference in their own rural community and we look forward to building on the enthusiasm and the findings prompted by the festival. The first step will be initiating three pilot projects in 2019 that support and inspire young people in rural places to lead and make positive change to make rural places attractive to other young people as a place to live and work.