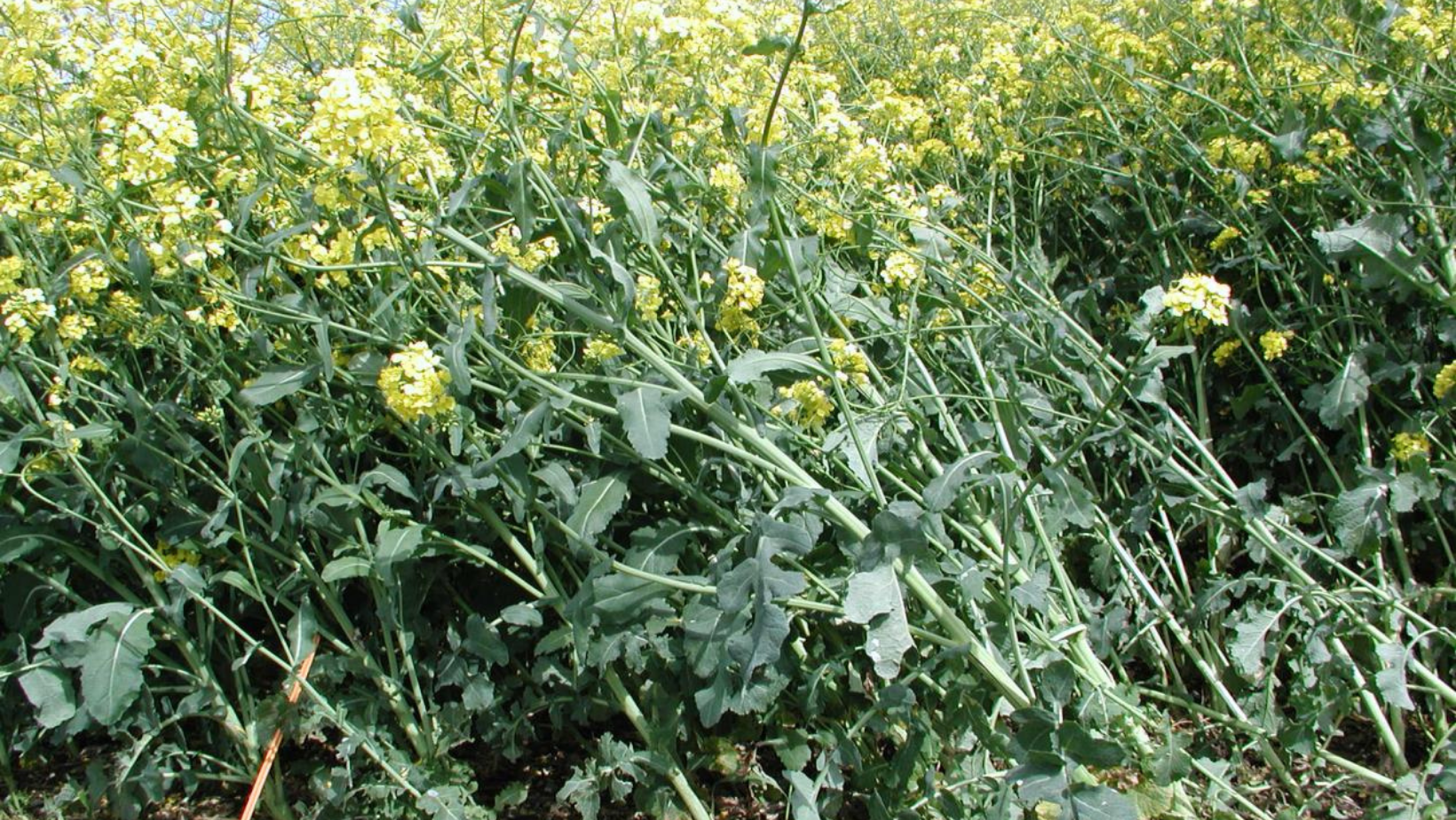 “Lodging is estimated to cost the OSR sector £47 – £120m each year and is widely underestimated,” said ADAS Head of Crop Physiology, Dr Pete Berry who shared the platform.

In adapting his crop management to combat CSFB, grower Tim Hayward, has inadvertently increased the potential of lodging but with careful monitoring, Pete and Fran were confident the risk could be managed.

“It’s long been assumed that CSFB larvae and their activity affect stem strength,” acknowledged Fran.  “But we wanted to know, by how much? And taking it one-step further, what impact does that have on lodging?”

ADAS field trials took 50 plants at the end of flowering in May from two sites in East Anglia.  The team assessed those plants’ stem diameter, breaking strength and the internal damage caused by the CSFB.  By assessing the percentage area of stem damaged, the plants were sorted into five categories ranging from ‘minimal’ (plants with less than 5% damage), to ‘severe’ (plants with 76-100% of stem area damaged).

“There was a clear trend showing thicker stems were stronger – this is not news. However, the results also showed that higher damage was associated with the thinner stems. But why?”

Fran Pickering looked again at the type of damage the CSFBs were causing; predominantly mining and browning at the base of the stem.  She argued that this type of damage restricts the take up of nutrients and water, which in turn, restricts growth.

“Plants taken from the second site revealed that for any given stem diameter, more damage makes stems weaker. The larval feeding not only restricts thickness of the stem but hollows stems, reducing their strength.

“Even low levels of CSFB damage significantly reduces stem strength. On average stems with less than 25% damage were 29% weaker.”

Effects of lodging on yield

In another experiment, ADAS researchers mimicked natural lodging in crops to assess the impact at harvest.

“Where crops lodged at 900 between flowering and early seed fill, nearly 50% of yield was lost. Where the crop was lodged, at 450, about 20% of yield is lost and even modest leaning at about 22o reduced yield by 7-16%. Severe lodging also reduces oil content by up to 8%.”

The reason behind this extreme loss, Pete explained, is that any leaning or lodging squashes the leaves and pods together, and this impacts on light capture and efficiency of use.

There are a number of actions growers can take to minimise lodging. Pete suggested growers with large canopies consider the delaying or reducing the first nitrogen split and using a PGR.

Tim Hayward from Berkshire, has changed how he grows OSR to combat the effects of CSFB.

“Previously we were drilling after barley. We are a late farm so it would be first week of September before the OSR was in the ground. In 2019 and 2020 we had dry spells in September. That, together with the CSFB damage, meant we had some crop failures.

“Now, we’re direct drilling into long wheat stubbles and paying much more attention to the forecast.”

Being on thin chalk soils with restricted potential yields, Tim hasn’t, historically, had a problem with lodging.  But moving to conventional seed sown at higher seed rates, combined with some larvae damage, his crops are higher risk.