Life Lessons Growing up as a Livestock Farmer’s Daughter

From early mornings shifting cattle before the school bus, to summer holidays touring round the local agricultural show circuit, nothing has shaped my life and personality more than being a livestock farmer’s daughter.

No matter what the occasion, the stock come first. Whether you’re dressed ready for a wedding or heading down to the local pub with mates, you should always be prepared to get the phone call; “you’ll need to come home and help calve a cow” or “there are cows out on the road”.

Have a big night? Well, you can bet that if there were calves to castrate, Dad booked the vet to come first thing in the morning, with no sympathy for how late my brother got in nor how sore his head was.

Farming ties families together. One moment you’re in the middle of the yard screaming and fighting with siblings, and the next you’re cracking jokes; but you always know they have your back.

Living and working with family means business chat is never far away, and these can often lead to ongoing debates and ideas such as; “should we buy more cows”? (Mum’s vote was always a strong no).

Don’t be surprised if your idea, suggested months ago and dismissed, is suddenly a great idea when proposed by someone else. Keep quiet, act surprised and say: “Good idea! Don’t know why I didn’t think of that.”

3. If you can handle shifting cows with your family, you’re ready to take on the world!

A big part of being a farmer’s daughter is learning how to read minds. Often, Dad or my brother would have a plan in their head, and they will expect you to know it without being told.

What should be a simple, straight-forward process will often end up with someone storming off, a few choice swear words, and the cows going through that one small gap Dad said wouldn’t need to be covered because “the cows know where they are going”. There have been countless times I’ve been scolded for standing in the place I’ve been told to because I “wasn’t meant to stand there”.

When you’re working with livestock, the pressure is on and you learn to not always take things to heart, especially when things don’t go to plan. 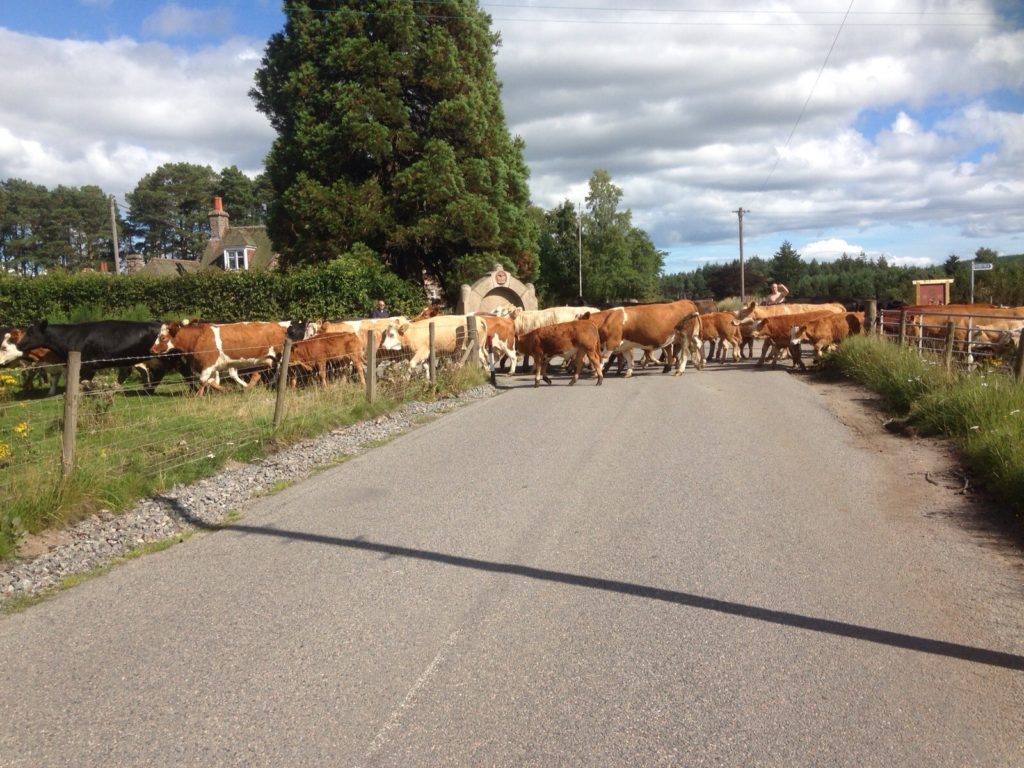 4. The circle of life

From the gory caesarean in the middle of the night that results in the exciting arrival of a new calf, to the day you see the float drive off with the favourite old cow that’s come to the end of her time in the herd, you witness the good and bad times growing up on a farm. You cry a lot of tears but gain a lot love and memories.

And let’s face it, farming parents have the easiest “get out of jail free” card when it comes to the awkward “birds and the bees” chat. Thank heavens for tupping, bulling, lambing and calving!

5. Thick skinned and a high immunity

Making mud pies, feeding pet lambs or returning to the house covered in manure – growing up slightly feral never hurt any farm kid (except when you were made to “test” the electric fence).

“Sick days” are few; you’re more likely to get a day off school for an agricultural event rather than being ill! 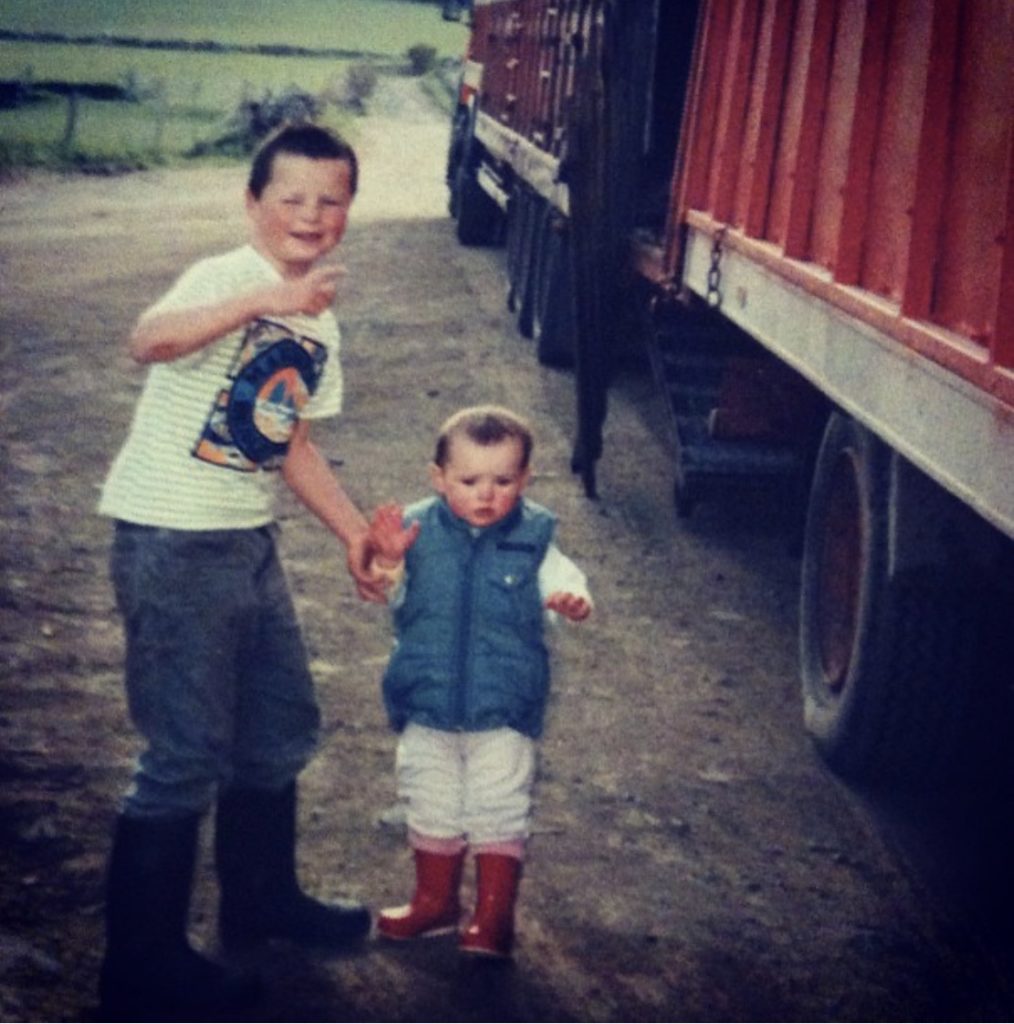 Suited, booted and ready to hit the road in the livestock lorry!

6. Your first official job is based on your ability to open and close gates

As a country kid, if you can jump out the tractor on your own, open the gate and close it again, you’re hired!

Once you’ve mastered this, you will then progress to opening endless silage bales with Dad’s trusty old rusty pen knife.

My siblings and I often grumbled that we were being used as slave labour and over-worked but we were being taught some of the most valuable lessons you could learn – responsibility, respect and independence.

We always had chores, whether it was feeding the animals or doing the dreaded dinner dishes. If we wanted something, we had to earn the money to pay for it. Reflecting with my siblings now, as adults, we realise that this form of tough love gave us a healthy appreciation of how to save and work for what you want in life.

7. You understand the importance of seasons

Growing up, we rarely had sit-down family meals because Dad was often not home before bedtime and gone before we got up. Being on a family farm often means that sacrifices have to be made to get the job done. My Dad even managed to miss the birth of his third (and favourite?!) child – me!

Farmers don’t stop come 5:00pm, they stop when the job is done. Because of this, you learn from an early age that mother nature can be your best friend or worse enemy and that it’s best to not speak when the weatherman is on TV. 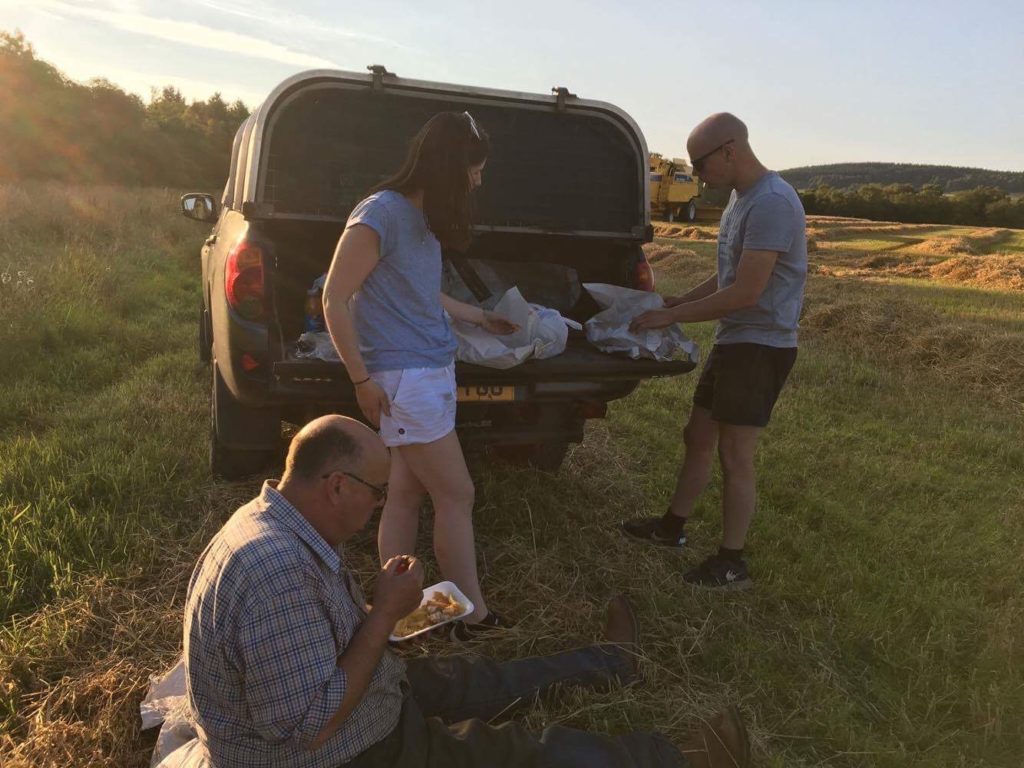 My family live in the middle of nowhere. There’s no bus stop or local shop and the hub of the community when we were younger was a garage and a little pub, which has since closed.

The highlight of our week was a trip to the pub on a Thursday night, where my little sister and I became regulars with our Dad. A can of coke, packet of crisps and listening to the “news” with “Big Alec” (who happened to be a farmer by day and bar man by night) was all part of our routine, and for Dad, a chance to catch up with the gossip!

Growing up, we learnt to entertain ourselves and use our imagination. From playing “farms” in the sheds (god bless our poor dog who was led round regularly as part of our act), to jumping on the straw bales in the fields at harvest, we were inventive at creating our own fun; I once went so far that I decided I was going to “drive to the mart” to see Dad. Don’t worry, I only got as far as bashing the car into the wall.

I could write a dissertation on my memories growing up on a farm – all clear as day and regular thoughts in my mind. Although I didn’t attain straight As at high school, have the latest barbie doll or designer clothes, to me being brought up on a farm has been a gift and a unique education that fellow farm kids should treasure.

Becca has a Rural Business Management and Agriculture Honours degree from SAC, and completed the British Guild of Agricultural Journalists’ John Deere Journalist Training Award in 2016. She is a keen member of SAYFC and volunteers for the Royal Northern Countryside Initiative. A farmer’s daughter from a mixed livestock unit in the Cairngorms, any spare time is enjoyed working on the farm.