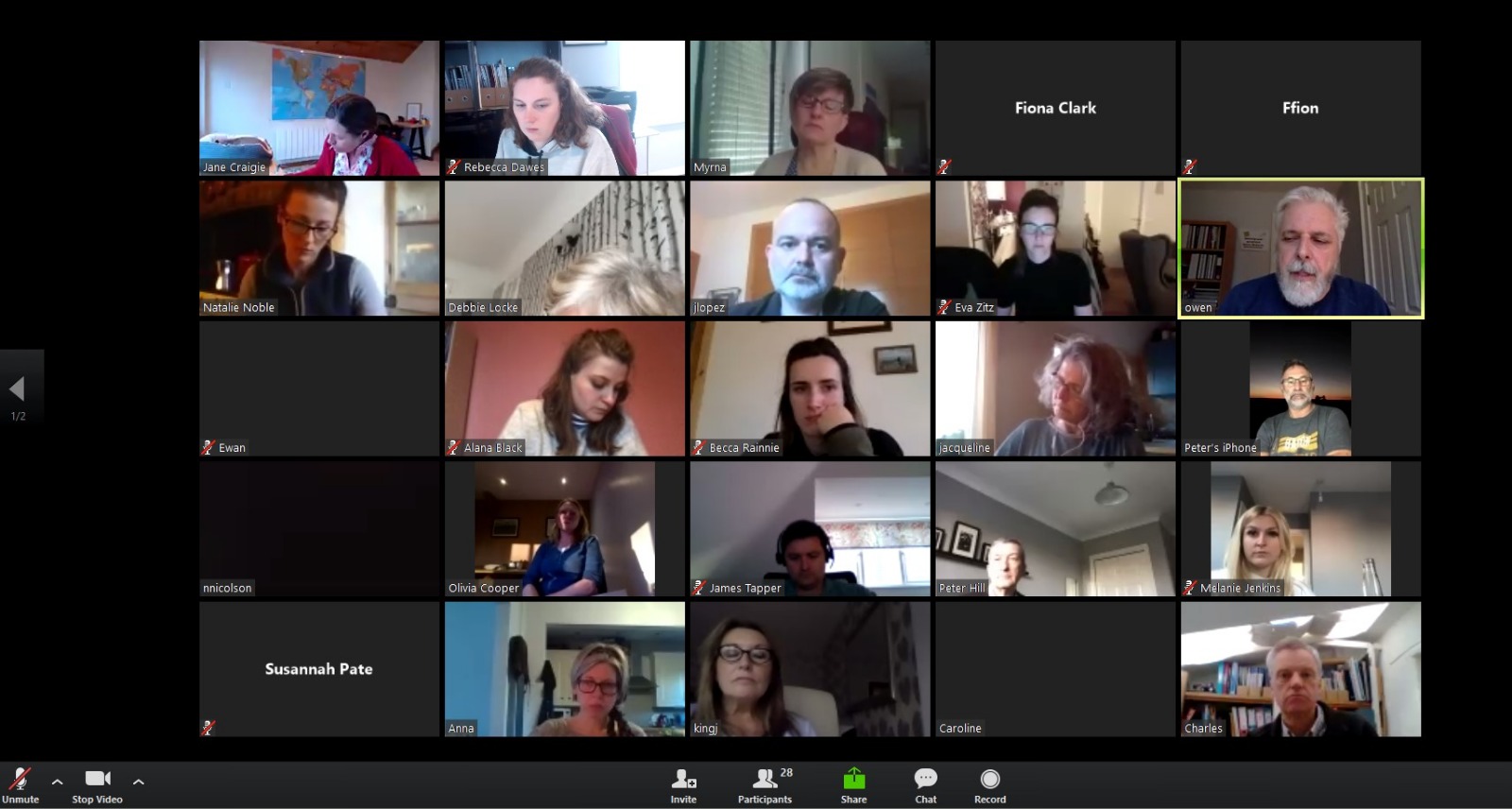 The trigger for setting up the agri-commms zoom call was aimed at overcoming social and professional disconnection and to share news from overseas journalists about what’s happening in their countries.

Thirty journalists and communicators attended the first meeting, to hear from four international journalists about how Covid 19 is affecting farming, food supply and society in Australia, Canada, the Netherlands and Spain.

During the first call held on 26 March, Andrew Meredith, Deputy Business Editor at Farmers Weekly, explained how the UK farming and food supply sector is being affected by the pandemic.

“I thought it would be a great opportunity for us all to get together, and also to hear from some of our peers from other countries,” says Jane.

“I’ve had a number of UK journalists asking me for international contacts, from my network, to interview about what’s going on beyond our borders. My plan is to run the calls fortnightly and to invite contacts from our IFAJ network to join us.

“It’s also an opportunity for the international journalists to hear about what’s happening here in the UK and for us as professionals in the same sector to share views, information and just to connect.”

Zoom is a web-based video conferencing tool with a local, desktop client and a mobile app that allows users to meet online – with or without video.

Key points raised on the call:

Agriculture is now declared an essential service by the Federal and National Government in Canada.

Daily media providers are struggling financially. The Federal Government has announced CAD$39m top up to media as an adversity payment. Owen’s hopes are that this filters down into agriculture media as well.

Some food workers’ hourly rates have been increased by CAD$2 to cover increased risk.

The availability of migrant labour, predominantly from Mexico, is very difficult to find which is hitting Canada as planting season nears; limited flights from Mexico is compounding the problem. Workers coming to work must be quarantined for 14 days before starting work. Mexico itself is also struggling for farm labour. Canadian nationals are being encouraged to work on Canadian farms.

Agriculture has been deemed an essential service in Australia.

Australia is a country of 25 million people producing enough food to feed 75 million.

Australian airlines are in near shutdown and will cease. Virgin has laid off staff.

Queensland has closed its borders, which restricts trade and movement of people. This has fundamental implications to Australian agricultural harvest, because interstate movement is a key source of labour. Backpackers are key for the horticultural sector; many have gone home which will have a big impact.

It is a situation reminiscent of the Great Depression.

A number of newspapers are suspending operations and standing down staff.

The agricultural and food sectors are essential services.

NL wasn’t in lockdown on 26 March, it is now on ‘Intelligent’ Lockdown.

Volatile pricing on farm, spring bulbs’ sector is decimated, because it is non-essential, flowers are being destroyed.

Over 1 million tonnes of potatoes are in store, because no French fries are being made and sold. The agricultural minister is calling for Government aid for the potato and flower farmers. Fisheries sector is being supported.

Labour availability is an issue in the Netherlands for its fresh produce e.g. cucumbers, chillies, tomatoes.

Belgium has closed its borders which affects trade. But there are no restrictions on Dutch food in the EU markets.

The agricultural sector ahs not been as affected as other countries. Tourism is suffering the most, which does have a knock-on impact for agriculture, because there is less demand from restaurants, cafes etc.

There is a lack of labour in Spain, their usual source is from Morocco, this border is now closed.

Moving livestock off farm is a problem, especially lambs and pigs.

The social image of farmers is good, they are seen as heroes.

The flow of information in the UK is very fast.

UK consumers are buying incrementally, not panic buying, this is affecting the supply chain.

Consumers are replicating eating out with eating in and are buying ingredients to do this.

The UK has the biggest liquid milk market, sales through high street coffee shops has stopped which has affected milk processors. They have delayed payments to farmers.

Meat sector, dominated by news on lamb sales which are very dependent on exports, one in three lambs goes to the EU. Lamb is a luxury product which has been in decline over the last 10 years. Prices have dropped, which his end users running scared.

Beef sector is still digesting the impact of the high street buying chains, e.g. McDonald’s which is the biggest user of UK beef. Supermarkets have been asking for too much, so beef price is also devalued.

There is a big impact on Agritourism as a sector.

Those wanting to join the call, please email international@gaj.org.uk for details.