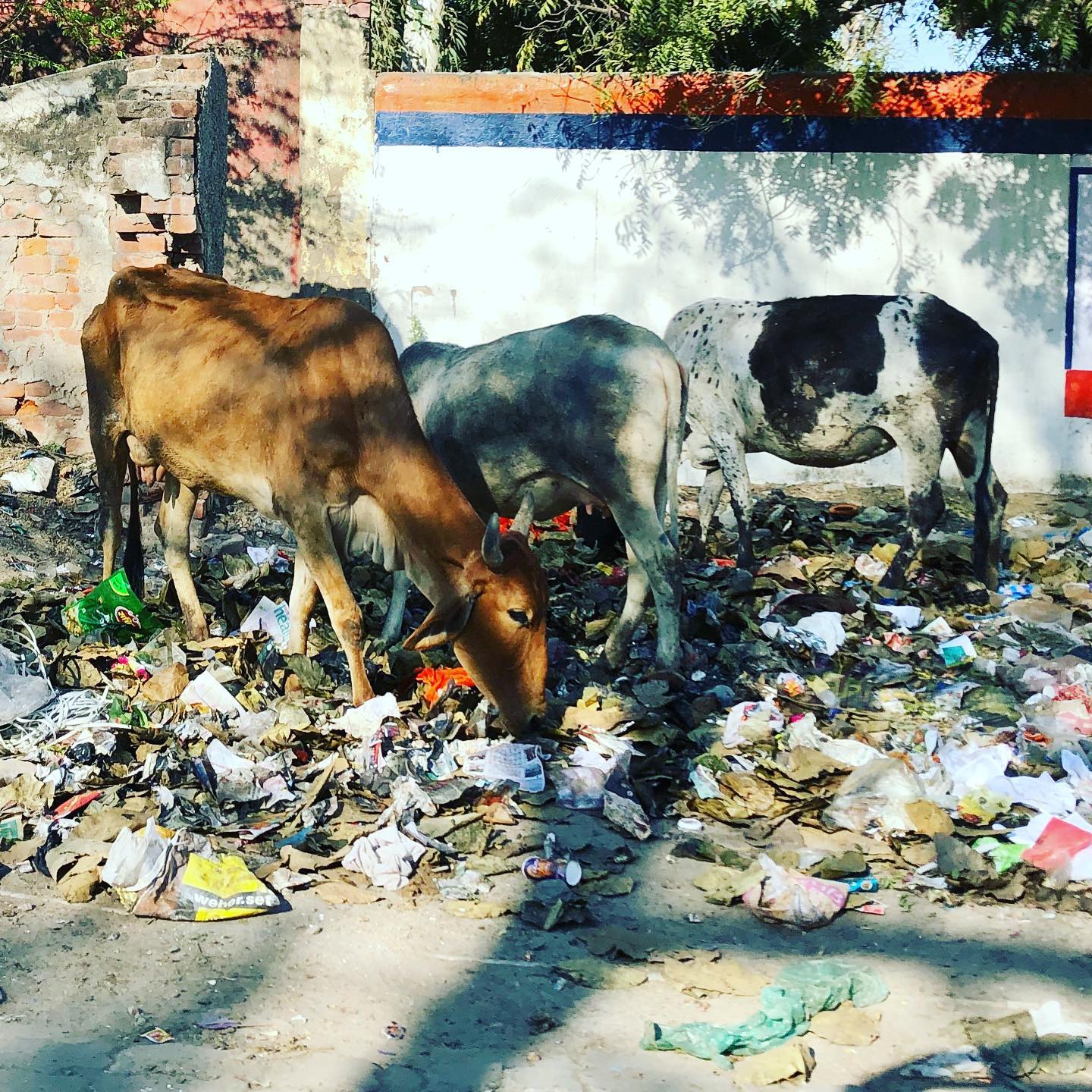 In February, I holidayed in India with my father and sister, we’d spent time living in Delhi as a family in the early 1970s, so it was very poignant to return. The country and the people are beautiful, but nothing prepares you for the assault on the senses that India bombards you with.

I have stored away many memories from the trip, but I think the most enduring one will be the number of stray cows wandering around the towns and countryside of Uttar Pradesh, India’s biggest and most politically important state.

The reason the strays exist is that the ruling Bharatiya Janata Party (BJP) has protected the cows in the state by law, because they are sacred in the Hindu faith.

Consequentially, once cows have come to the end of their productive life, farmers are required to keep them until they die naturally.

Prior to this law change, elderly cattle could be – legally or illegally – slaughtered for meat. Now that farmers are unable to do this, they cannot afford to keep obsolete cattle, so they release them to fend for themselves. Everywhere we travelled, we saw these often haggard animals foraging amongst rubbish heaps, gardens and fields to survive.

Some figures suggest that there are over 5 million stray cows in India, and farmers are now having to keep 24-hour vigils to safeguard crops and feed stocks from marauding herds. At their wits’ end, there are many reports of villagers confining animals any way that they can, including locking them into schools and other public buildings to protect their farms.

Ahead of last year’s elections, and to diffuse the growing anger amongst Uttar Pradesh’s residents and farmers, the BJP offered funding to construct cow shelters and to buy cattle feed, but the monies soon ran dry and had little impact.

What’s concerning to me, both as a traveller and an agriculturalist, is that the uncontrolled movement of feral animals, which in India includes pigs and chickens, amongst big human populations, can lead to the increase in zoonotic diseases – ones that infect both animals and humans.

Coronavirus is a zoonotic disease. The indications are that it started in unsanitary conditions in a live poultry and fish market in Wuhan, China, and has now affected over 80,000 people worldwide. A sobering thought for UK biosecurity as well as for us globetrotters.