High disease pressure for cereals and potatoes across the UK 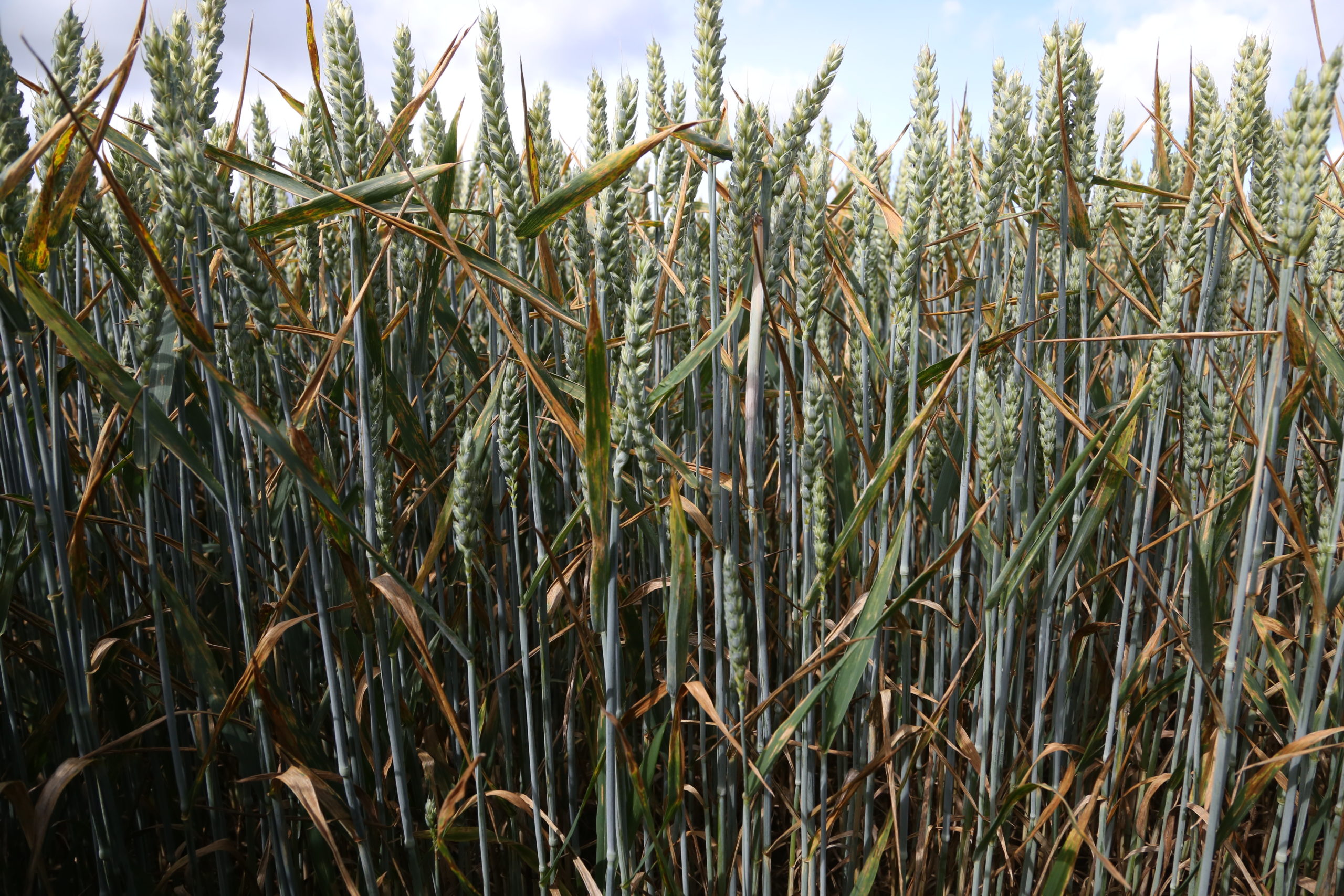 With disease pressure high and the crop protection programme for cereals concluded, yet another challenging season of twists and turns is heading to an interesting culmination. Cereals have good potential, however, with the high level of disease pressure, realising that potential will be dependent on the spray programme that growers have used.

The crop protection programme for potatoes is, on the other hand, very much in full swing. Conditions have been far from ideal for this crop. A very dry April and then, in May, Scotland received 170% of the long term average rainfall resulting in taxing conditions for growers.

Eric Anderson, Director and Senior Agronomist at Scottish Agronomy explained, “Ware growers who started planting in the colder soil temperatures of April, got through the planting season uninterrupted, however, seed growers who delayed planting waiting for the soils to warm up were caught out by the heavy rain in May. So many seed growers began planting in May, but it was then almost a month before they got back to the same fields. This has given a strong challenge in that potatoes have been emerging over a period of 6 to 7 weeks from planting whereas normally they would emerge 3- 4 weeks from planting.”

Mr Anderson said, “With the crop canopy doubling in height almost every seven days, unless growers are using fungicide products with truly systemic activity then it is difficult to get the new leaves protected against late blight.

We are also faced with night temperatures which are now commonly above 10oC, an arbitrary threshold in relation to late blight within the crop and weather which is conducive to late blight. It is certainly challenging.”

The very wet May has also brought high foliar disease pressure to cereal crops. Mr Anderson said, “In winter wheat we are seeing the highest level of Septoria tritici since 2012.” A view which is echoed by BASF Agronomy Managers.

In the west, David Griffiths said, “Crops are generally looking good. In the winter wheat, Septoria pressure is as bad as it was in 2012. We’ve also had our fair share of Yellow rust.

Our trials have 32 winter wheat varieties and the level of Septoria we are seeing in the untreated is higher than we’d expect, in all varieties.

We are also beginning to see the difference between the older chemistry and the newer chemistry; however this level of disease pressure has given all the fungicides a much harder job at T2  and in the next week or so we will be able to pull apart differences in T2 treatments.”

Across in the east Andrew Smooker said, “Visually it did appear to be lower disease pressure at one stage of the season, but then the weather changed markedly and so did the outlook in the field. As ever it is a mixed picture now, especially because there are a range of drilling dates and fungicide timings and some growers with bigger spray intervals than others. But there is certainly an aggressive disease pressure out there now, with many high Septoria pressure scenarios and more still to reveal itself in July following later T2s this season.”

Staying on the eastern side of the country, Matt Keane reports that the varieties that growers expected to get Yellow Rust in got it at various stages throughout the season, however, at the moment it is very controllable.

Growers are seeing more Septoria in their crops but are managing to control it with their fungicide programmes, certainly where these have been fairly robust at T1 and T2 they are seeing pretty good control.

Mr Keane said, “Our trials have given growers the opportunity to see the level of disease on untreated plots and on plots with differing spray programmes, as on farm they have nothing to compare their programmes to. The trials are changing every day at the moment as the Septoria bubbles up and moves up the canopy. The untreated plots have a lot of Septoria. Varieties with strong Septoria resistance like KWS Extase have got lower levels of Septoria considering it rained throughout May. In the next week there will be visible differences on leaf 2 and the flag leaf from the T2 applications.”

Moving to the south of England Andrew Clune said, “Its set fair down here at the moment I don’t think it’s going to be a record breaking year, but it is certainly looking a good bit brighter than it did in February.

There is a lot of potential there, the winter wheats are looking good. We have a lot of moisture at depth now as we have had a lot of rain recently which will see the season off quite happily.

There are a few reports of lodging in winter barley, but winter wheat seems to be standing up at the moment. Mr Clune said, “I suspect the winter barley had a compromised plant growth regulator (PGR) programme because it was really cold at the wrong time, just when it was starting to go through stem elongation, which slowed it up and so it was quite short and really dry. Growers didn’t want to stress crops with PGR applications, so then of course we had the rain and the decent weather, and the winter barleys have bounced back.”

The main take home messages have very much been the correct product and the correct timing. If you don’t get the T1 right then you can’t claw it back.”

There is an air of optimism around oilseed rape at the moment with prices buoyant. Andrew Smooker said, “In this area it is probably the best oilseed rape crop we have seen for a few years and will go some way to boosting confidence in the crop. It looks well podded after an extended flowering period where many growers protected the potential with two Sclerotinia sprays during some wet conditions.

Mr Keane added, “Every year we learn more and more about cabbage stem flea beetle. The plans are there to drill oilseed rape, but growers will only do so if there is moisture in the soil; whether that is in August or September, it doesn’t matter, you have to hang on for the moisture.”