Food unites the people of Beirut 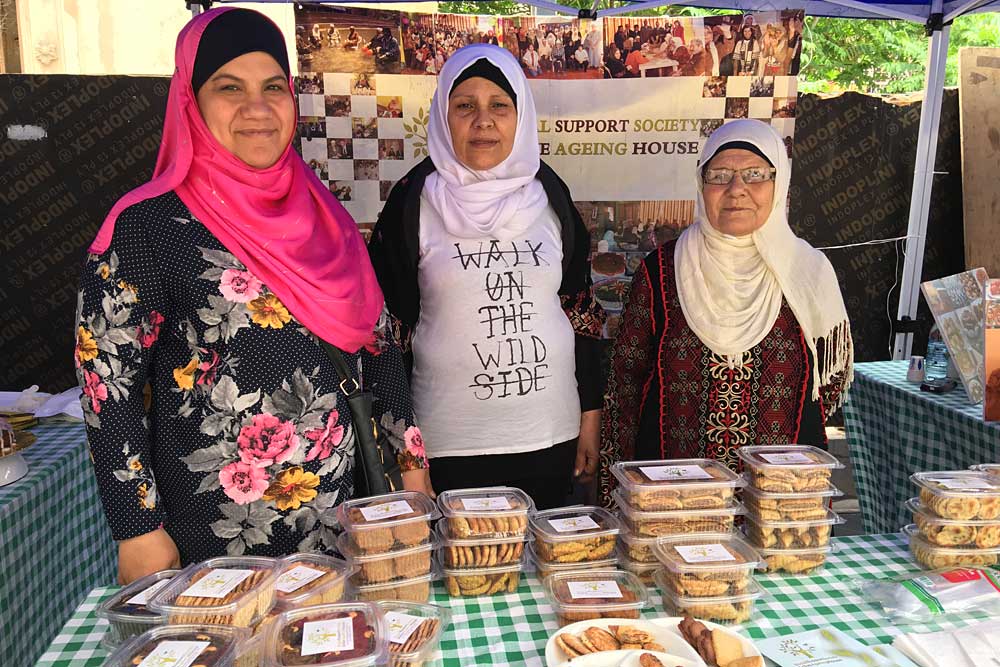 In May 2017, whilst drinking very strong, sweet chai (tea) in a Palestinian refugee camp in the southern suburbs of Beirut, many of my perceptions about the Middle East were challenged.

I went to The Lebanon to spend time with Kamal Mouzawak, an incredible man whose mission has been to unite The Lebanon’s war-torn people through food and the shared history of food traditions. We met when he spoke at the 2016 Do Lectures, held in Wales.

Kamal, a farmer’s son, set up a farmers’ market in 2004 in downtown, trendy Beirut.  The market, called Souk el Tayeb [‘souk’ means market, ‘tayeb’ translates to good], has grown to over 85 stalls, attracting up to 3,000 shoppers during the peak months from October to May. The stalls are all run by small farmers and producers from all over The Lebanon.

The souk’s slogan is ‘make food, not war”.

Kamal’s vision is that social and religious divides can be bridged through the sharing of food by the people who prepare and serve it.

He said to the Irish Times in 2013: ““Food is not a commodity you can buy on a supermarket shelf. Someone has to plant, produce and cook that. If you are not doing it yourself you need to at least have a direct contact with someone who is.”

The parallel of the ability of Scotland’s many farmers’ markets and farm shops to build mutual understanding between consumers and our industry wasn’t lost on me.

Souk el Tayeb’s social endeavour hasn’t stopped with the market. My chai-drinking visit to the Palestinian refugee camp – Borj El Brajneh – was to meet a young woman called Mariam Shaar who was born in the camp, as was her mother. Her father arrived there in 1948, aged six, when the camp was newly opened. It is shocking to think that three generations of the same family have lived their whole lives there.

The camp is ramshackle, hugely overcrowded and residents live hand-to-mouth; the women rarely work and struggle to make ends meet.

With the help of Souk el Tayeb, Miriam has set up Soufra, a food catering enterprise with 20 other women from the camp. The team has learnt how to prepare and make food to a professional standard. They now run a food truck and are selling traditional Palestinian foods to the general public and organisations outside the camp. Soufra has given the women meaning and purpose in what would otherwise be a diminished and sometimes demeaning existence.

On my flight home, my trip made me think about what we can learn from Kamal and Miriam, despite our cultural differences. It strengthened my belief that engaging with Scottish consumers by sharing our food and food stories is hugely powerful; it demonstrated how making and eating food with interested people – whatever our differences with them – can build strong and lasting relationships and it confirmed something we all know so well, food brings happiness.