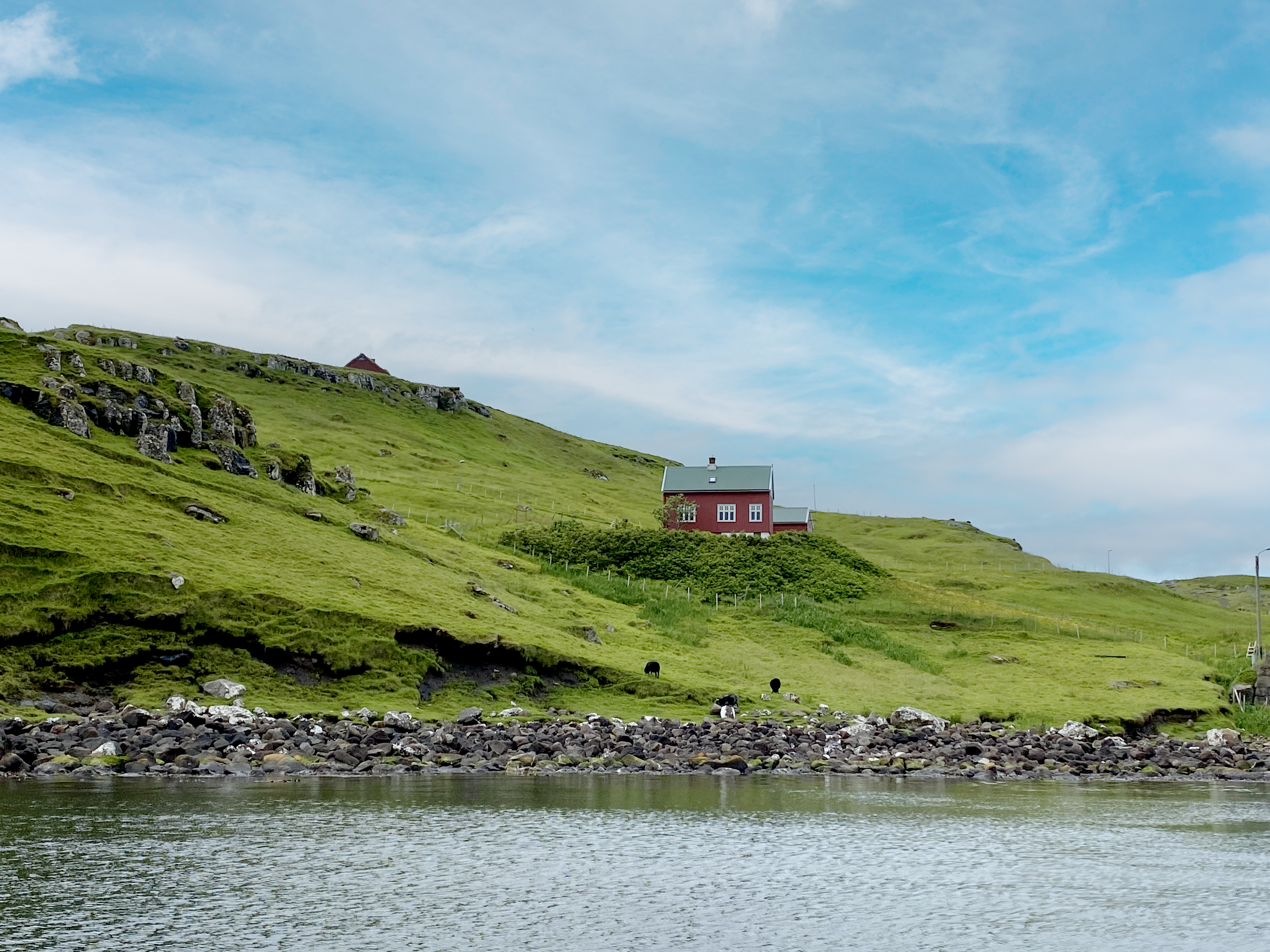 There’s an archipelago of 18 islands located between Shetland and Iceland that’s home to just 54,000 people. I visited these islands – the Faroes – a few weeks ago to learn more about its fishery and agricultural sectors. The similarities to Scotland’s islands were obvious and connected – principally through trade and sheep – however, the differences highlighted that, when you are in the middle of the North Atlantic, it seems there’s latitude to be and do differently.

The islands are a Danish dependency, 90% of Faroese GDP is from the fish industry (farmed and wild), so this, rather than agriculture, is where the policy and trade focus lies. Faroese aquaculture prides itself on being innovative and sustainable. Hiddenfjord, a leading fish farming business, for environmental reasons, no longer air freights to any of its customers, reducing its carbon footprint by 94%. The company harvests fresh fish from its Faroese open water pens and sea freights it to the east coast of the USA within nine days.

Agriculture is almost exclusively centred around sheep and lamb production. The single breed of sheep – Faroese – is very diverse in fleece colour and conformation. The genetics originate from Orkney, Iceland, Greenland, and the east coast of Scotland. Live imports have been prohibited since 1920.

Flock management is like that of crofting communities on the Scottish islands – extensive grazing over the summer on common, mountainous or rough grazing land, and closer in-bye over the winter months and tupping period. Ewes average 0.8 lambs/head (80% lambing percentage), however, on more intensive systems, can achieve percentages of 200%. The largest sheep farmer has 700 ewes grazed over 1200-1500ha.

There are 10 dairy farmers on the islands which are restricted by quotas to ensure food trade agreements, for imports like cheese and meat, can be brokered in favour of the fish sector.

The islands have one dairy processor, one farmers’ merchant – which trades with Harbro – and no abattoir. All the lambs (and cull animals) are slaughtered on farm, at around 15kg, and sold directly to the islands’ consumers, retailers, and food service outlets. The local delicacy is fermented lamb, which is left – without any form of curing – to hang in farm sheds over the autumn and winter. It’s a very acquired taste!

One description from a local farmer is that the meat trade and sheep farming is like the ‘Wild West’ without much formal governance or regulation. He said that officially we have 75,000 sheep on the islands, but it could be double that.

Farmers hope that farming will be better prioritised in the future. Jens Ivan í Gerðinum, the deputy head of Búnaðarstovan, the Faroese Agricultural Agency, studied at Aberdeen University and, on graduation, returned to the islands full of hope to transform the islands’ farming. However, with trade negotiations and financial incentives focused on the fish sector, rather than agriculture, he’s become disillusioned.

Despite his frustration, Jens sees great potential for the Islands’ farming sector, particularly as it looks towards improved self-sufficiency. Changes like applying lime and draining the extremely acidic land and installing polytunnels to grow local fruit and vegetables – all of which, bar 6% of locally grown potatoes – is currently imported.

If you ever get a chance to visit the Faroe Islands, then go. It is beautiful, complex, and in many ways, like Scotland, particularly our islands. One thing that the visit left me extremely grateful about is the Scottish government’s support of, and investment in, Scottish agriculture, crofting, and food: and a more liberal trading environment.