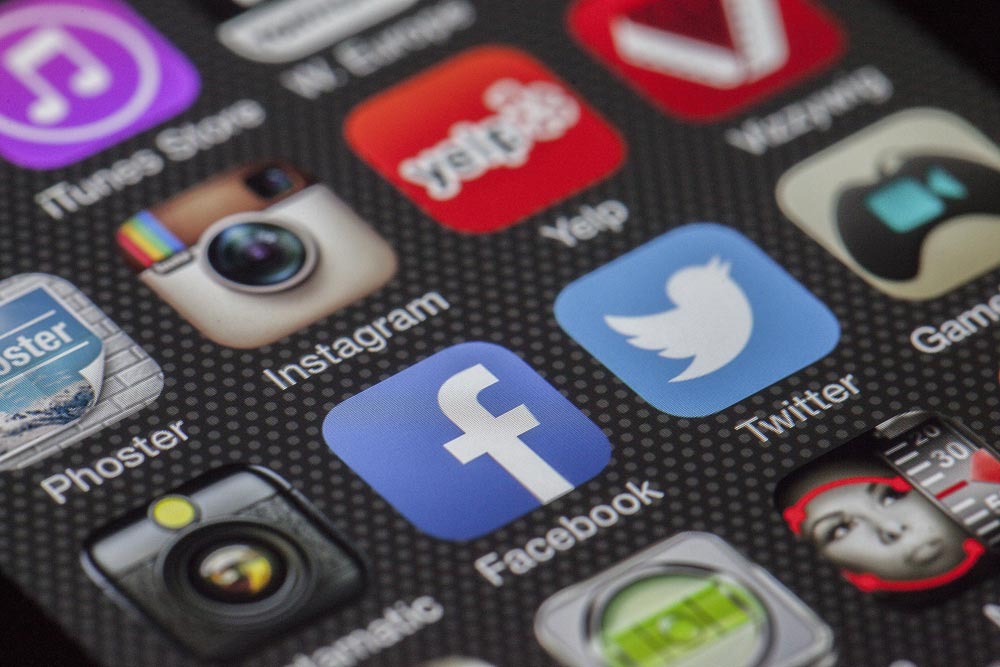 Social media is now well established in our society and in the farming community, its use is growing apace. The most prominent channels are Facebook, Twitter, Instagram, YouTube and Snapchat. For instant messaging, WhatsApp is also becoming a powerful tool, replacing SMS (text messaging) for many individuals and groups.

So, what does social media offer farming? A great deal, I would argue. It builds communities, it allows people to stay in touch easily, it’s a cheap way to sell anything from a second-hand piece of kit through to home –reared meat. It’s a great way to find information and to ask advice – whether that’s finding someone that stocks an elusive spare part, or recruiting a lambing student.

Society is becoming addicted to social media, and farming isn’t immune to its pervasive spread. Anyone who knows a young adult or teenager will identify with the statistic that 53% of millennials would rather lose their sense of smell than their technology.

But, it’s not just young people who have the bug.

Facebook is now widely used by the farming community and can be a social lifeline for people living on their own or in isolated places. Replicating the trend in wider society, many older people use Facebook, on a daily basis, to keep in touch with friends and family.

Twitter finds favour with all age groups as a business networking and news tool. In farming, Twitter has been powerful in uniting people via their interests irrespective of where in the world they live.

There’s a Twitter group using the hashtag #clubhectare, founded by two arable farmers in England, It now has hundreds of members who communicate on farming issues and have built a strong social bond, many without having met one another.

Progressive farmers also use Twitter, as well as YouTube, to share their ideas.  Farmers like Russ McKenzie (@russbmckenzie), Tom Sewell (@tandssewell) and Jake Freestone (No1FarmerJake) are Nuffield Scholars and they are pioneering a current mini revolution in improving soil health using modern kit and approaches. Via Twitter, they are engaging in dialogue and learning from farmers all over the world to change their practices on their own farms.

Instagram is a channel that favours photographs and video. It’s a charming tool and has become one of the most powerful ways to sell by using great imagery. Many diversified farm businesses believe that their primary sales tool is Instagram.

Social media builds brands, sells things and is a cheap way of doing so, what’s more it’s reckoned to be effective, with 93% of buying decisions influenced by social media. On the downside, it’s changing human behaviour.  Some experts believe that the average attention span of humans has reduced to a mere seven seconds!

For those who haven’t yet embraced the social media march, how long can you remain immune from its grip?! One thing for sure is it can no longer be ignored.