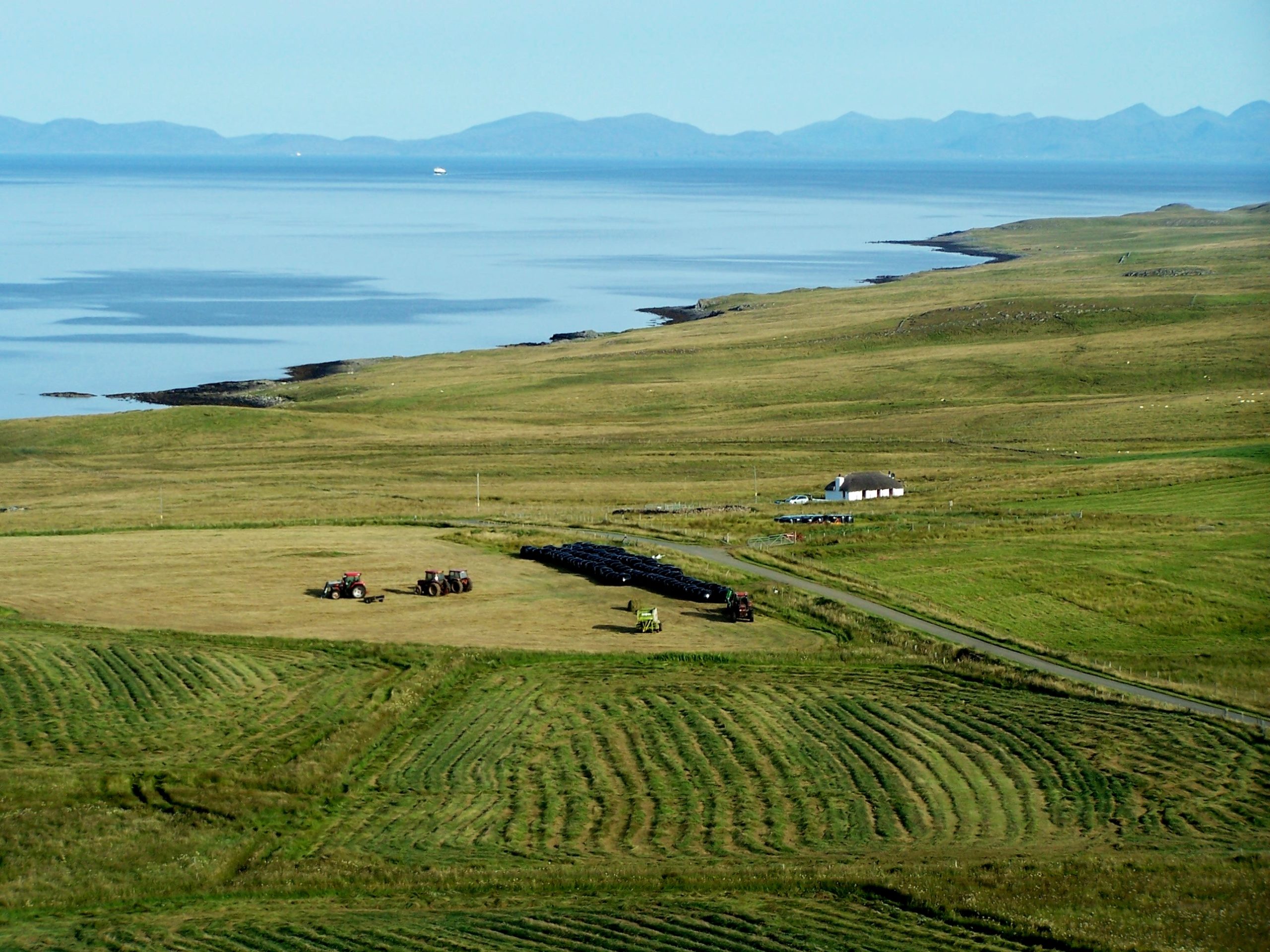 Over 400 crofters responded to a Crofting Commission survey on croft under-use and availability. The aim of the survey, says Bill Barron, Chief Executive, was for the Commission to gain an important insight into the most perceived reasons for unused crofts and what could be done to help tackle this issue.

The anonymous survey was posted on the Commission’s website and via its social media channels and closed earlier in May 2021.

Heather Mack, Head of Crofting Development said “Our findings were that 87% of respondents identified unused crofts as an issue in their area. The respondents cited four main contributing factors for under-use, crofters living away from their croft, crofters retaining the croft as a valuable financial asset, crofters being seen as hesitant to assign/sublet their croft to someone out with the family and resident crofters having no desire to work their crofts.”

Concerns were raised by 90% of the respondents that a lack of availability of crofts to new entrants was an issue in their area.

Ms Mack added: “These were the need for an increase in promotion of the benefits of making crofts available to new entrants, increasing the understanding amongst crofters of regulatory options such as assignation, subletting and division that could be used to create an opportunity for others, the need for community pressure to see crofts well used, and action by the Crofting Commission in respect of non-resident crofters or crofters that do not cultivate their croft.”

The feedback points to the need for a combined approach by the communities themselves, us at the Crofting Commission and key stakeholders and crofter representative bodies, Ms Mack said.

“The survey cites enforcement work is top of the list and essential, but that educational/promotional work, combined with direct community pressure is very important too,” she added.

The Crofting Commission has nearly completed its recruitment for posts based in the Western Isles. This includes posts in both the Development and Residency and Land-Use teams which will increase capacity to work with crofting communities and encourage the release of crofts where crofting duties are not being met.

“The demand from new entrants and existing crofters to access crofts is keenly felt by both crofting communities and the Commission; we all need to work together to encourage turnover of crofts to create opportunities and increase active crofting,” Heather concluded.

Of the 410 responses received, just over 65% were from Lewis and Harris (31%), Skye (20%) and Uist and Barra (15%), with a further 9% from West Highland, 6% from South Highland and 5% from Sutherland. The remaining respondents were from Argyll and Bute, Caithness, Central Highland, Lochaber, Morar and Ardnamurchan, Moray, Orkney and Shetland.