Blight control for today and tomorrow 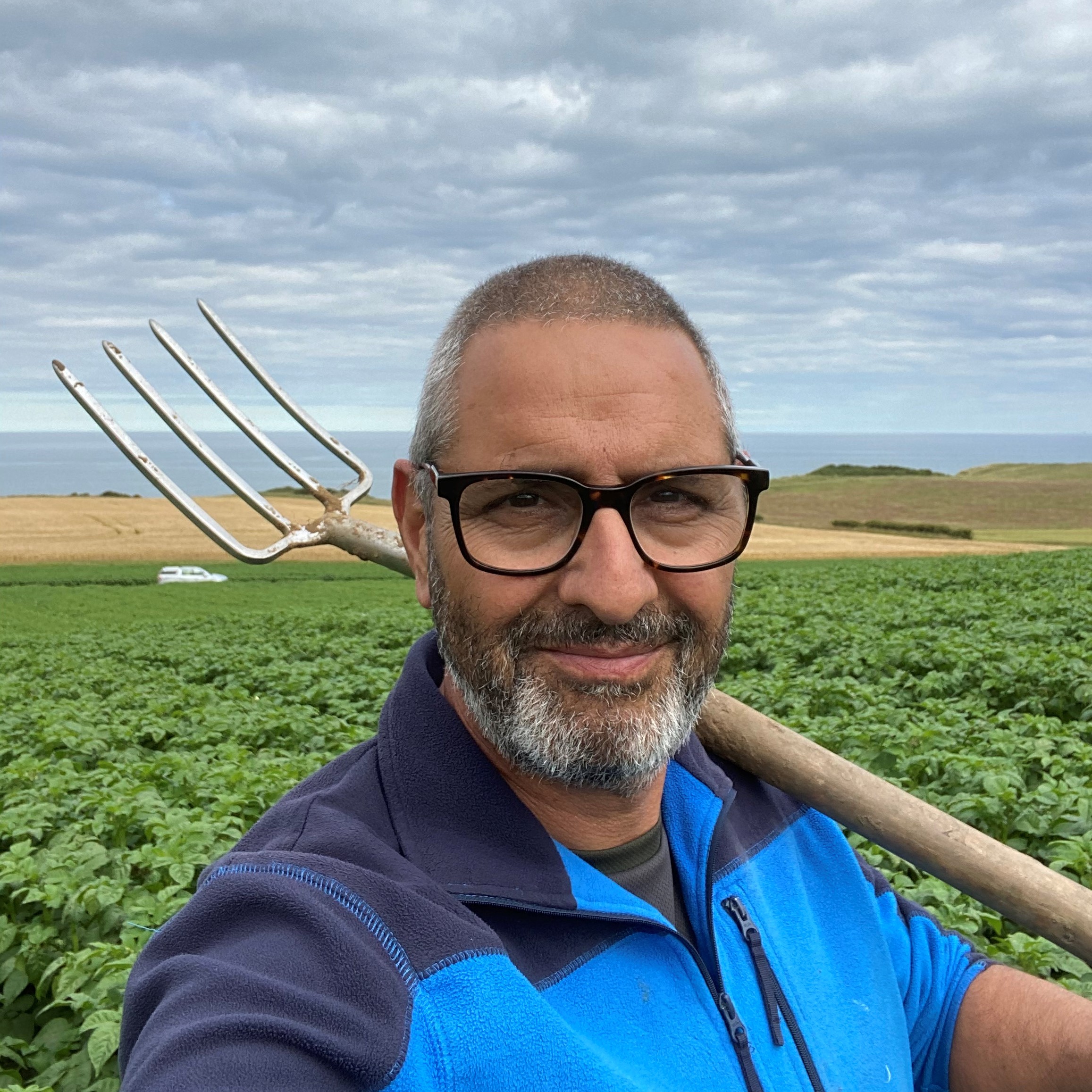 Blight is the bane of potato growing and experts warn that, long-term, pressure in the UK is only set to rise.  We asked a specialist agronomist, a grower and a crop protection manufacturer about best-practice now and in the future

Together with his business partner at Spud Agronomy, John Sarup, is responsible for over 11,000 acres of potatoes across Northern England up to the Scottish Borders.

“The next step is understanding which genotypes you’re dealing with. As soon as blight appears in your crop, take a sample and send it in via the ‘Fight again Blight’ initiative. It will help you make informed decisions about what products you can use safely without causing any resistance issues.”

Despite the delayed start to this year’s season, AHDB have already recorded the first incidence of 2021.  Several patches of the disease were seen in a crop of Maris Peer in Kent when the sample was collected on 26th May. Overall, John describes the current pressure further north as ‘low’.

“Soils have been so cold and wet that generally speaking, we’re two to three weeks behind.  Crops are now growing very quickly but they are dry.  Even at night there doesn’t seem to be too much leaf wetness.  I’ve some early crops in Cheshire which have relatively large canopies at 50% ground cover and we’ve started applications.  Currently it’s about preventing the development of blight, but as the crop moves into rapid growth stage that’s when we’ll start with products that protect the growing point.”

John adapts fungicide programmes based on a variety factors, including product performance and cost.

“You’ve got to look at the strengths and weaknesses of products and use products when they are likely to be most effective.  For example, some perform well on tuber blight and are effective at preventing spores dropping onto leaves, systemic products are generally more effective during rapid growth when you’ve new leaves every two or three days, while other products are better at stable canopy because they are purely a protectant.”

With fewer products available and the need to adjust fungicide programmes according to weather conditions, growth stage and disease profile, John welcomes new products such as Enervin SC®.

“Growers and agronomists certainly have a challenge when it comes to protecting crops without exceeding maximum applications of a given product, or of an active ingredient dosage,” says Matthew Goodson, specialities market manager at BASF. “It’s why we have developed our latest blight product, Enervin SC®, as a straight formulation; it gives producers flexibility and potentially, simplifies programme planning for growers and agronomists.”

Enervin SC® is the first straight formulation of ametoctradin, an active ingredient that sits in the QoSI chemistry group. It’s well suited to the stable canopy slot and potentially frees up CAA and QII chemistry for use elsewhere in the programme.

“Eurofins’ trials, are demonstrating Enervin SC®’s efficacy.  Working synergistically with a partner product, it consistently provided outstanding control despite the artificially high disease pressure. It worked well in partnership with propamocarb, mandipropamid and mancozeb. In 2020, we repeated the trial replacing mancozeb with a cymoxanil/propamocarb co-formulation. Again, all treatments stood-up to the challenge well,” he says.

BASF has another blight spray in the pipeline, BAS657.  It’s a co-formulation, with two unique modes of action in ametoctradin and potassium phosphonate.  Positioned early in the programme, it offers protection when the crop is at rapid canopy development, protecting the foliage.

“We’ve 100 acres of potatoes here at East Scryne Farm in Angus and foliar blight isn’t too much of an issue.  We’ve a robust fungicide programme, using a range of active ingredients, and follow a strict timeline of applications every seven to ten days.

“Being on light sandy loams we have a trickle irrigation system which helps reduce the spread of spores.  We’re also a mixed farm and have a wide rotation to help control PCN, which also helps keep blight pressure low.”

According to an article recently published in ‘Climate Risk Management’, future blight occurrences for James and his neighbours could increase as much as 70% in the next 50 years.  For now though, it’s product loss combined with unpredictable weather conditions impacting his ability to desiccate crops at optimum marketable yield that is forefront in James’ mind.

“The loss of diquat means we’re flailing crops.  We want a quick kill, predominantly to ensure we hit customer specifications but also because that’s when crops are vulnerable to late blight getting in through the damaged haulm.  And if the weather is against you, there’s nothing else you can do.”