A holiday isn’t a holiday without some farming 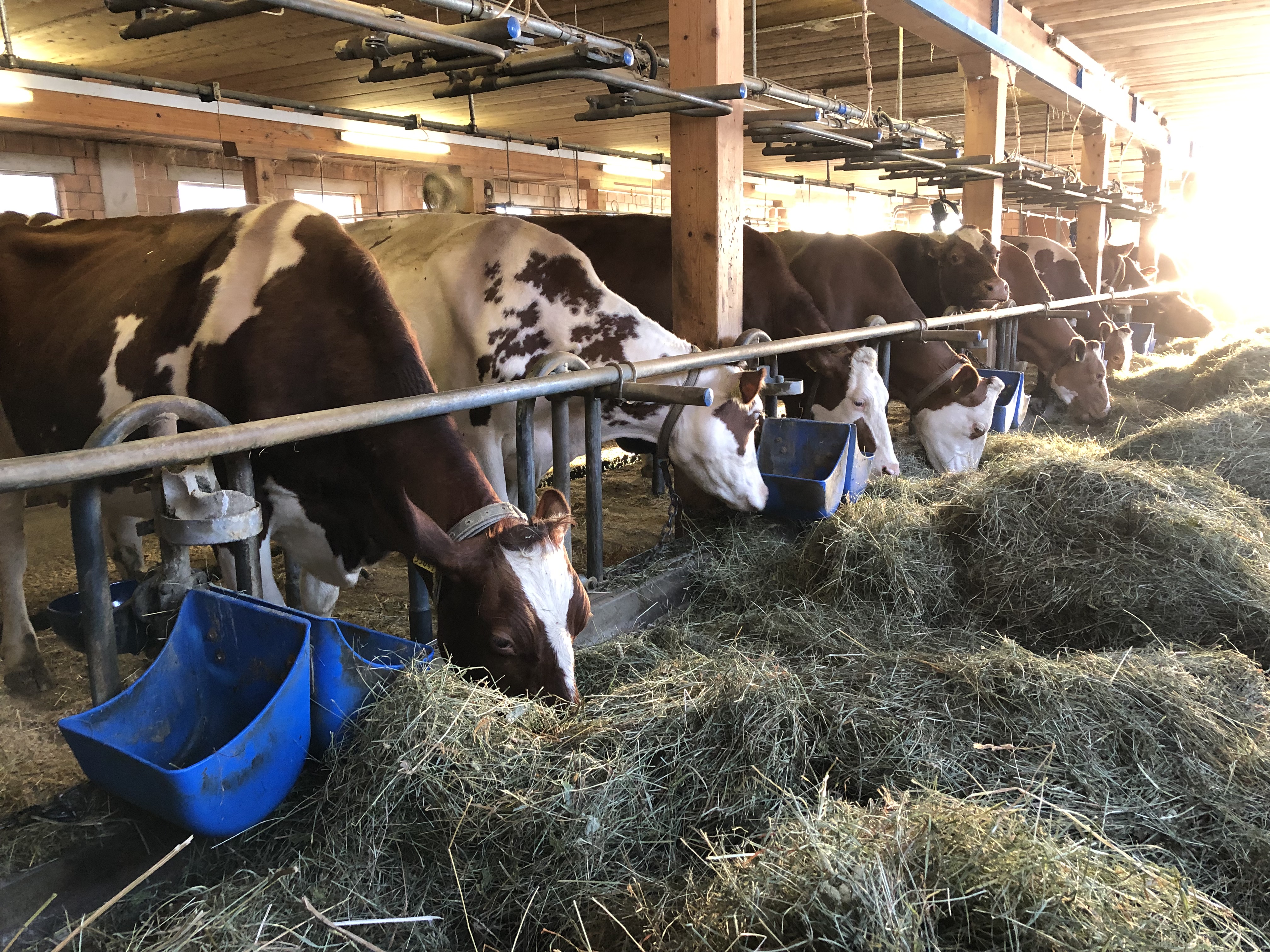 It’s February and we’ve (Jane & her husband Mike) travelled 1,185 miles from Aberchirder to Chateaux D’Oex in Switzerland for some late winter skiing. We’re staying in a regional ‘nature park’called Gruyère Pays-d’Enhaut, 90-minutes from Geneva, an area that cherishes and celebrates its farming, landscape and its food.

The park covers an area of 518 square kilometres and has a population of 12,000. This farming in the nature park combines the traditions of cattle breeding, cheesemaking, folklore and armaillis (mountain farmers). Gruyère AOC and Etivaz AOC come from this region.

It’s one of the areas in Switzerland where from late August onwards you can experience the traditional festivals where the dairy cows, adorned with each family’s ancient cow-bells, are walked from their summer mountain grazing back down to the lowland farms for the winter.

As part of our holiday we visited the Favre-Perrod family farm, just outside Rougemont. The 26-hectare dairy farm has been in the family for five generations. The family open their farm twice a week for an hour, because they think it’s important to share their farming story with members of the public.

The Favre-Perrods milk 19 Simmental x Holstein cows and breed their own replacements. Their bull calves leave the farm at two weeks of age and are fattened locally. They transport their milk, daily, up the hill, past the 11thcentury Rougemont church to the Artisan Fromagerie cooperative where the local Tomme Fleurette cheese is made.

L’Etivaz AOP cheese, the first Swiss cheese to obtain an appellation d’origine contrôlée (AOP) in 2000, is also produced in the heart of these mountain pastures, at an altitude of between 1,000 and 2,000 metres. Made using a traditional method in a big copper cauldron over a wood fire, this cheese is hailed for having the flavour of alpine plants.

Etivaz cheese is made using a traditional method passed down from generation to generation. Every year, between May and October, nearly 70 farming families patiently and manually process the milk from their cows in the alpine meadow chalets.

The region’s cheese-making fully embraces the tradition of alpine meadow farming; the locals say that the milk, and the cheese, is flavoured by the alpine flora in the grass and hay that the cows eat. The farming is very much focused on the environment and the centuries-old heritage of the region’s farming. 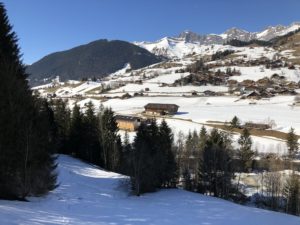 The combination of the region’s very small farms and the importance of the farming tradition in the local cheese-making means that the Favre-Perrod family, and their peers, receive a range of financial support payments (subsidies), including income for farming for alpine flora and an annual payment amounting to a total CHF 1,200/ha (approximately £904/ha)

The smell of the cows and their piles of sweet hay in the warm barn, on a late February evening, with deep snow still enveloping the surrounding countryside, was intoxicating and compelling as part of the region’s farming story. And the cheese, and local cheese dishes, are divine and perfect at the top of a mountain after a morning skiing the network of immaculate, exquisitely groomed pistes.