You can’t have a functioning ecosystem without animals 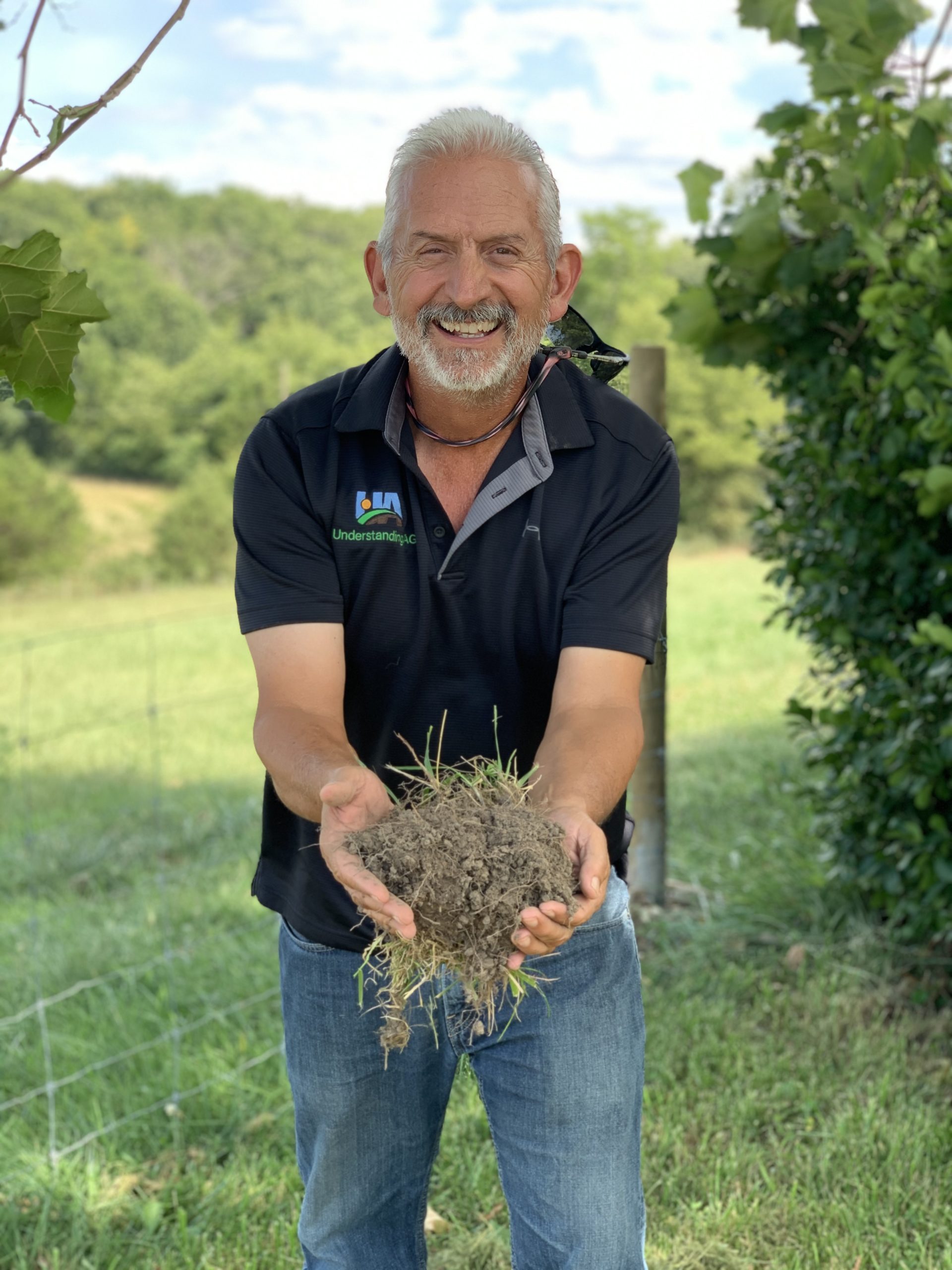 American soil specialist and co-founder of the Soil Health Academy and Understanding Ag LLC in Missouri, Ray Archuleta, is the next guest on QMS’ international podcast series, airing on Tuesday 22 June.

In conversation with QMS podcast presenter Mark Stephen, “the soil guy”, as he’s dubbed, discusses the fundamentals of using biomimicry and agroecology to improve soil function and reduce input costs. He examines the essential role of livestock and cover cropping, in particular, to farm effectively in tandem with extreme weather events.

“In the States, the Government has perpetuated the wrong premise – “we must control nature to get the maximum yields”, “nature is against us”,” says Mr Archueta. “It takes a lot of energy and cost to fight nature. We need to switch the premise and work with it, reduce inputs and save on costs. [Australia is doing really well with its soil health, but it’s not tied into government support].”

Mr Archuleta worked for the US Government’s Natural Resources Conservation Service (NRCS) for 30 years but retired to establish the Soil Health Academy in 2017 to teach the strategies and principles of regenerative agriculture – using solutions found by nature over millions of years to guide man-made actions – and agroecology.

“Over three decades and billions of dollars spent, I could see the Government wasn’t fixing the problem of sustainable agriculture. There is still erosion, and while 300 acres should be able to support two or three families, it isn’t. This is because of the cost of inputs and the way we are farming.”

Advocating the importance of keeping bare soil covered with cropping to promote soil structure and ecology, Mr Archuleta says he is also frustrated that a lot of environmental groups see livestock as a problem:

“Soil is the most elegant and complex ecosystem in the world. Without plant life, it is just geology. You also can’t have a functioning ecosystem without animals. When livestock take a bite of grass, it stimulates it, and the plant leaks more carbon compounds to feed more biology. In some respects, the critics can be right as there is overgrazing, but this is not the fault of the cow or the sheep – we need to look at the human being. Land is a reflection of the understanding of the people managing it.”

Ray owns and operates his own 150-acre farm near Seymour, Missouri with his wife and family. He has 300 sheep and manages the land and soil enhancement through split grazing, the natural solution to overgrazing, he says, as bison have done over millennia as they migrate to new pastures:

Beth Alexander, QMS Cattle and Sheep Specialist said: “Soil health and regenerative agriculture are dominating the media and social feeds at the moment, and Ray brings some thought-provoking insights from his experience across the world, the different scale and practices of America; why it matters and how integrating small changes can make a difference.”

To listen to the full podcast, head to Apple Podcast, Buzzsprout and Spotifiy, or head to the QMS website or social media channels.