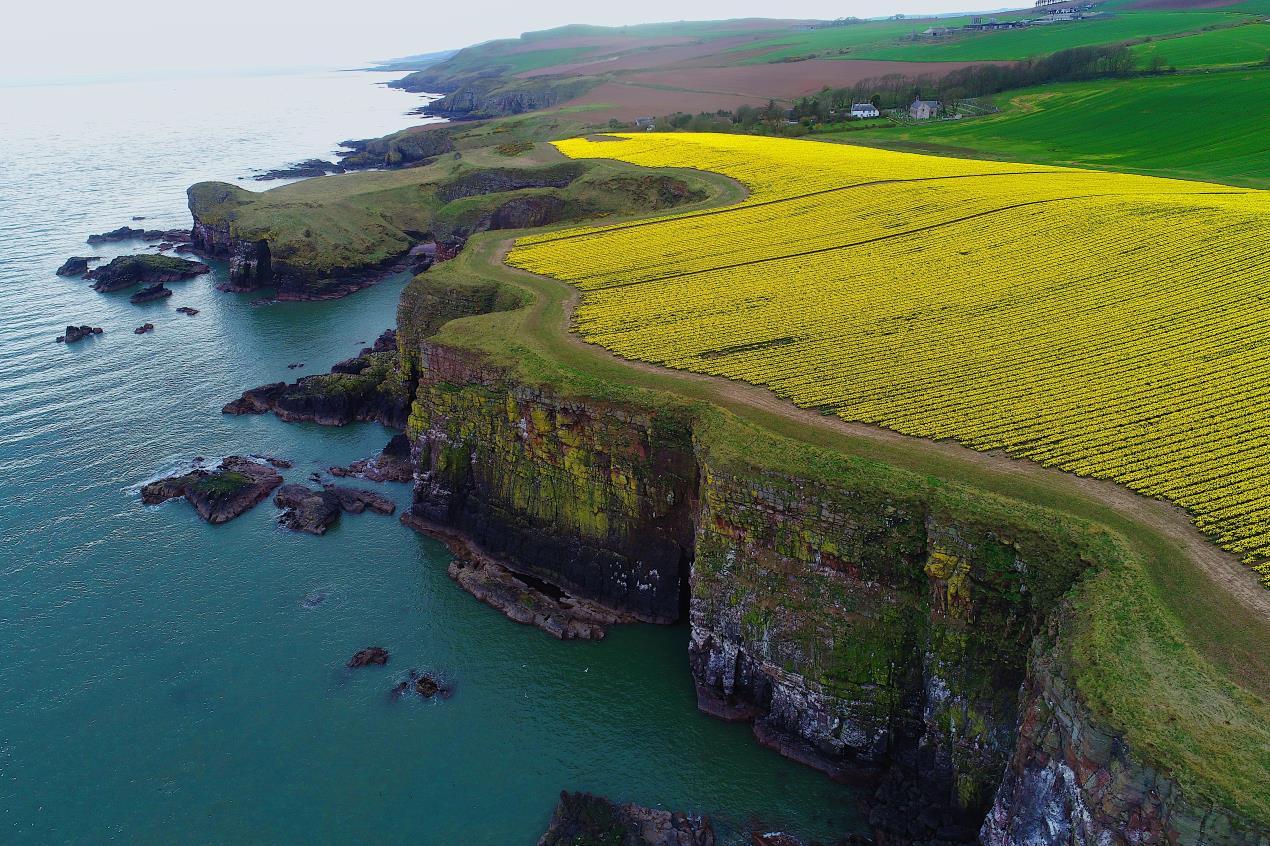 The UK produces the largest volume of narcissus in the world grown over more than 4,500ha, with the vast percentage of the area grown in Devon, Cornwall, Lincolnshire, the Isles of Scilly, Jersey and Scotland.  In Scotland, daffodil production is mostly concentrated on the east coast where 390ha are grown. Annually, Grampian Growers exports 4,000 tonnes of daffodil bulbs and crops 60 million stems of flowers, with flower production split 60/40 export to UK retail. Eric Anderson, Senior Agronomist at Scottish Agronomy, explains the significance of the project:

“Plant-parasitc nemotodes are microscopic and difficult to control because they live underground or inside of plants. They can seriously damage or even kill crops, but there is no widely available varietal resistance and only limited agrochemical options to treat the nematodes infecting narcissi, some of which are facing an uncertain future. Here in Scotland, we are seeing a rapid rise in land infected by plant parasitic nematodes, posing a very real threat to growers. Through this project we are looking for the most robust alternative solutions through IPM to secure the future of the bulb and potato growing industry.”

Narcissi are susceptible to a variety of pests and pathogens. Stem and bulb nematodes cause foliar lesions and bulb decay, while root lesion nematodes can stay in the soil causing issues in future rotations not only for narcissi but reducing yield and quality in following crops of cereals, oilseed rape and potatoes.

While not a pest directly affecting narcissi, potato cyst nematodes (PCN) (Globodera pallida and G. rostochiensis) are a significant concern to the bulb industry as the cysts can adhere to soil and attach to bulbs, potentially act as a source of transmission. The presence of PCN cysts, alive or dead, poses a phytosanitary risk and can prevent the valuable exports of bulbs.

It is also a challenge for the potato industry. In the last decade, SASA has recorded a 187% increase in land infested with G. pallida, from 2,411ha in 2010 to 6,929 ha in 2021, while 15,737ha was found to be infested with G. rostochiensis in the same year.  Surveys of land used for ware potato production show 41% of ware fields are infested with PCN.

Most nematode management strategies are pre-cropping treatments, and the planting of cover crops, which are grown between harvest and sowing the next main cash crop, can reduce nematode populations. The field trials will evaluate brassica biofumigants and nematode trap crops which are ‘poor plant hosts’ that can significantly limit nematode multiplication and substantially reduce existing soil populations.

“Performance is dependent on a variety of agronomic factors which we will be exploring,” explains PhD student, Vongai Chekanai, who is leading the research in Scotland, as well as carrying out experiments in England and the Isles of Scilly. “We know, for example, that French marigolds increased bulb yield in root lesion nematode-infested sites on the Isles of Scilly, but it doesn’t work for all species of nematode infecting narcissus.”

“The market is increasingly competitive and it’s essential that our yields and quality remain strong. The demand for nematode-free land for bulb and potato production at Grampian Growers becomes higher and more difficult each year. We are excited to see this research get underway and to be working with such a strong representation from the industry. We look forward to seeing the results and how we can integrate different measures to strengthen the work we are doing.”

Key to establishing an effective strategy for managing the target nematode species is to ensure that beneficial non-target organisms are not affected, or soil function reduced. JHI has developed molecular tools to fully characterise beneficial nematode and microbial communities and will be using its cross section of methods to assess soil function and non-target community composition in the glasshouse and field trials.