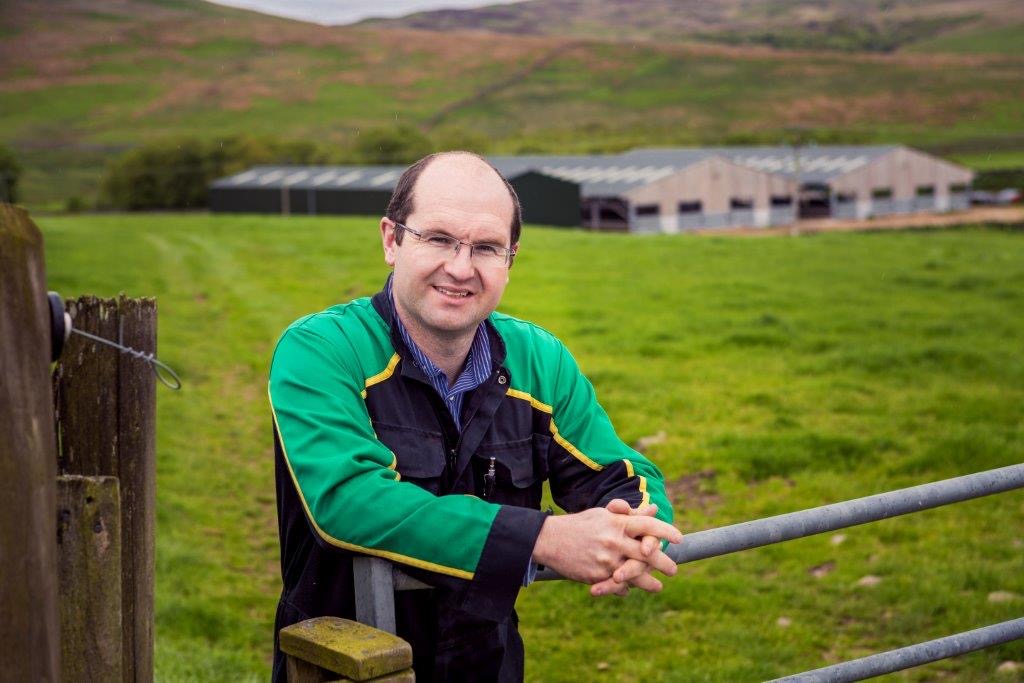 After five years as part of the innovative UK wide pilot project, RamCompare, Bowhill Estate Farm Manager, Sion Williams, believes that the programme has helped close the gap between commercial and pedigree producers.

Launched in 2015, RamCompare is the UK’s commercial progeny test and tests performance recorded rams from various different terminal sire breeds. The project, which is funded by Quality Meat Scotland (QMS) along with other partners, has determined that commercial producers can identify the most profitable rams for their production system by using Estimated Breeding Values (EBVs).

Over the five years that Bowhill has been part of RamCompare they have collected records on over 3000 lambs. By using recorded rams, they’ve been able to improve the productivity and profitability of their flock and found a difference in lamb value of approximately £5/lamb.

With his formal involvement in the project now complete, Sion says that it has been an interesting and rewarding experience.

“Although it was an industry-wide initiative, we really benefitted from being a part of it. The main thing for me was the fact I got to compare my ewe flock against six other farms, gaining an understanding of how they performed in the industry.

“It also allowed us to evaluate how our terminal sires compared to the five rams that were supplied through the RamCompare project.”

Sion is responsible for 6,555 hectares on the Bowhill Estate. Bowhill’s sheep enterprise extends to 8,100 breeding ewes, of which 2000 are cheviots, 4800 blackface sheep, and 1300 cross ewes which are Aberdale or Aberfield x Blackface bred.

Alongside the technical aspects of the project, the sense of community between breeders was another important feature, says Sion.

“I met some great producers during the project, and it provided an opportunity to build a relationship between the commercial and pedigree breeders, which can sometimes be disjointed.

One breed that surprised Sion was the two Beltex rams used at Bowhill which became leading rams for carcase conformation last year.

“I found the Beltex aspect quite interesting. Normally we’re drawing fat lambs aiming for 17-21kgs deadweight but we found they were killing out a lot better. We felt we couldn’t get them drawn over 35kgs, which is our normal weight draw. So we thought we were killing light-weight lambs, but actually, we were in the wight range because they were killing out slightly better.”

Sion, who has been recording and monitoring his flock performance for several years, is looking forward to following the project as it continues into its next phase.

“It will be interesting to see where the project goes next. Personally, I would like to see a focus on more maternal traits, or even take it up to the hill flocks because, if you think about it, most lowground flocks originate from the hills and there is no recording at all done on them. If 50% of your ewe flock producing these replacement lambs is not recorded, then there is a potential to add value in the hill flocks.”

Bruce McConachie, Head of Industry Development at Quality Meat Scotland, said: “Sion has been a great ambassador for the RamCompare project and I’ve no doubt that the data Bowhill has supplied has helped improve the accuracy and relevance of the UK’s sheep terminal sire genetic evaluations.

“QMS will be soon announcing the new farm, based in Scotland, which will be participating in the project.”

For more information on RamCompare head to www.ramcompare.com. If you would like to obtain a free copy of the updated guide ‘‘Using EBVs as a Tool to Breed Better Sheep’’ contact QMS on 0131 510 7920. It is also available to download here.