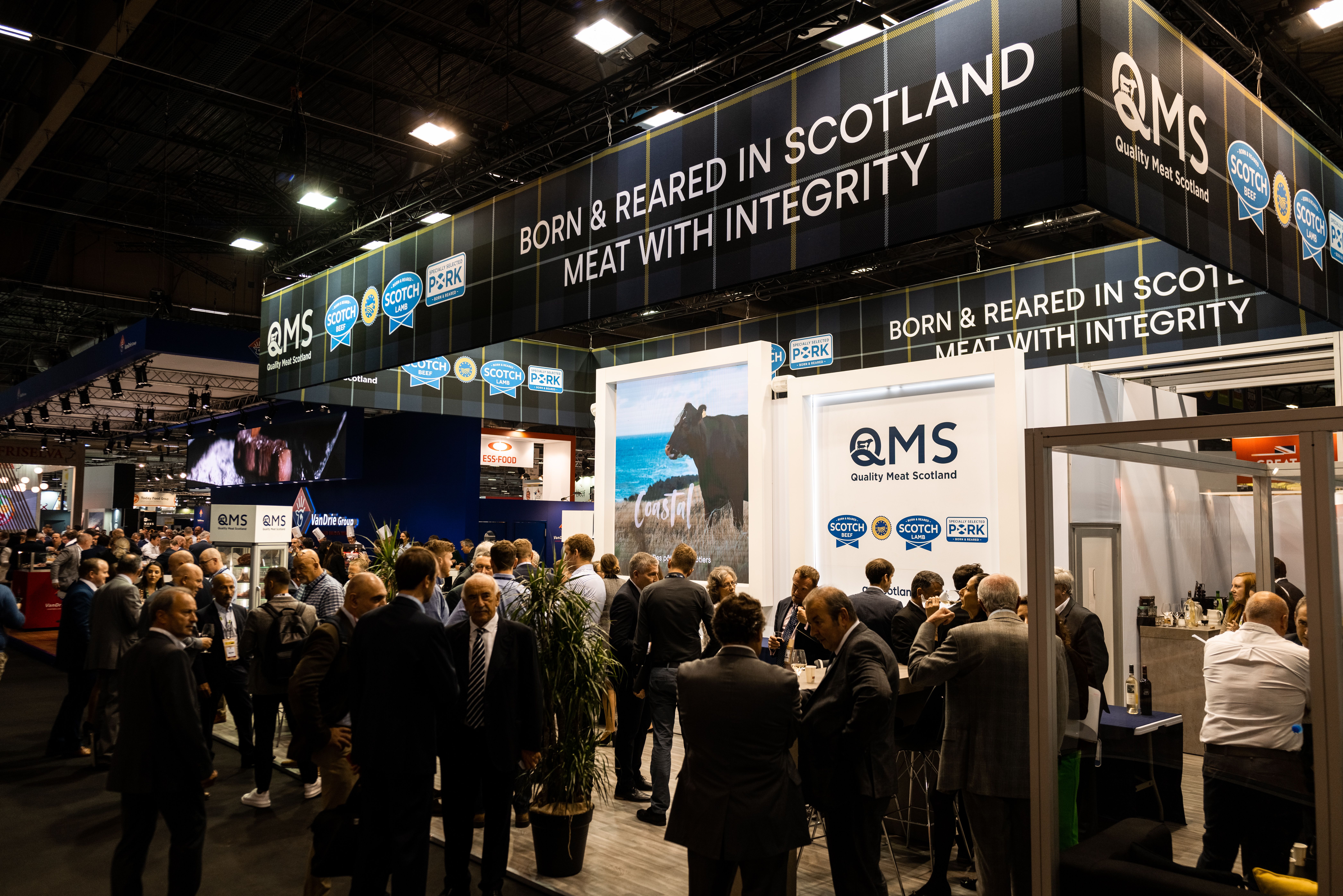 Scottish exports of red meat and offal sold outside the UK rebounded to £80.5m in the year from August 2021 to July 2022 according to a new report from Quality Meat Scotland (QMS). Results from the QMS annual export survey reveal the value of export sales was nearly 7% higher than when the survey was last carried out for the 2019/20 period, and recovered to within 2% of the pre-covid peak in 2018/19.

“The value of long-running relationships with importers built on trust in high quality products came to the fore during this complicated period.  Indeed, around 93% of overall export revenues were generated in EU markets, climbing to around 99% for Scotch Lamb.”

Sales into non-EU markets also expanded, including Hong Kong, Japan and Canada, while Switzerland remained an outlet for high value cuts of beef and lamb.

Mr Macdonald reiterated the value of export markets in balancing both carcase and revenue:

“With thin operating margins in the processing sector of as little as 2%, export markets are a vital source of additional revenue over and above what can be achieved in the home market, helping to balance the carcase.  In turn, this supports the amount of money that can be spent procuring livestock from Scotland’s cattle, sheep and pig producers.”

Scotland’s exporters generated nearly £53m from beef sales during this period, according to the survey.  Within this total, exports of Scotch Beef were worth nearly £31.5m to exporters and the average value per tonne of Scotch Beef exported was around £3/kg higher than for non-Scotch Beef.  Some of this premium is likely to reflect the balance of cuts being traded, explained Mr Macdonald.

The main export destinations for Scotch Beef in 2021-22 were Italy, France and The Netherlands, collectively accounting for nearly two-thirds of the total, with Belgium, Germany and Hong Kong also proving to be important markets.  Along with the Irish Republic, The Netherlands and France were the main destinations for non-Scotch Beef, accounting for more than 80% of trade.

Switzerland was a market where only very small volumes of Scotch Beef were exported, but trade took place in high value cuts, averaging well above £20/kg.

“This indicates the opportunity that exists for sales of premium cuts of Scotch Beef to buyers seeking out the highest quality beef in a competitive global market,” Mr Macdonald highlighted.

A number of Scotland’s processing companies also ship beef to Northern Ireland, and the value of this trade is higher than for any individual EU market.

“Often this will reflect the movement of products to specialist cutting and packing sites, with the meat then returning to Scotland for sale in the retail sector,” explained Mr Macdonald.  “Similar to this, some of the meat shipped to the Irish Republic may also end up being re-exported, while some of the meat delivered to sites in England and Wales will also end up being sold to end customers outside the UK.”

Although EU demand for lamb remained firm in the year to July 2022, Mr Macdonald suggests export sales are likely to have been limited by a tight supply of sheepmeat in the domestic market. Including trade in offal, lamb export revenues are estimated to have totalled around £20m.  However, exports still accounted for an estimated 15% of abattoir turnover from lamb sales during the period, compared to around 8% of beef sales.  France remained the most important overseas market for Scotch Lamb, with Belgium and Italy also continuing as important destinations.

Sales of co-products to overseas customers continued to make an important contribution to carcase balance for Scotland’s red meat processors.  Overall sales of offal were estimated at almost £9m with close to 90% of this being from cattle.  There were a number of important outlets for these co-products, led by France.  Other important destinations in the EU included the Irish Republic, Poland and Germany.  Further afield, Hong Kong and Japan presented strong opportunities for exporters, with Japan showing the second highest average export price for offal.