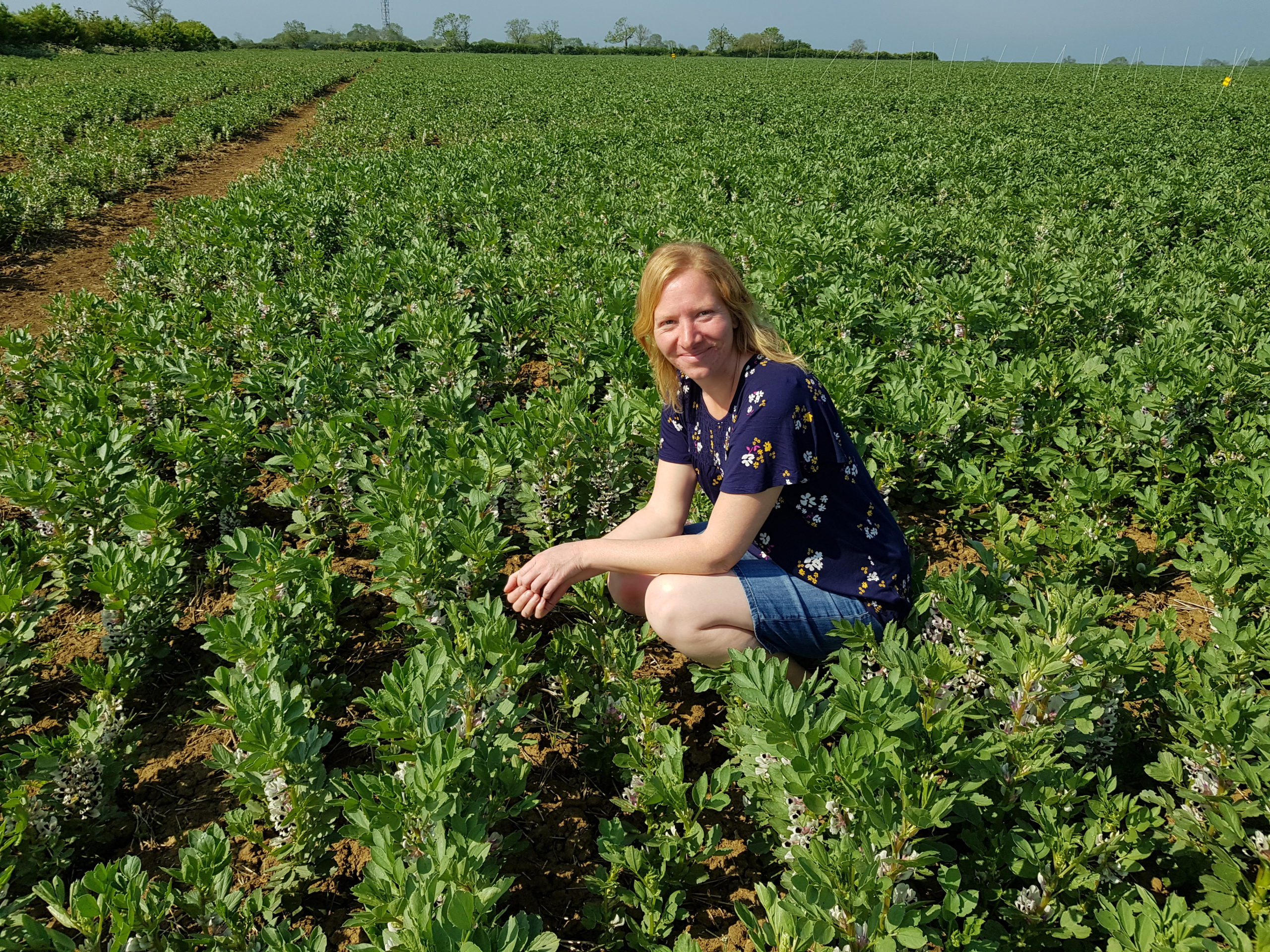 Nearly 70% of bean growers surveyed said they are considering the use of Signum® in their crops.  For a third of these growers, this year would be their first using the product.

“It comes as no surprise,” says Dr Herold.  “Signum is the go-to product for chocolate spot control and conditions have been ripe for the disease.”

“Unlike rust, chocolate spot thrives in wetter, cooler conditions,” she says.  “At one of our trials sites, yesterday (25th May) I saw disease development with easily 5-10% of leaf area covered in spots in the bottom of the crop so there is plenty of inoculum around.”

“It was a cool May and we’ve had plenty of rain so the chocolate spot pressure is quite high. We don’t want to be chasing disease so, as we’re approaching early to mid-flower, we’ll be getting our fungicide on.  It’s about protecting the leaf.

“I tend to like lower water volumes rates but go on with 200l/ha with Signum; in comparison with our other crops it’s a small area and I like to ensure we get good coverage,” he says.

Mr Nugent also recommends keeping forward speeds down at around 12-14km/hr, depending on nozzle choice.  He uses either 04 or 05 low-drift nozzles. “We can probably go a little faster with the 05 nozzles but really, we’re try to keep speeds down to get that coverage.”

250ha of Tony’s acreage is down to beans. “We tend to invest in crops. Having spent money on seed and herbicides, it would be madness to let chocolate spot and rust run riot in the beans,” he says.

“Last year, I went on early.  There wasn’t much disease about beforehand and there certainly wasn’t any after. The season was generally quite dry, with not much rain until August.  Being dry, it was probably more of a year for rust but still, there was nothing on our beans.”

A significant proportion of pea growers are also turning to Signum to control disease.  “Though I’ve not seen many pea crops in flower yet, the high potential for both botrytis and sclerotinia, means it is important to keep a close eye on crops, especially if we continue to have these damper conditions,” says Dr Herold.

“Application advice for Signum in peas is similar to beans, though as peas tend to be shorter, nozzle choice isn’t as important.

“With botrytis you’re also aiming at a different target – the petals rather than the lower leaves.  In high-risk years, we do recommend two applications.  Once at the beginning of flowering and again 10-14 days later at mid-flowering.

“Whichever crop you’re growing, or indeed disease you’re targeting, keep application rates up.  If you don’t, you may not achieve the protection you’re aiming for.”

Signum® contains boscalid and pyraclostrobin. Signum® is a registered trademark of BASF. © BASF 2021. All rights reserved.