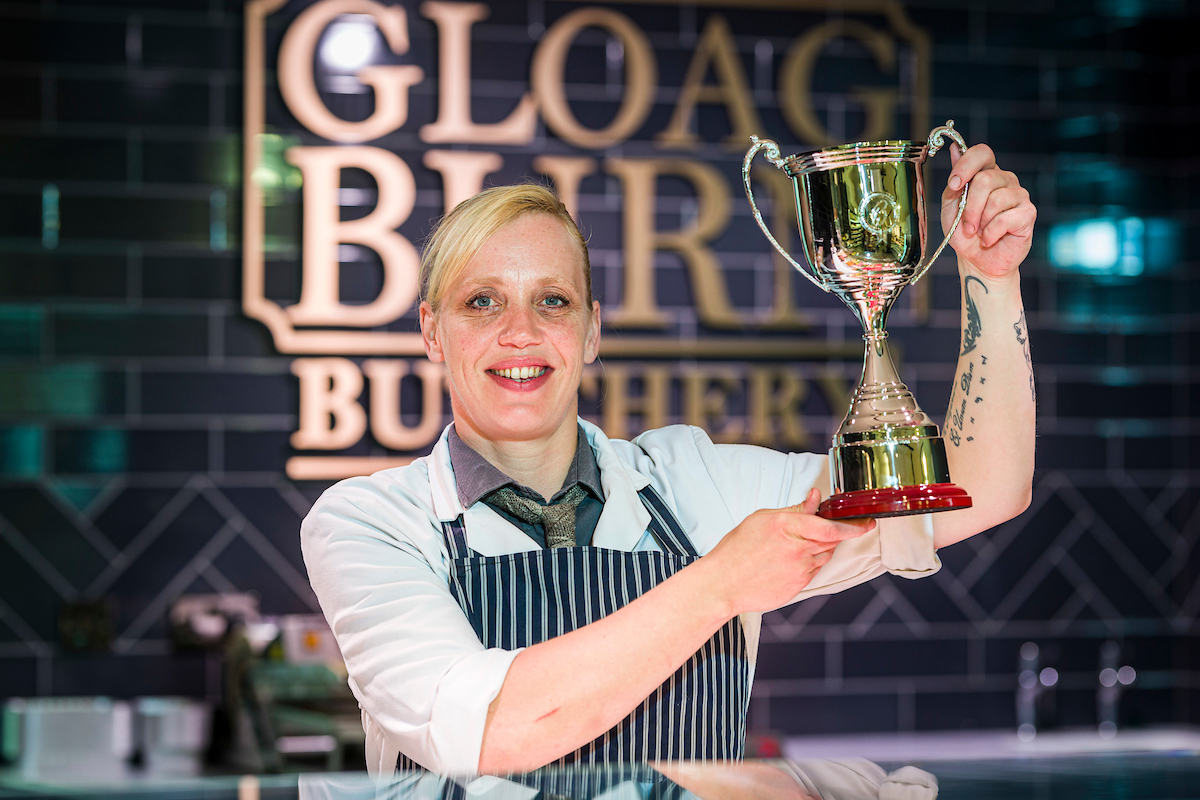 Judge, Jon Brown from Grogan and Browns, Ireland , said: “The quality of the finalists for a first-time competition like this was impressive and I’m sure I speak on behalf of all the judges involved when I say that the caliber of the counter display entries were extremely high.

“What distinguishes Gloagburn Farm Shop’s entry which was created by Wendy Donald and Colin Brown from the rest is the range of product  innovation and uniformity combined with presentation and labelling clearly showed the skill levels required to complete a display of this standard.

The fourteen finalists, based across Scotland, were tasked to create a counter display of Scotch Beef PGI, Scotch Lamb PGI and Specially Selected Pork. Showcasing their craftmanship, the finalists were assessed on their overall technical skill, product innovation, creativity, presentation of the products on display as well as health and safety.

The displays were judged by an international panel of industry leaders from England, Wales, Northern Ireland, Republic of Ireland, New Zealand and Holland.

Owner Fergus Niven of Gloagburn Farm Shop, said he was overjoyed to be the inaugural winner of the Scotch Butchers Club Challenge and praised the team of Wendy Donald and Colin Brown:

“It was a team effort and great recognition to the effort that independent butchers put into their craft day in and day out. Like everyone, we’ve had to adapt and change during the past 18 months, but we’ve been proud to continue to serve our community and this continues to highlight the skill of what we, as an industry, can do.

Gillespies Family Butchers in Lanark and S. Collins based in Glasgow were awarded second and third respectively.

“It’s been a fantastic experience to create a butchery competition which challenges businesses as a whole, and shines a spotlight on their important place in our community.

“New initiatives like this are part of the new Scotch Butchers Club strategy to position butchers as ‘Champions of Scotch’ promoting their skill, craftsmanship and knowledge to consumers.

“Congratulations again to the Wendy and Colin at Gloagburn Farm Shop and to all of our finalists.”

Butchers can apply to join the Scotch Butchers Club for £75per year.