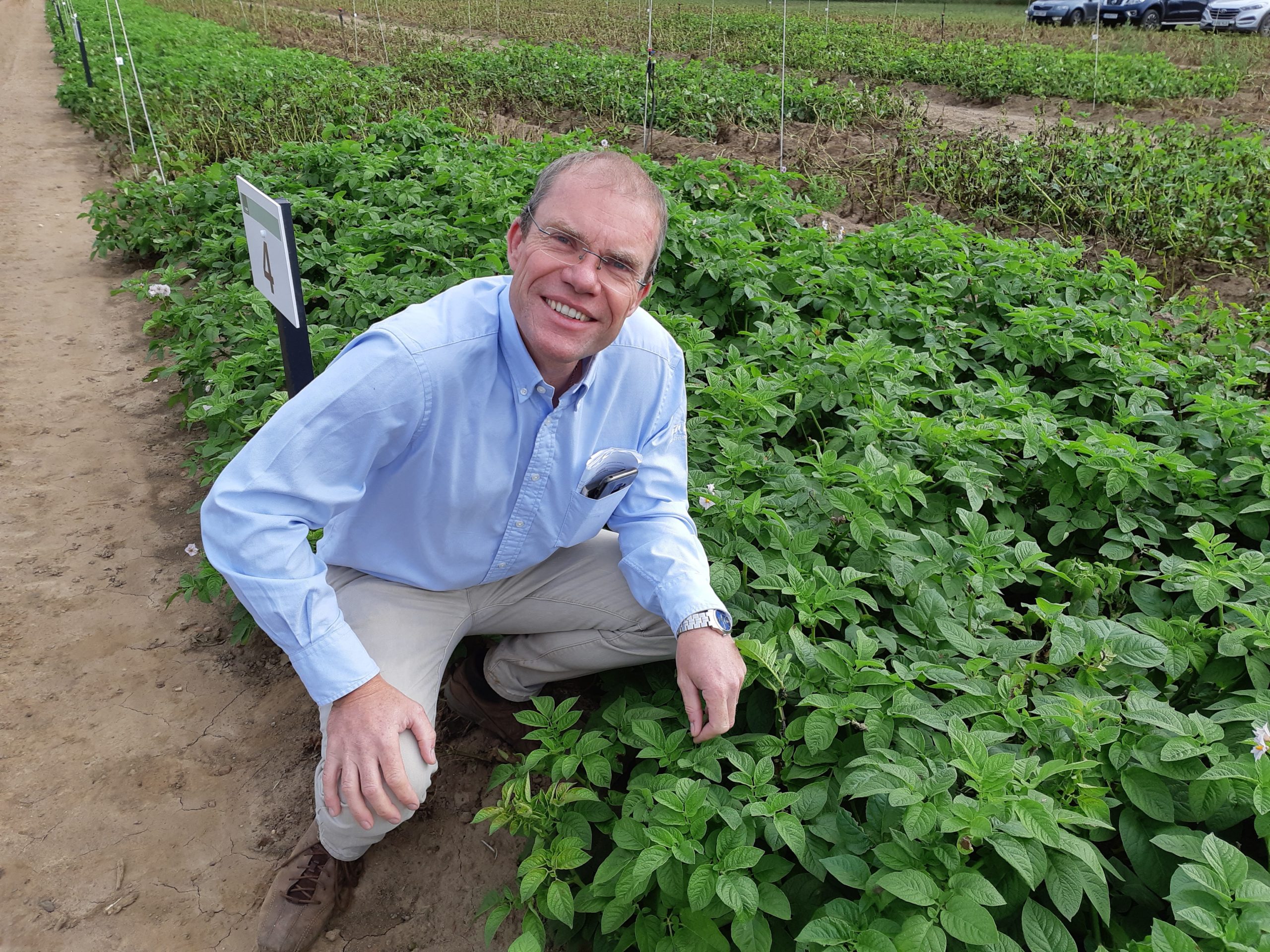 Despite the continued rapid evolution of late blight populations and the potential loss of mancozeb, the future of late blight control in potato crops is promising.

he latest EuroBlight research shows the rapid expansion of invasive clones such as 36_A2 and 37_A2 since 2017. As the latter is known to have reduced sensitivity to fluazinam, this change in the population has implications for crop protection management.

All of these isolates were first seen in mainland Europe and is what makes the EuroBlight research so valuable.  “It gives us a ‘heads up’ on what coming our way,” says Dr Cooke.

Today, researchers on the continent are keeping a close eye on the newly emerging isolate 41_A2.

“What’s unusual about this isolate is that it is appearing where we’d normally find sexual clones and a relatively stable population,” explains Dr Cooke. “At the moment we don’t know much about it, but it is causing problems in Scandinavia.  Fortunately for the UK it currently appears to be spreading East rather than West.”

Dr Cooke advises growers to take note of the dominant pathogen genotypes in their area, and volunteer to become a Fight Against Blight ‘Scout’, submitting samples from their crops. Not only are they valuable contributions to the wider Fight Against Blight and EuroBlight projects, growers will find out what specific genotypes they have within a couple of days, enabling them to plan the most effective spray programmes.

“The first time we saw fungicide resistance in the late blight pathogen was in the early 1980s.  The fungicides affected were the phenylamides. In the 40 years that have followed, we’ve only had one further example, i.e. fluazinam.  That certainly doesn’t mean we can be complacent, but it helps put the resistance issue into perspective,” he said.

“Over the years products approved in Europe have been generally increasingly effective. Today growers have a large number of modes of action and there are more in the pipeline.  So, when it comes to managing resistance, as long as we are responsible in how we use those modes of action, there’s no reason to be overly concerned about the loss mancozeb.”

Responsible use of fungicides, according to Dr Bain, includes limiting the number of applications of individual modes of action to any crop by using mixed modes of action either with co-formulations and/or tank mixes, and alternating between different modes of action.  Limiting the occurrence and severity of late blight as much as possible through IPM strategies, Dr Bain said, will further reduce the likelihood of the pathogen developing fungicide resistance.

“A main crop emerging the first week of June has 18 weeks of foliage to be protected before burndown. An average potato crop, in an average year will have 12 late blight sprays.  In a difficult year, that could be increased by another 50%.”

“While in theory there are 207 available products with 12 modes of action between them, many are being challenged by resistance or by the reapprovals process. Add in the fact that many are co-formulations, and the challenge of protecting the crop without exceeding maximum applications of a given product, or of an active ingredient dosage, becomes apparent.”

It is why, he says, BASF have developed Enervin SC® as a straight formulation.

“It is the first straight formulation of ametoctradin, which is QoSI chemistry. It offers growers flexibility and potentially, simplifies programme planning for growers and agronomists.  It’s well suited to the stable canopy slot and potentially frees up CAA and QII chemistry for use elsewhere in the programme.”

A 2019 Eurofins trial, demonstrated Enervin SC®’s efficacy; providing outstanding control despite the artificially high disease pressure. It worked well in partnership with propamocarb, mandipropamid and mancozeb. In 2020, BASF repeated the trial replacing mancozeb with a cymoxanil/propamocarb co-formulation. Again, all treatments stood-up to the challenge well.

BASF has another blight spray in the pipeline, BAS657.  “It’s systemic, multi-site chemistry and, like Enervin SC®, it is regarded as one of the strongest products in the Eurofins and SRUC trials,” notes Mr Goddard.  “It’s a co-formulation with two unique modes of action in ametoctradin and potassium phosphonate.  The latter triggers host plant defences and works in synergy with the QoSI chemistry. Positioned early in the programme, it offers protection when the crop is at rapid canopy development, protecting the foliage.”

While mancozeb may be missed by some, new chemistry like Enervin SC® and BAS657, with increased efficacy and flexibility will undoubtedly help growers and agronomists further control late blight.