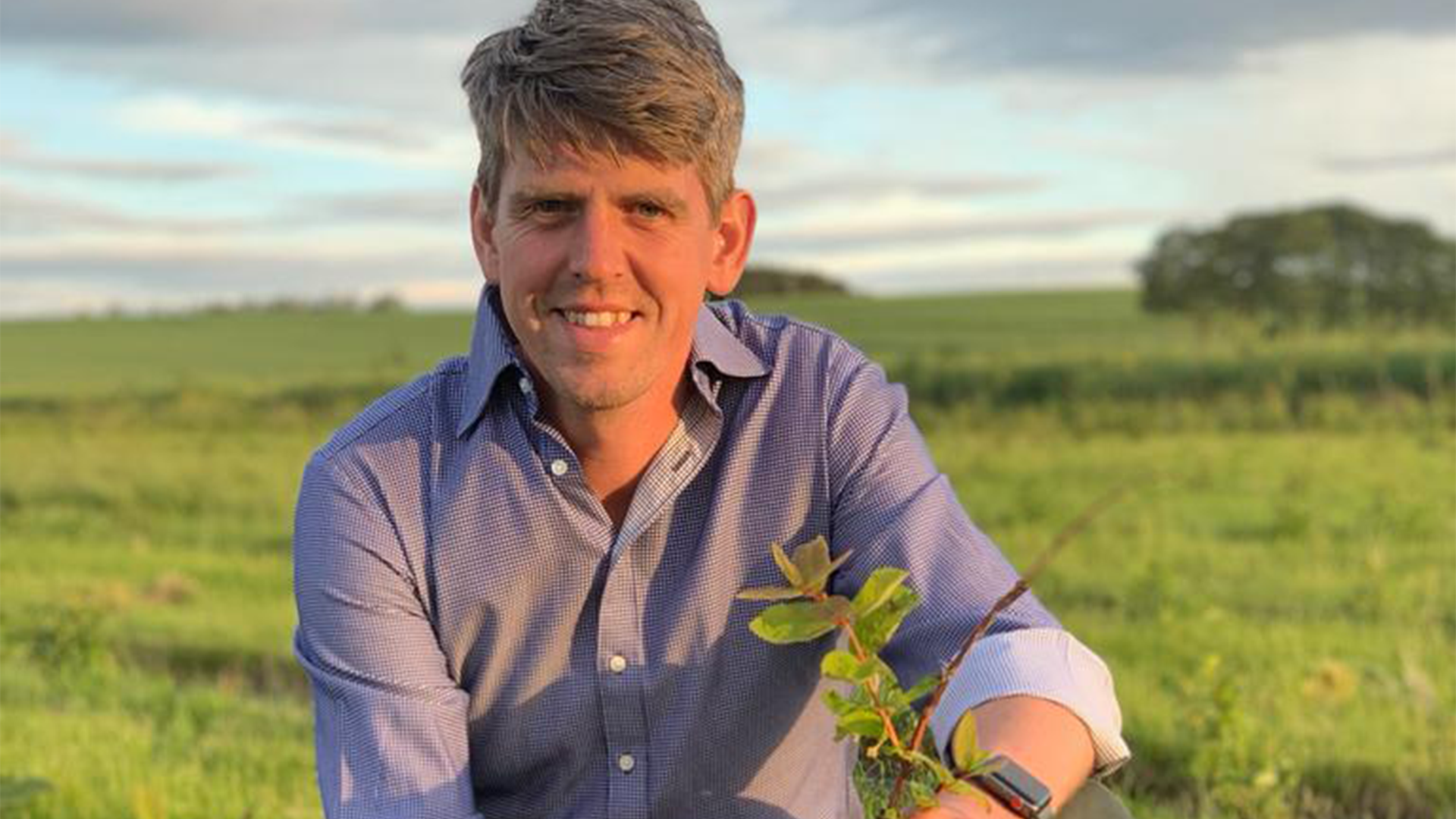 A farmer from Forfar has maintained profitability and improved soil health after introducing sheep to his arable rotation.

Hugh and James Black and family, who farm at Backboath, have an arable business that extends to just under 400 hectares, producing predominantly potatoes, winter wheat, winter barley and oilseed rape. There is no spring cropping on the farm, other than potatoes and some spring beans, and they operate a seven-year rotation, with three breaks, recently adding beans into the mix.

Hugh Black, along with four other farmers, make up the Soil Regenerative Agriculture Group, working alongside Farming For a Better Climate (FFBC), delivered by SAC Consulting,to establish how best to support, enhance and protect their farm soils.

Three years ago, Mr Black started working with a grazier to introduce sheep into his rotations and has been reaping a multitude of benefits from the process.

“The sheep give us a new income, we save on chemical usage and there is no need for a T0 spray, as the sheep eat everything,” said Mr Black. “We will take anything from between 250 to 850 sheep annually and we move them on, between fields, when they graze everything down to the bone.  We thought there might be an issue with poaching, but we have been very lucky that no crops have ever been lost.

“Since having the sheep, we are able to drive over all the fields without leaving a mark. They compact the ground on a surface level which makes it brilliant for springtime nitrogen applications and this follows though in to harvest too.”

The main benefit the sheep have brought to Backboath, he said, is the drive it has given him and his team to get out for walks and check the farm more often.

“When you have hundreds of sheep grazing your fields, it gets you out and about walking the fence regularly, which is not only a good 2km walk, which we can all benefit from mentally and physically, but it is a great way to notice damaged dykes and burst drains. We have noticed so many things we wouldn’t have seen in the past, it is a great way to give yourself a farm check as well as a health check.”

SAC Consultant Zach Reilly, who leads on the work with the Soil Regenerative Agriculture Group, said: “For Hugh, everything has been about striking a balance between improving yields, protecting his soils, while maintaining profitability.

“Introducing sheep has proved a win-win. He has been able to cut back on chemical fertilisers, improve his soil structure and it has allowed him to sow earlier to take advantage of establishing his crops in better weather, letting the sheep graze crops down before getting them back to a clean healthy status for the spring. Alongside the sheep, he has seen huge benefits from direct drilling and introducing beans to his rotation as a break crop for wheat.”

To hear more about the work carried out by the FFBC team and Soil Regenerative Agriculture Group, farmers and growers are invited to attend an event at Backboath Farm on Thursday 9 February to hear an overview of the group’s progress, trials and experiences.

Discussions on the day will cover a range of topics including crop establishment, agronomy choices and integrating livestock.  For more information and to register for your free ticket, please visit https://www.farmingforabetterclimate.org/about-us/events/