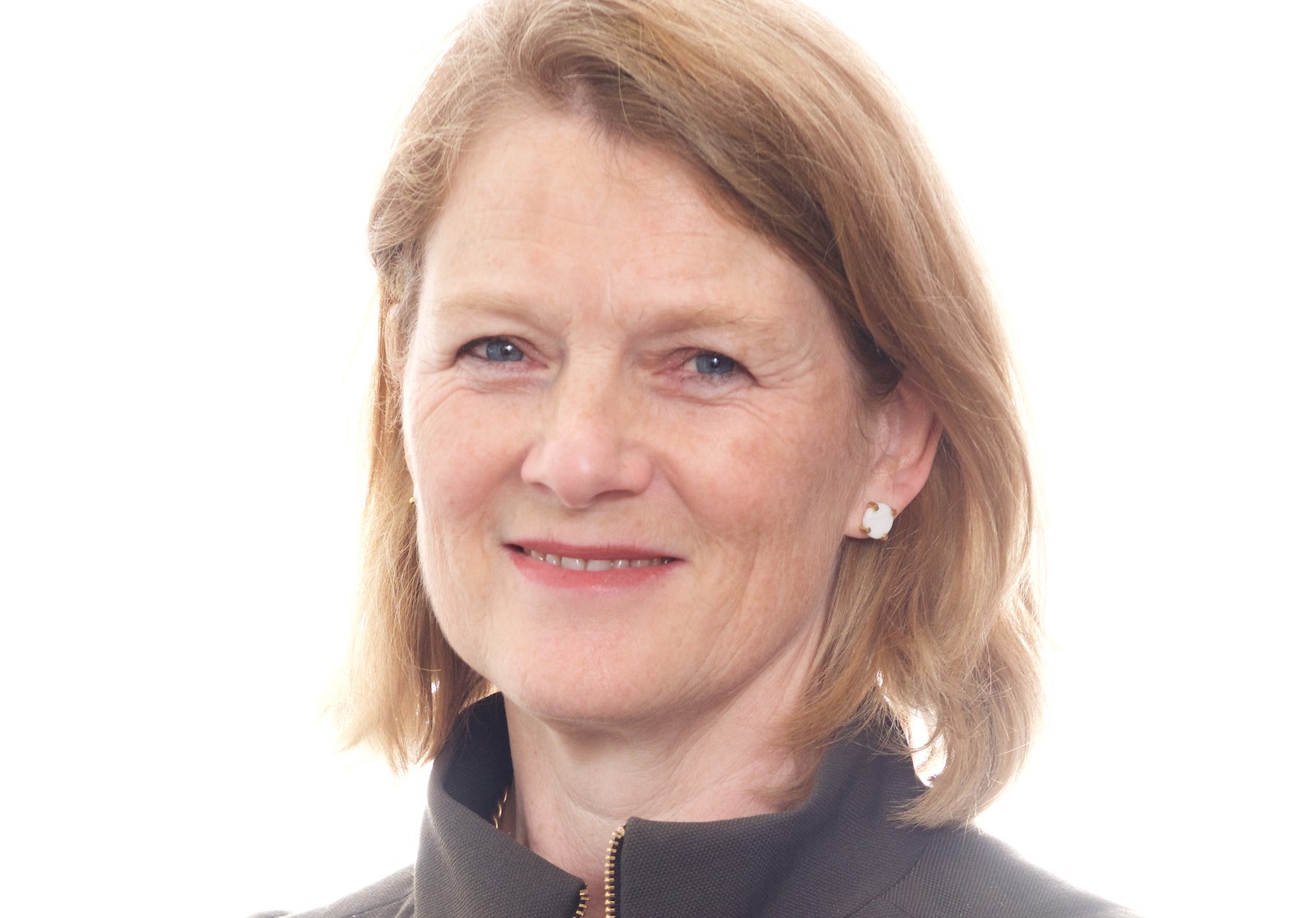 “You could say my career has been a series of successes or a sequence of failures,” Ms Tacon told the Alumni as she reflected on a professional portfolio that spans Mars, Vodafone, Fonterra, Cooperative Farms, her role as the first-ever Grocer Code Adjudicator (GCA), and, for the last five years, Chair of MDS. She also chairs the BBC Rural Affairs Committee.

Ms Tacon said that in all her roles, it became clear that the most enduring impact of any job is the one you have on people – and helping them to realise what they can achieve. This dovetailed perfectly with MDS, for which she put herself forward as Chair in 2016, as she saw it was “changing people’s lives and will change the industry too”.

The MDS graduate training scheme, which involves four six-month placements in different businesses, pushes trainees to their limits, she said, and how they respond can be life changing:

“I thought I’d worked in fast-paced industries until I saw fresh produce. MDS Trainees are thrown more than they think they can handle, but their can-do attitude means they’re not easily fazed. There may be some placements they don’t enjoy but they will get through it and the most common feedback is that they learn the most about themselves in the toughest six months. Throughout, the trainees are supported and mentored by MDS and the network of others in their group.”

Max, who in his first six-month placement with MDS has been supporting the Operational Manager at Finsbury Food Group in East Kilbride, said MDS graduate training has been the most extraordinary experience, particularly in a year dominated by lockdown:

“You join a company for six months and have to make an impact. I have been lucky enough to be in the office every day, but for many trainees this year they had to do this without going in to the business. The immersion is unbelievable. It’s full speed from day 1. The support from MDS has been excellent, and the network of other trainees and the way we club together and look after each other is amazing, even though it’s had to be largely virtual this year. I think if we can make it through this, normal life will seem relatively easy!”

Ms Tacon’s overriding advice to those starting their career is to find a mentor.

“It doesn’t have to be a great commitment for the mentor, but having someone who can give advice, to chat to when things go wrong and who you can bounce off ideas will help develop you as a person and accelerate your career. If you identify a mentor, cling on to them. This is why I run a Women in Food and Farming (WIFF) specifically to create a network of mentors for women in the sector, one of a few networks I am part of to encourage mentoring.”

To listen to the full conversation, see: https://www.rau.ac.uk/alumni/alumni-events

More from Christine Tacon in conversation with Max Pitman:

On what inspired your career path…

Aged 14, we went on a school trip to Rolls Royce Aero Engines in Derby. I was not particularly keen or interested. As I donned my coat for the tour, the person leading the tour walked through the door. For some reason, it never occurred to me that a woman would be the production manager. I followed her around thinking I want to be like you and, from then on, I chose science at A-level and did an MEng at university.

When I graduated, I looked for opportunities in the big corporates such as Unilever and Mars and chose a job at Coats Viyella as I wanted to speak languages, and the role was based in Germany. I worked for them as an engineer for the next three years, and then went to work for Mars, which I’d turned down after university but wondered if I shouldn’t have. I stayed for 7 years in production and marketing roles and from there I was headhunted. I was flattered to get the call, but it was a move I probably should not have made as the business (Wang, one of the first word processers) went bankrupt! It can be too easy to stay in a role or a company and I rarely looked elsewhere, so almost all my career moves were as a result of being head hunted, including working for Fonterra and running the Co-op’s farming business.

Get a mentor early on – it doesn’t need to be a full-time mentor but someone who is there when things go wrong and to bounce off ideas, particularly job moves. It won’t be your parents or your boss. It’s someone a bit more distanced who you respect and can talk to.

You could look at my career so far as a series of successes or a sequence of failures. I spent 18 months working on a campaign for Vodafone and others to run the National Lottery which lost out to Camelot and 11 years at Coop Farms for the Coop to sell the farms soon after I left. I succeeded in what I had to do but it’s a shame when there is nothing left to show for it.

On where we all have an impact…

I realised that the real impact we all have is on people and that the most enduring impact of my career has been on those who worked for me – helping them develop and achieve things they didn’t think they could. MDS dovetailed perfectly into that.

On recruiting from the any degree into the food sector…

MDS recruits from all sectors and 80% of trainees don’t have a farming background. We have graduates from bio-archeology, music production and a whole spectrum of degrees. What we are looking for is young people who show leadership potential, and who are robust, resilient and flexible.

I thought I’d worked in fast-paced industries until I saw fresh produce. It has a short shelf life, you have to change tactics if the sun comes out and everyone wants strawberries, and there are tiny margins so you have to be constantly focusing on improvements. MDS Trainees work in our member business like consultants on day-rates and they only have six months, so they have got to get going and achieve. One member business said having MDS Trainees keeps other colleagues on their toes.

On the RAU 175th anniversary lectures…

I was honoured to be asked to be part of the RAU 175th anniversary interview series. MDS has recruited a number of graduates from RAU and I was pleased that an RAU graduate at MDS was prepared to ask the questions. I particularly liked the Q&A. I hope the RAU students found it useful.