Hope for OSR as industry tackles challenges together 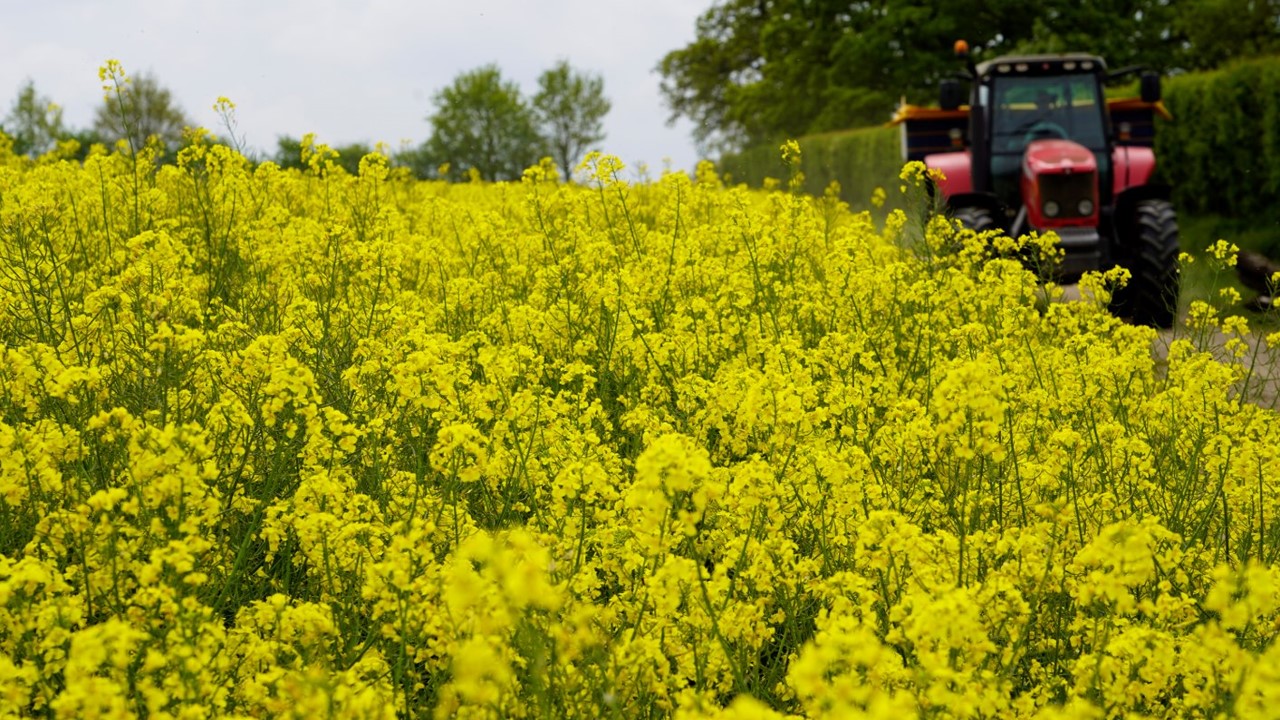 With high prices and deeper insights into cabbage stem flea beetles (CSFB), the future for OSR maybe a turning a corner.

Titled ‘Champion OSR Together: how to get the best from OSR’, the recent webinar hosted on the BASFs Virtual Farm featured ADM’s Martin Farrow, explaining how and why OSR prices are likely remain high, together with ADAS’ Dr Thomas Wilkinson and OSR grower Adrian Joynt showing how drilling early or late avoided the worst CSFB damage in the latest field-scale trial.

Colin Peters, break crop specialist at NIAB, rounded the session off with an emphatic call to action for all OSR growers and agronomists to join one of the arable sectors widest industry collaborations, known as csfbSMART.

“On a mission to support OSR,” explained Lisa Hulshof, BASF market manager. “We know that there are lots of challenges and probably the biggest is CSFB.  It’s led some growers to reduce their acreage and others to drop the crop completely.

“But the future for OSR is looking more positive; prices are high, and we know more about adapting to the challenges of growing the crop.  It’s why we’ve launched the initiative ‘Champion OSR Together’.”

“Worldwide we’re forecast to produce 10 million more tonnes of oils and fats this next year than last.  Yet that only increases stocks by 1.5mmt.  There’s not a lot of room for anything to go wrong and we’re watching the weather in the US, Australia, Canada and the Ukraine very closely. It looks good at the moment but there’s still a lot of volatility in the market with covid, politics and weather all playing their part.”

In the UK cabbage stem flea beetle is driving a reduction in acreage but industry-wide, there’s copious research into the pest and mitigating measures growers can implement on-farm.

Thomas focused on one aspect of an on-going three-year project which aims to minimise the impact of CSFB through improved understanding of pest phenology and biology, as well as testing and validating on-farm controls approaches.

The trials around drilling date build on previous findings by ADAS; drilling early means larger plants when the beetles move in and proportionally less adult damage, while drilling later means adult beetles will have a shorter window to lay eggs and the cooler conditions will hinder egg hatch leading to fewer larvae in crops.

One of these trials, supported by BASF, took place on Adrian Joynt’s 600ha farm in east Shropshire.  With over 100ha of rape in his rotation, Adrian is keen to deepen both his, and the wider industry’s understanding of the pest and how to mitigate its effects.

“Flea beetle pressure is increasing here year-on-year,” he noted.  “This year we lost a crop for the first time.”

Thomas explained how they allocated three fields with the same cropping history, to the trial.  Initially there were three drilling dates: 26th August, 6th September and 15th September. However, the OSR drilled on 6th September was lost to CSFB and was redrilled on 1st October.  This crop also failed.

“Moisture is always important at establishment,” said Adrian. “The first drilled field established well with 82mm of rain the week before sowing, but there was noticeable flea beetle damage.  The crop drilled 6th September came up quite well but immediately after drilling, we went into hot dry spell with a drying wind and the flea beetle attacked. The lack of rain didn’t help and subsequently, the crop failed.  Visually, the 15th September field was easily the best.  The crop emerged evenly, it had the best plant counts and least grazing by adult flea beetle.”

ADAS’ analysis showed Adrian’s observations to be accurate and Thomas showed how trapping at a Harper Adam’s monitoring site, less than a mile away from Adrian’s farm, revealed the migration of adult beetles coincided with the proportion of damage seen in these trial crops.

Later this season Thomas and Adrian will be looking at how the CSFB damage effects yield in the remaining two crops.

The final talk was a call to action.

csfbSMART is an ambitious on-farm monitoring and trials programme bringing together farmers, agronomists, researchers and the supply chain, with the aim of testing management methods and tools.

“There is no blueprint for combatting flea beetles,” acknowledged Colin.  “Each farm and each season is unique. Yet across the country many techniques are being deployed with some success. We want to learn from those people.”

NIAB already has a large bank of data from its annual survey but it’s by no means complete and there is much we still don’t know about CSFB.  “A big part of this project is about developing the tools farmers need to make effective management decisions.  It’s about establishing a network of growers and pulling together our collective experiences and knowledge, and sharing that, so as an industry we can develop practical approaches to combatting this pest.

“We’re trying to empower farmers to develop their understanding about population and behaviour of the CSFB in their area.”

The scope of the project is huge.  Areas of particular interest include drilling dates, cover crops, volunteer crops and CSFB emergence (both in OSR and in following wheat crops) and how these factors inter-relate to provide a more holistic picture. There’s funding for the distribution of tools such as traps, surveys, virtual meetings and much more.

“We can only help ourselves.  Researchers can help growers, if growers help research and that means all of you.  Small plot trials won’t help in this case, we need to document geographical successes and share that information.  We need to recouple crop establishment with crop survival and final production,” said Colin.

“While we may not have all the answers now, the combination of sustained prices and the breadth and depth of research going on across the industry, there are certainly reasons to be hopeful for the future of this valuable and important break crop,” summarises Lisa.