Grower drawn to air curtains to help environment and save cash 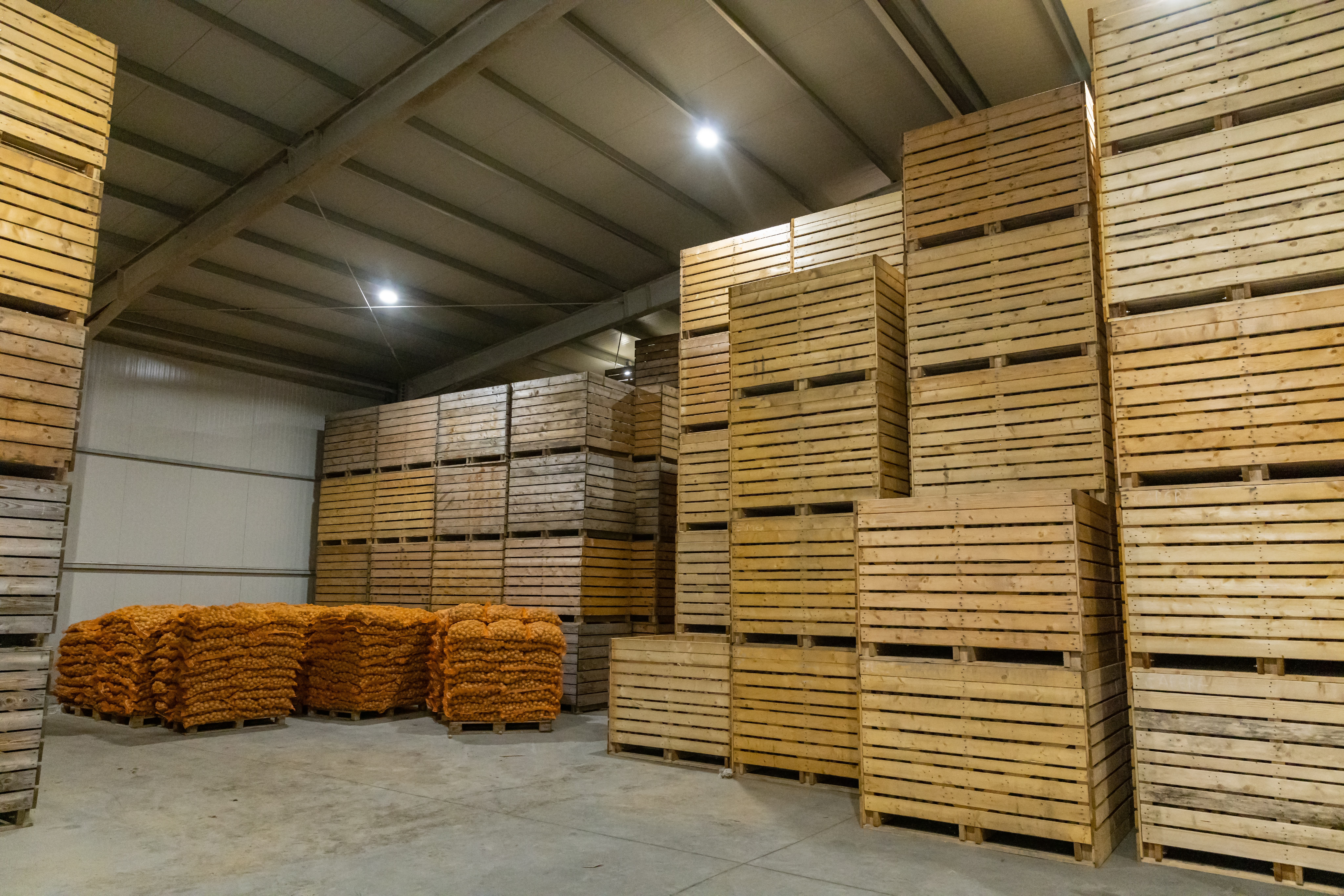 A Scottish potato grower found that investing in better air flow in his stores, has reaped major benefits for crop quality and energy costs, while also reducing the environmental impact.

The Farming For a Better Climate (FFBC) team, at SAC Consulting, part of Scotland’s Rural College (SRUC), is urging potato growers to monitor their energy consumption, to better address efficiency levels in their stores and keep on top of spiralling costs.

Potato Consultant, Dr Kyran Maloney, said: “Storing potatoes is a big cost for growers, particularly with increased energy costs the current economic climate has brought. There is a great deal of uncertainty on energy prices and support for the coming year which makes forward planning a challenge. Growers cannot control energy prices, but they can get a handle on their usage and improve efficiency.

“Costs of storage can be daunting to calculate, but there are a number of tools including a costing model we have produced which can help. Growers should monitor their energy consumptions as surprisingly few stores are fitted with smart meters. The efficiency difference between a good and a poor store can be huge and areas which can be looked at include, uncontrolled leaks in stores, optimising airflow by fitting curtains and the basic servicing of refrigeration units.”

James Fairlie, who grows potatoes at Kirkton of Monikie, in Angus, recently had air curtains fitted to two of his stores and is already noticing a difference in air flow, energy use and quality of his crop.
James, who grows 400acres of potatoes, explained that last year’s energy bill was £9000 compared with £6500 for the month of October alone, which prompted him to take action.
He said: “I probably took electricity for granted in the past as it wasn’t overly expensive, but this year the high costs have given us the drive we needed to become more efficient and look at our whole operation and what we can be doing better.

“We had air curtains installed at two of our four stores to improve air distribution through our boxes and recent tests found that air flow has increased from the standard recommended 0.3m per second, to 1.7m per second. This should lead to a reduction in disease and early indications are that crop quality has not deteriorated since being on site.

“By targeting air directly over the boxes, you reduce cooling times, improve overall efficiency and this has allowed us to reduce fridge running times by 30 per cent, which saves a big monthly bill.” James added that curtains are affordable and accessible, with his own investment paying off in the first month.

“Once I install the curtains at my two other stores, I’ll be looking at an energy consumption drop of 25 per cent on farm, which is around 100,000kwh annually,” he said. “This is not only good for our bottom line and crop quality but can only be a positive for the planet.”

For further information on how to explore different energy options for your farm, visit www.farmingforabetterclimate.org