Farm Kid Diaries kicks off for a second season 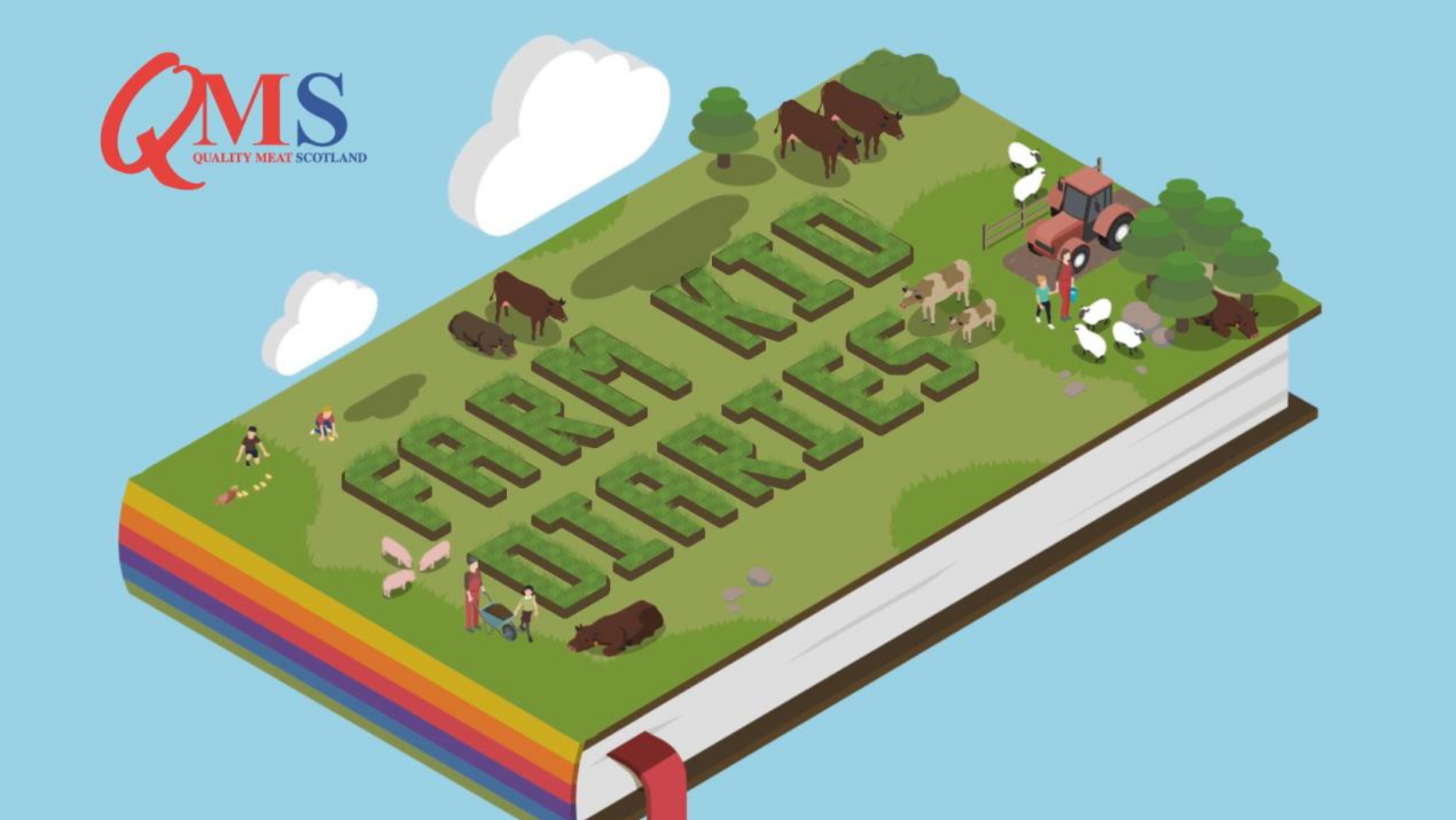 After the highly successful first season, which garnered over 120 thousand views, Quality Meat Scotland’s (QMS) ‘Farm Kid Diaries’ is back for its second season with country kids, and their city counterparts, encouraged to get involved.

With consumers reconnecting with food during lockdown, and in particular red meat which has seen increased sales, the next season of Farm Kid Diaries will connect the industry and the general public with farming through the eyes of under-16s living on farms across Scotland.

Kate Rowell, Chair of Quality Meat Scotland, said: “I think a lot of us can agree that Farm Kid Diaries was a positive, shining light through the sometimes dark covid-clouds.

“Our young farmers did a fantastic job of bringing the outdoors in and sharing our positive messages about where our food comes from and the high welfare and sustainability standards its produced in, as well as those who produce it.

“For this season, we will be involving our Scotch Kitchen in Schools programme with metropolitan children submitting questions which participants in the Farm Kid Diaries will answer.”

With videos launched over April, any young person who is interested in sharing their farming story is encouraged to get involved.

Logan Cameron, aged 10 from Corse of Kinnoir Farm near Huntly, whose video in season one reached over 10,000 people, is excited about participating in the next season.

“Mum and I have been excited to start filming videos again on the farm and I can’t wait to update everyone on what’s been happening.

“It was great to see how other young kids help out on the farm too. I have some friends who are joining in this year and I am looking forward to seeing what everyone comes up with,” said Logan.

The video series will be released over April on QMS’ social media channels, and young people keen to get involved can film their own story using the #FarmKidDiaries hashtag and tagging @QualityMeatScotland on Facebook or @qmscotland on Twitter and Instagram or by uploading to WeTransfer and sending to lstrang@qmscotland.co.uk.

Entries close on 31st May and the best video, judged by QMS Chair Kate Rowell, will win a prize .