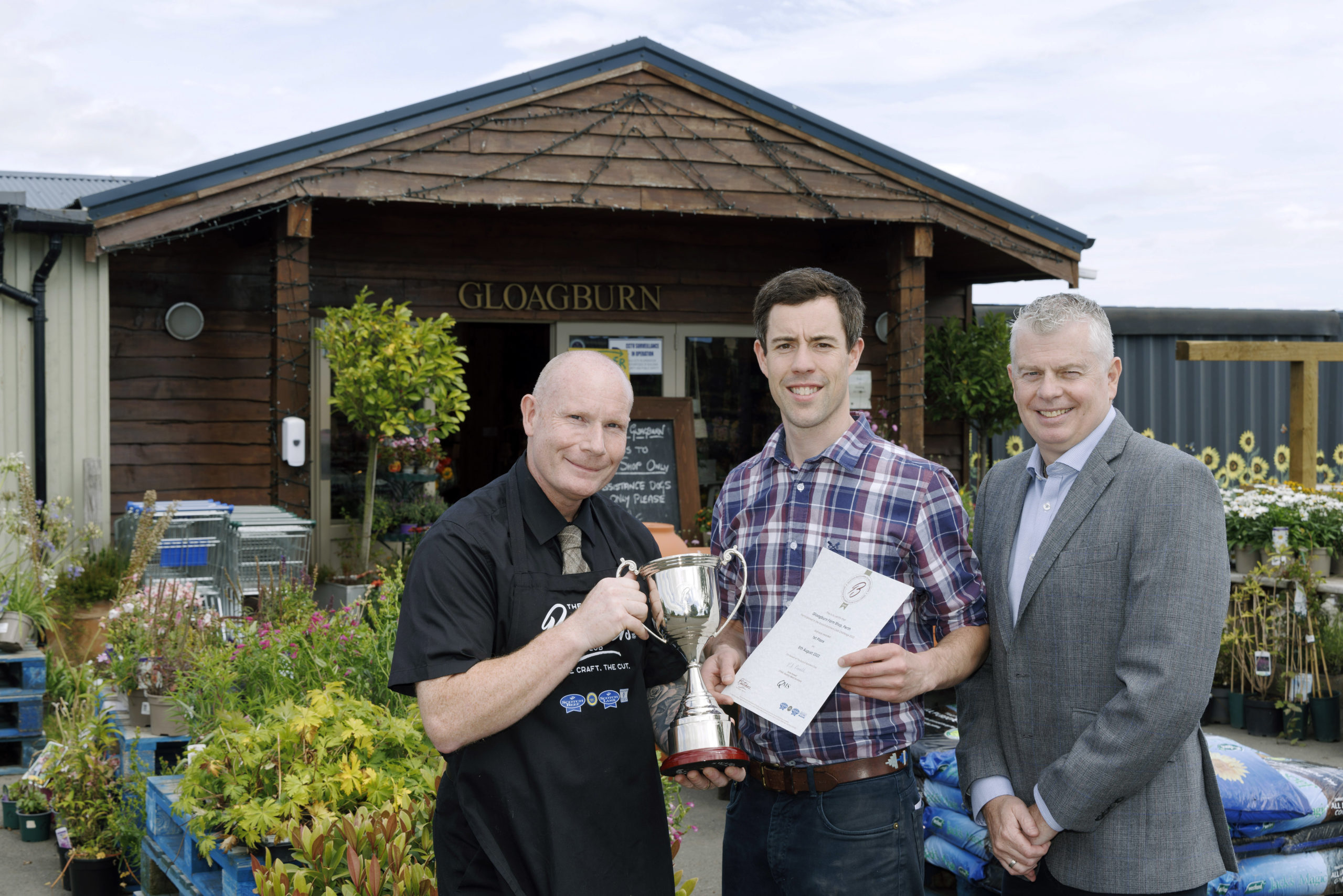 Gloagburn Farm Shop, Perthshire, has once again been crowned champion of the Scotch Butchers Club Challenge by a panel of international judges, announced today by Quality Meat Scotland (QMS).

In what was the second contest of its kind, head judge Michael O’Kane from Northern Ireland highlighted the standard of entries coming from Scotch Butchers Club members across the country:

“This year’s contenders were exceptional and ticked all the right boxes for us with the way they showcased the quality and versatility of Scotch Beef, Scotch Lamb and Specially Selected Pork.

“Despite a very marginal number separating the scores of the final three, Gloagburn Farm Shop’s winning entry, which was created by Colin Brown, demonstrated a unique combination of standout produce, visual appeal and practical ability.”

The finalists were tasked with creating a counter display of Scotch Beef, Scotch Lamb and Specially Selected Pork. Showcasing their craftmanship, the finalists were assessed on their overall technical skill, product innovation, creativity, presentation of the products on display as well as health and safety.

The displays were judged by an international panel of industry leaders from England, Wales, Northern Ireland, Republic of Ireland, New Zealand and Holland.

Owner of Gloagburn Farm Shop, Fergus Niven, said he was thrilled to be the winner of the Scotch Butchers Club Challenge for the second year and praised Colin Brown:

“To take home the title once again has been a real honour, and it is both a testament to the skill and dedication of our team here at Gloagburn, and a reflection of the craft inherent to modern butchery.

“We are immensely proud of the produce we serve to our local community, and this trophy will sit with pride above our countertop for another year, in recognition of their continued support too. We are already looking forward to taking part in the competition again next year.”

Hunters of Kinross and DH Robertson, based in Arbroath, were awarded runners up respectively, with Cairngorm Butchers, John Saunderson, Castletown Butchers and the Smiddy Butchery all highly commended.

“Scotch Butcher Club members have an incredible story to tell, and this competition is a way of celebrating the teamwork and expertise involved in running a successful butchery business.

“We are a unique community, combining tradition and innovation in our everyday practice to produce quality products for our customers. I would encourage any of our members to get involved in the Challenge, as it truly shines a light on the craft as well as allowing contestants to connect with other experts in the field.”

Once again, I would like to congratulate the team at Gloagburn Farm Shop for an exceptional entry.”

The Scotch Butchers Club proudly supports independent butchers from across the UK who stock Scotch Beef, Scotch Lamb and Specially Selected Pork. For more information and details on how to get involved, visit www.scotchbutchers.com